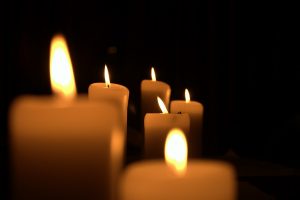 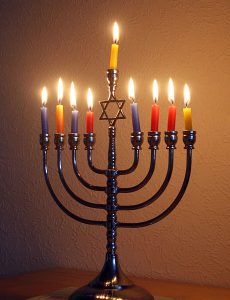 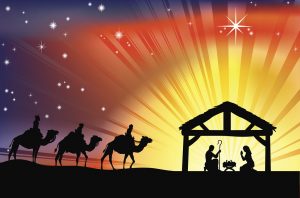 The Global Health Office (GHO) would like to wish the Dalhousie community, as well as all of our partners and blog readers, a Happy Holidays! For students, we hope your exams went well, and that you will be able to take this time to relax with your loved ones. If you are interested in becoming more involved with the GHO in the New Year, please contact us at gho@dal.ca.

It wouldn’t be a holiday post from the GHO without profiling some of the holidays celebrated in different countries, cultures and religions around the world in December and early January.

Dr. Maulana Karenga, professor and chairman of Black Studies at California State University Long Beach created Kwanzaa in 1966. Dr. Karenga was searching for a way to bring African-Americans together as a community to celebrate family, community and culture. The name Kwanzaa is derived from the phrase “matunda ya kwanza”, which in Swahili means, “first fruit.” It is based on the year-end harvest festivals that have taken place throughout Africa for thousands of years [1].

Celebrations vary from family to family, but often include songs and dances, African drums, storytelling and a large traditional meal. The celebration lasts seven nights, one for each Nguzo Saba (seven principles in Swahili) that contributes to building and reinforcing community among those of African heritage [2]. The Nguzo Saba are values of African culture: Umoja (Unity), Kujichagulia (Self-determination), Ujima (Collective Work and Responsibility), Ujamaa (Cooperative Economics), Nia (Purpose), Kuumba (Creativity) and Imani (Faith). There are also seven symbols of Kwanzaa, often used to decorate one’s table: kikombe cha umoja (the unity cup), kinara (the candleholder), mazao (fruits, nuts and vegetables), mishumaa saba (seven candles to represent the seven principles), mkeka (placemat), vibunzi (ear of corn), and zawadi (gifts). Kwanzaa’s colours are red, black and green, symbolizing the bloodshed in the struggle for freedom, the colour of the people and the fertile land of Africa, respectively [3].

Though created and primarily celebrated in the United States, the holiday has also spread to Canada and to descendants of Africa who reside outside of the continent [1].

Christmas has been celebrated for two millennia with traditions and practices that are both secular and religious in nature. For Christians, Christmas Day is celebrated as the anniversary of the birth of Jesus Christ. Easter was the main holiday in the early years of Christianity; however, in the fourth century, Pope Julius I chose December 25 to celebrate the birth of Jesus, as a date for the event is not mentioned in the Bible. By holding Christmas at the same time as winter solstice celebrations, church officials increased the chance that the holiday would be popularly embraced. In Greek and Russian orthodox churches, Christmas is celebrated on January 6th and is called the Epiphany. People celebrate Christmas by exchanging gifts, decorating a Christmas tree, sharing meals with family and friends, and attending church [4].Additionally, there is the story of Santa Claus who brings gifts in his sleigh (if you’ve been good of course)! The legend of Santa Claus can be traced all the way back to 280 A.D., when a monk named St. Nicholas was born. He was admired for his piety, giving away all of his inherited wealth while traveling the countryside helping the poor and the sick. Since the 19th century, Santa’s gift giving centered mainly around children has been a staple of Christmas celebrations. This generous gift giver is known by many different names worldwide, Christkind, Kris Kringle, Babouschka, La Befana, Père Noël and, of course, Santa Claus [5].

Las Posadas, celebrated in Mexico, commemorates the journey that Joseph and Mary made from Nazareth to Bethlehem. Joseph and Mary sought shelter in a stable in Bethlehem, where Jesus Christ was born.On each evening of the festival, a child dressed as an angel leads a parade through the streets of towns and cities where the celebration occurs. The procession visits selected homes and asks for lodging for Joseph and Mary, and they are traditionally refused. However, the hosts often provide refreshments, read passages of scripture and sing Christmas carols. After the procession, mass is held, and children break open piñatas filled with candy and toys [6].

Mawlid Al-Nabi celebrates the birthday of the Prophet Muhammad, the founder of Islam. The celebration date varies on the Gregorian calendar, with the occasion being marked twice in 2015 (most recently on December 23rd). It is fixed as the 12th day of the month of Rabi al-Awwal on the Islamic calendar [7]. This celebration goes back to the early days of Islam, when the Tabi’in would hold sessions to compose songs and poems to honour the Messenger of Allah and recite them to crowds in major cities in Islamic Civilization [8].

Festivities include keeping with the tradition of reciting devotional songs and poems and handing out sweets and candies. Mawlid Al-Nabi is considered a spiritual occasion, where Muslims who choose to celebrate are encouraged to revisit the Sirah (the life story of the Prophet) [8].

Buddhists around the world celebrate the enlightenment of Buddha on December 8th each year. After trying different methods, practices and religions unsuccessfully, Siddhartha Gautama vowed to sit under a peepal tree in Bodh Gaya until he achieved the full enlightenment he was looking for. He sat in meditation for 49 days under what is now known as the Bodhi tree, with the last 8 days spent in deep meditation. On the final day he achieved enlightenment. Since then, he was known as the Buddha (Awakened One) [9]. Buddhists mark this day by meditating, studying the Dharma, chanting sutras (Buddhist texts) and performing acts of kindness [10].