With a new school year now well underway, the Global Health Office has been busy with its various programs and events. Many new faces have joined our team over the past few months, and it is time to introduce the office staff and the programs they manage. One of our recent posts highlighted our International Education, International Recruitment and Outreach. Today we introduce you to staff managing Promoting Leadership in Health for African Nova Scotians, Indigenous Health in Medicine, and Service Learning. 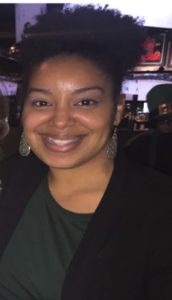 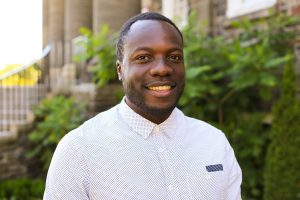 Stephanie Bizzeth is the acting program manager of the PLANS program. PLANS seeks to increase representation of African Nova Scotians in the health professions through recruitment and retention, community collaborations and partnerships to improve health outcomes within the African Nova Scotian community. PLANS offers programming, resources, and attends community and school events to provide health career support and preparation.

Nnamdi Chiekwe is the program assistant for PLANS. Nnamdi is in his third year of Therapeutic Recreation. 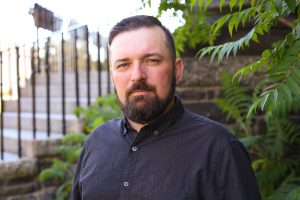 Joe MacEachern is the program manager of the Indigenous Health in Medicine (IHIM) program.
The Indigenous program seeks to increase representation of Indigenous students in medicine through recruitment, community collaboration and partnerships. It also advises the dean of medicine, to fulfill the social accountability mandate to the maritime Indigenous community. IHIM is preparing for the upcoming Kiptu Wise Health Science Camp where Indigenous youth spend their March Break learning about professions in the Faculties of Health, Dentistry and Medicine. To learn more about last years Kiptu Wise Health Science camp, click here. 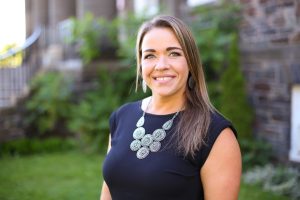 Our community organization, 211 Nova Scotia was involved with Service Learning participants from Dalhousie’s Med 2 class in 2016 and 2017. 211 Nova Scotia exists to connect people in need with the human and social services that can help them. Supported with funding from the Province of Nova Scotia and the United Way, we maintain a province-wide database of thousands of services delivered by community groups, non-profits and government departments.  We invite inquiries by phone (just dial 2-1-1), by email (help@ns.211.ca) through webchat (www.ns.211.ca) and by text (21167). 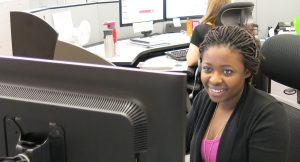 The novel thing about our database is that everything is organized by need, not by who offers the service. This makes it much easier to search and to find services. For those who prefer self-service, we offer a search portal on our website. During 2017, more than 200,000 Nova Scotians reached out to 211 for help through our various channels.

Our introduction to the Service Learning program took a somewhat circuitous route. In 2014 we worked with the college of family physicians in Nova Scotia to create an awareness program for practicing family doctors.  The college recognized the fact that medical outcomes are improved when patients have access to social supports dealing with issues like poverty, housing, affordable medications etc. 211 helps both patients and their doctors access a broad range of support services with a single phone call or a few clicks of a mouse.

The college agreed to an outreach program to educate family physicians about the benefits of 211. Recognizing however that practicing physicians are a challenging group to educate simply because of how busy they are, it occurred to us that it might be more effective for us to reach out to medical students during their training. In early 2015, in my role as 211’s Executive Director, I contacted the Dean of Medicine at Dalhousie to pitch the idea of integrating awareness of 211 into the medical school curriculum and “voila” I was introduced to Sarah Peddle and the Service Learning class at Dalhousie Medical School.

The first Service Learning project in the fall of 2016 involved the creation of a 211 “webinar” that students could access through their e-learning platform. At the end of the term, students presented their projects and it was at this point that another twist of fate entered to assist us in our ultimate goal of integrating 211 into the medical school curriculum. The Service Learning student was unable to do his presentation so I was asked to present.  By way of background to the   presentation, I mentioned my initial pitch to the dean to get 211 awareness into the curriculum. Fortunately, faculty in attendance realized the benefits of 211 to medical training and they approached me afterwards to discuss this and this conversation put some wheels in motion.

The second Service Learning project, commenced in the fall of 2017, sought to extend awareness of 211 further into the medical community as the student eventually published an article in the Doctor’s Nova Scotia Magazine titled “ Is 211 included in your Prescription Regimen?” 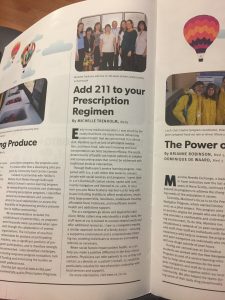 For me, the true “icing on the cake” from service learning occurred prior to the article being published when in mid-2017; the student notified me that 211 awareness was now included in a Med2 lecture in a class titled “Professional Competencies”.

Our partnership with Dalhousie Medical School has truly generated significant returns by way of increased awareness of 211 service. It is our hope that in some small way, we will have contributed to enhancing both the lives of future physicians and their patients through the Service Learning experience.