Another academic year is coming to an end. Thousands of Dalhousie University students are heading home for the summer months, but that doesn’t mean the global health learning has to end! We hope you continue your interest in global health, and to make things easier, we have compiled a list of three global health issues that we think will be “hot topics” during the summer heat. Look out for these issues in the media, in your travels, and even in your own back yard.

Zika virus has dominated global health news in 2016, and its coverage in the media will only grow with the Rio Olympics taking place in the country at the center of the outbreak – Brazil. This event, to be held in August 2016, will draw hundreds of thousands of visitors from around the world – from athletes, to coaches, to spectators. Although mosquito control efforts in Brazil have been scaled up enormously in recent months, the risk of infection still exists [1]. Whether, and to what extent, Zika virus will spread to other countries through infected travelers remains to be seen.

Poliomyelitis, often referred to as polio, is a distant memory in most of the world. Since 1988, when the Global Polio Eradication Initiative was formed, polio case numbers have decreased by more than 99%. A cost-effective, oral polio vaccine (OPV) exists, and the Global Polio Eradication Initiative is on a mission to ensure that every child, worldwide, is immunized. There are currently only two countries where polio transmission has not been stopped: Afghanistan and Pakistan. With only 98 cases reported in 2015, eradicating polio in the near future is a very real possibility. Expect eradication efforts to go into overdrive this summer, in what will hopefully be the final push to make this disease history [2].

Global health has its origins in targeting infectious disease threats, such as TB, HIV and malaria. However, the field of global health has grown to encompass so much more: from health systems, to non-communicable diseases. Expect mental health to receive increased attention in the months, and years, to come. One in four people in the world will be affected by a mental or neurological disorder during their lifetime, and 450 million people are currently suffering from such conditions [3]. The United Nations has recognized the importance of mental health by including it in the new set of 2030 Sustainable Development Goals (SDGs) [4].  The World Health Organization and the World Bank presented to ministers of finance and development agencies on the expected economic, health and social returns from investing in mental health services in Washington DC earlier this month [5]. Important discussions are happening on this topic, let’s hope that policy action begins to take shape this summer. 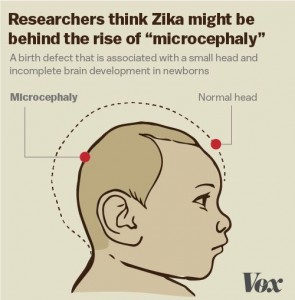 Part I of our current topics post on Zika virus examined the origin and spread of Zika virus, as well as its potential link to microcephaly and GBS. The timing seems to make sense, but WHO estimates it could take four to six months to determine whether these associations are causal. The virus has been found in the tissues of several infants who died from microcephaly, and efforts are underway to study mothers who have reported symptoms, or had a confirmed case, of the virus during their pregnancies [1].

Between January 1 2007 and February 17 2016, a total of 48 countries and territories reported local transmission of Zika virus. This includes countries where the outbreak has been deemed over, with the latest cases reported in Aruba and Bonaire [2]. The Public Health Agency of Canada (PHAC) has confirmed travel-related cases of Zika virus from Central and South America, and from the Caribbean. However, the Aedes mosquito vector is not present in Canada due to our climate. Although the overall risk to travellers is low, PHAC advises pregnant women or those considering becoming pregnant to consider postponing travel to these regions. If postponing is not an option, PHAC recommends these groups take all possible measures to prevent being bitten by mosquitos [3]. These measures include wearing long sleeves and long pants, using insecticide-treated mosquito nets (especially if sleeping during the day when the Aedes mosquito is most active), and using insect repellents. It has also been recommended that men with a pregnant partner who reside in, or have travelled to, these areas use condoms consistently and correctly [4]. Eliminating possible mosquito breeding sites is also recommended, such as areas where rain collects, and where water is stored outside [5].

It is likely that once a person has been infected with Zika virus, they will be protected from future infections. There is no specific medicine to treat, or vaccine to prevent Zika virus. Symptoms are treated with rest, drinking plenty of fluids to prevent dehydration and taking mild pain and fever relief medicine (i.e. acetaminophen). It is recommended that those with Zika virus also take extra measures to prevent being bitten by mosquitos during the first week of infection, in order to halt further transmission [6].

Zika virus has prompted international discussions around disability and reproductive rights. El Salvador has recommended that women do not get pregnant until 2018 [7]. The Pope has suggested that artificial contraception may be morally acceptable in the fight against the Zika virus and its associated microcephaly. Abortion laws are being re-examined in Brazil and other Latin American countries where Zika virus is prominent [8]. Various disability rights groups are lobbying for increased support for women who have babies with microcephaly [9]. Further concerns have been raised as the 2016 Summer Olympics are set to kick off in Rio de Janeiro on August 5. One of the biggest sporting events in the world, the Olympics sure to draw travellers for all over the globe. Brazilian officials are dramatically increasing mosquito eradication efforts, but what impact will Zika have on this gathering of nations [6]?

One thing is certain: the Zika virus is going to be a global health issue to watch in 2016. 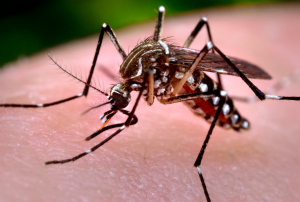