Where did you train and practice medicine?

I trained in Ukraine and Mauritius.  I practiced in Mauritius as a general practitioner

Why did you choose Nova Scotia?

As an islander, the Maritimes remind me of home!

What was the value of participating in the IMG Clerkship program at Dalhousie?

It enabled me to reintegrate into the medical field in Canada.

What is your intent for practicing in the province? 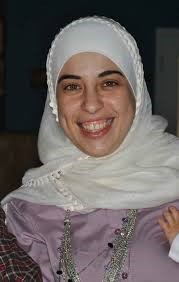 Where did you train and practice medicine?

My first medical school was in Aleppo University in Syria. I worked as an intern in several fields of medicine in Syria to fulfill a rotational internship.

Why did you choose Nova Scotia?

My family migrated to Nova Scotia and I accompanied them.

What was the value of participating in the IMG Clerkship program at Dalhousie?

Participating in the IMG Clerkship Program helped me overcome the barriers that international medical graduates face to practice medicine in Canada. Obtaining the Canadian MD helped me overcome obstacles that IMGs are facing through their journey. Also it helped me identify opportunities for a better integration of IMGs in the Canadian health system.

What is your intent for practicing in the province?

I plan to work in Nova Scotia as a Family Physician.

IMG road to licensing is tough and unclear, despite the efforts of many dedicated individuals and organizations. Throughout our journey, there are many unfair and unnecessary steps, which add cost to our system and society. I also believe that hard work, perseverance and patience are the best qualities an IMG would require for success. Canada is the land of opportunities.

Where are you originally from? 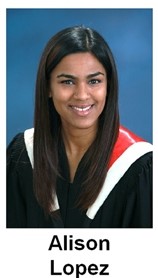 Why did you choose Nova Scotia/Dalhousie?

In all honesty, transferring to Dal wasn’t part of my plan initially. I didn’t know much about Nova Scotia prior to moving here. In our med school, we rank all our partner universities and then you go through a matching system and I ended up being matched to Dal. I debated if I should go through with it since I barely knew anything about life in Canada other than it gets cold in the winter. Finally, I decided there was a reason I got matched to Dal and moved over.

What was the value of participating in the IMU Clerkship program at Dalhousie?

For me a major benefit of joining a North American school was the residency system. Where I come from, you have to do at least 2 years of intern training before applying to specialize and that can also take many years. In North America, you go into residency straight out of med school. I also was told by previous IMU students that the Dal programme gave their med students a lot of hands on experience.

Where are you currently located and what are your involved in?

What is your intent for practicing medicine?

I wish to pursue a fellowship in Paediatric Infectious Diseases.

Despite not initially planning on transferring to Dal initially, things have worked out great. It was hard work adjusting to a new med school/health care system but with time not to mention trying sort out applying for residency. It paid off in the end. 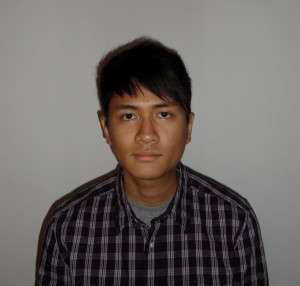 Where are you originally from?

I was born and raised in Myanmar (Burma). When I was fifteen, I moved to Singapore, where I completed high school. In 2009, I started my medical studies in International Medical University (IMU) in Malaysia before transferring to Dalhousie Medical School in 2012.

Why did you choose Nova Scotia/Dalhousie?

When I was doing my research on different partner medical schools, I was fascinated with the hands-on North American medical curriculum. I chose Dalhousie mainly because I wanted to pursue residency and fellowship training in North America.

What was the value of participating in the IMU Clerkship program at Dalhousie?

As a medical student, you are given full responsibility for the care of your patients (under the supervision of the staff physicians and residents, of course). You are treated as a member of the team and are able to directly contribute during rounds. Despite the long and demanding working hours, the hands-on experience that you get from the clinical rotations are highly rewarding and will help bridge the gap between medical school and residency.

Where are you currently located and what are your involved in?

I am currently working on a Master degree in Community Health and Epidemiology at Dalhousie University. I am also involved in a few research projects and working towards publications. I intend to apply for pediatrics residency in the United States this year.

What is your intent for practicing medicine?

Medicine is not only a respectful, but also a rewarding career. Especially in pediatrics, it is indeed rewarding to see smiles on the faces of the children and parents that you have helped and you know that you have actually made a difference in their lives.

I am glad that I chose to come to Dalhousie Medical School. The learning environment in the hospital is conducive where staff physicians, residents and nurses are all supportive of your education. I feel that I am well prepared and feel confident to go into residency.

I was invited to give a talk for an event on ‘Ebola: Perspectives on the Epidemic ̴ Where to Begin’ taking place on 20th November 2014.[1] The immediate ethical concerns of the outbreak were raised: the dire conditions of the people the disease is affecting, and the consequent response from the international community. However, an additional point to reflect upon was that Ebola, just one of many zoonotic diseases, raises questions that can be rendered with the broadest brush – the makros kósmos – the idea of a global health response. 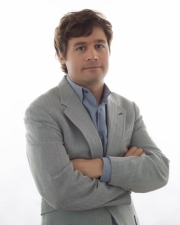 Benjamin Capps Image courtesy of the Department of Bioethics

Zoonotic viruses, diseases that transmit between humans and non-human animals, are intimately linked to ecological niches; each virus can be stirred from its environment through different connections,  and each has a different potential for illness, endemic and pandemic. Questions like ‘Why now?’ and ‘What next?’ are significant, then, not only in the local devastation that these diseases cause, but also in respect to their effect on the global community. For Ebola, at this point we are dealing in the unknowns and knowns of the ‘ecology of the virus’. This is because until now it has been found only in remote areas of Africa (but nevertheless decimating those communities it comes into contact with), and little was known about its potential for, and behaviour during an epidemic. We know little about the natural history of the virus – we still don’t know the reservoirs,[2] or why so rarely it emerges in human populations. However, I suspect that many – those studying the nature of the virus in its natural environment – thought that not only an outbreak of this magnitude was possible, but also likely; and filling these gaps will affect our ability to formulate clinical and ethical responses.

The emergence of zoonotic diseases is becoming ever more common; and they are cropping up in far more diverse places and often not always those that are remote, wilderness fringed communities (recently: bird flu in Canada, Germany, Netherlands and the UK; this year in South Korea, Japan and Malaysia). New kinds of zoonotic virus, such as Marburg, Hanta, Hendra, Nipah, and MERS viruses, are threatening humanity, our closest relatives (the great apes), and other animals at unprecedented levels;[3] and their effects on the wider ecologies (including how we respond to them) is devastating.

We therefore need to appreciate how and why the environment only spits them out when challenged or stressed; why the viruses spill over and emerge in human populations only sometimes; and thereby understand how we might better avoid them altogether?[4]

In this respect, an emerging area of study, called One Health, is demonstrating that not only will a healthy ecology be less likely to send these viruses our way, but it can also protect us by buffering and ‘soaking up’ zoonoses.[5] So, we need to look to other solutions of prevention, not just the ‘pandemic plans’ that tend to decimate local animal populations (culling of domestic animals and local wildlife), threaten ecological diversity and socio-economic sustainability (the impacts on agricultural and cultural ecological co-dependence), and then tend only to be useful after the event and once human-to-human transmission is sustained. 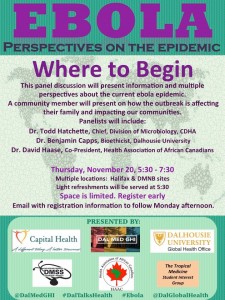 Overall, we ought to be looking to better ways to minimise the emergence of these diseases through an ecological perspective; understanding not only the human effects and solutions that presences (vaccines, public health measures), but also the reservoirs, connections and drivers of disease emergence. It is clear that land use (mining, oil refining), deforestation, and urbanisation are having an unprecedented effect on these ecological niches; so, we need to start accounting for local needs – including land management, like farming and husbandry; economic and political priorities in these countries that are most at risk; and the global interactions that are conditional on disease emergence.

These debates need to start off on better footing, by engaging with a much broader expert base and expanding traditional and often too narrow public health concerns.[6] This dialog must include veterinarians, biologists, ecologists and anthropologists; and as diverse as economists and historians. The risks are known, if not well understood, and we need to develop ideas about how human beings can better and more effectively live within the ecology that potentially harbours these diseases. 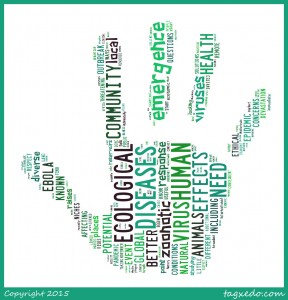 [1] My thanks to the organiser of the event, Suzanne Clarke, a MED2 Student from the Faculty of Medicine, Dalhousie University. Suzanne also assisted with the drafting of this blog. The event was presented by Dal Med Global Health Initiative, Dalhousie University Global Health Office, Capital Health, Dalhousie Medical Students Society, Health Association of African Canadians & The Tropical Medicine Student Interest Group, and broadcast in multiple locations across The Maritimes, Canada. The opinions expressed here are my own.

[2] Probably bats; but we still don’t know how it gets into them, how it resides there, or how it then emerges in susceptible populations like human beings and other primates; Plowright, R. et al. 2015. Ecological Dynamics of Emerging Bat Virus Spillover. Proceedings of the Royal Society B 282: 20142124; Pignott, D. et al. 2014. Mapping the Zoonotic Niches of Ebola Virus Disease in Africa. eLife 3: e04395.