It is exciting being at my first Canadian Global Health Conference here in Ottawa! The first day of the conference opened up with a stellar line-up of global health celebrities including Partner’s in Health Co-founder and internationally recognized humanitarian Dr. Paul Farmer, former MSF (Médecins Sans Frontières) director Dr. James Orbinsky. Fellow panelist Shakira Choonara walked everyone through a simulation of what visually impaired individuals have to experience when taking their own medicine, which involved a blindfold and the reading of a prescription. 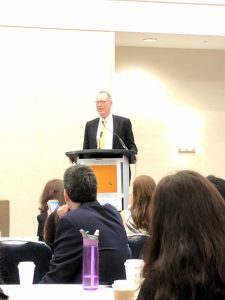 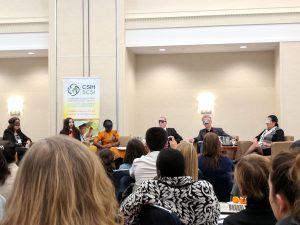 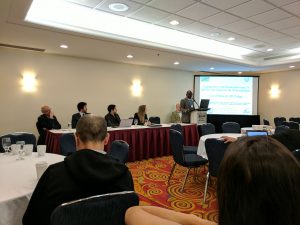 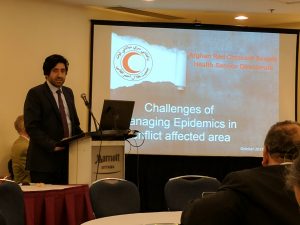 The concurrent sessions throughout the day were informative, educational, and captivating! Discussions about building capacity in different country contexts, implementation research in the context of HIV and HCV, and insights into community engagement in the context of Ebola were all fantastic symposiums and workshops to learn and talk about global health issues.

Tomorrow’s program looks just as impressive as today’s, and I am looking forward to more exciting, interesting, and creative discussions about global health!

For more information on these sessions please see the Conference Program.

“The world is running out of antibiotics” – WHO report

Antimicrobial resistance (AMR) occurs when bacteria, viruses and other microorganisms change in ways that cause existing medications (ex. antibiotics – bacterial infections, antivirals – viral infections) to be ineffective. These resistant microorganisms are commonly termed “superbugs” and are a major public health concern due to their ability to spread in populations and impose large individual and society costs (WHO, 2017). AMR organisms cause more than 2 million infections and approximately 23,000 deaths each year in the United States (Marston, 2016). The economic costs are also substantial, estimated at $20 billion in excess medical spending each year (Marston, 2016).

AMR is causing traditionally curable diseases are becoming increasingly more difficult to treat. Data collected from 77 countries shows that antibiotic resistance in gonorrhea is causing infections to be harder and sometimes impossible to treat, and is on the rise (WHO, 2017). 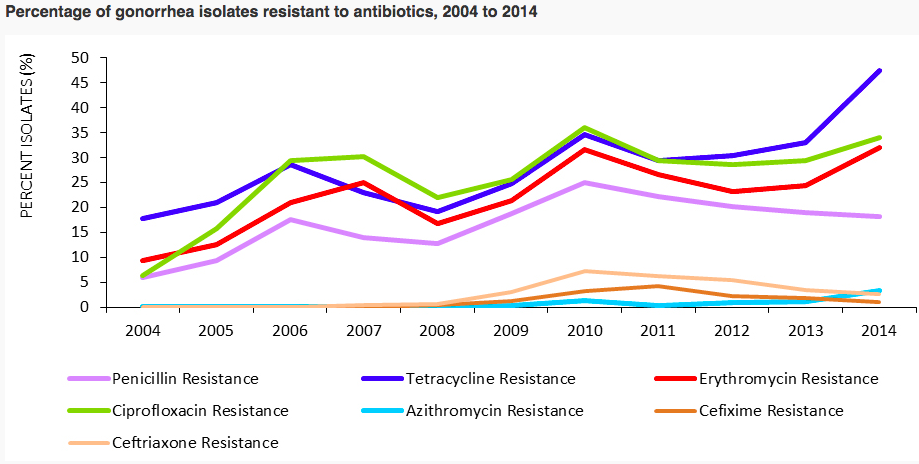 Microorganisms resistant to modern medicine have existed for thousands of years, and appear to predate the antibiotic era. Frozen samples collected from Yukon contained bacteria with resistant mutations 30,000 years before the discovery of penicillin, the world’s first antibiotic (D’Costa, 2011). But despite naturally occurring antibiotic resistance, the number of cases of resistant microorganisms continues to rise, which can be attributable to human activity.
One example is through the overuse of antibiotics. The overuse of antibiotics is in many cases unwarranted, and regiments are frequently not completed, leading to drug resistance. A number of drug-resistant infections are found in hospitals, such as Methicillin-resistant staphylococcus aureus (MRSA). However, impatient antibiotic usage represents only 38.5% of the total antibiotic market (Marston, 2016). A recent American study found that 12.6% of outpatient visits in the US resulted in the prescription of an antibiotic, and 30% of those prescriptions were deemed inappropriate (Marston, 2016). Canada ranks in the middle of 30 European countries in outpatient antimicrobial use. 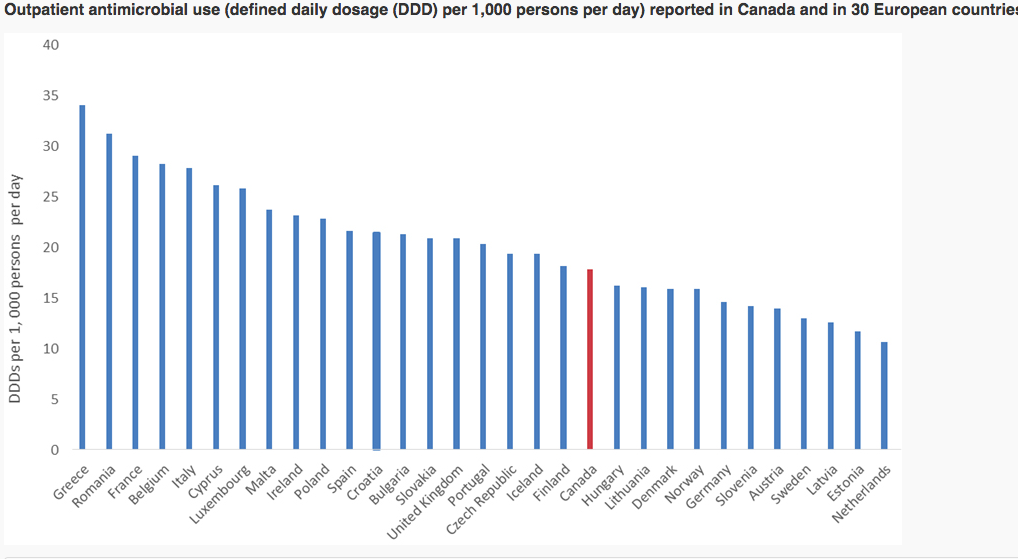 The overuse of antibiotics largely stems from over-prescribing of medications for conditions that don’t require antibiotics for treatment. The level of antibiotic prescription across Canada varies by province, with the highest levels found Newfoundland and Labrador. 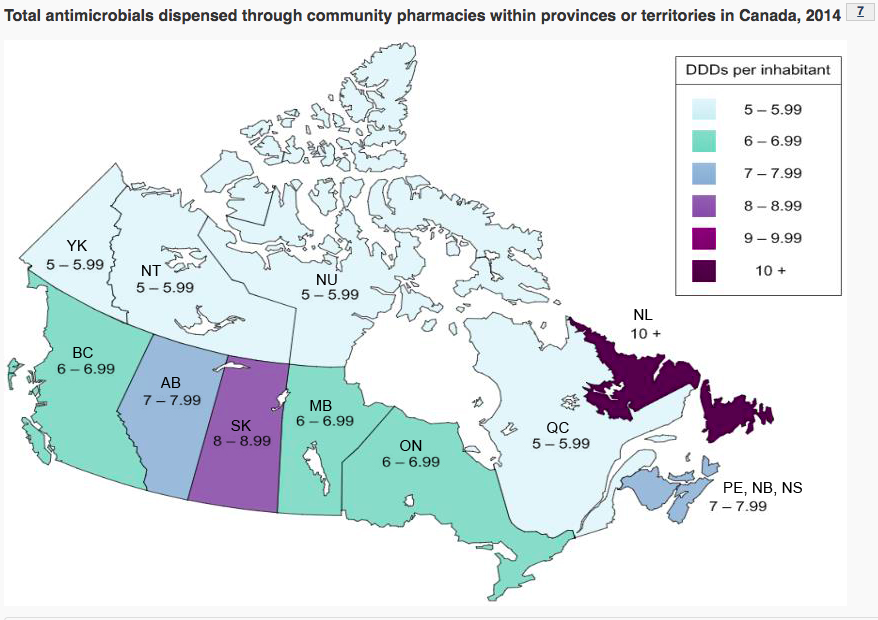 Outside of North America and Europe, outpatient antibiotic prescription can account for 20 – 100% of antibiotic use depending on location (Morgan, 2011). In many of these nations, antibiotics are dispensed directly to the consumer, and are more likely to be inappropriately selected and taken at doses below optimum levels (Morgan, 2011).

With increasing levels of drug resistant infections, new medications are needed. However, the pace of new antibiotic development has slowed considerably. There were 16 antibiotics were approved by the FDA between the years 1983 and 1987, but only 2 new antimicrobial drugs were approved between 2008-2012 (Boucher, 2013) and 5 in total since 2012 (Marston, 2016). There are certain characteristics of the antibiotic market that likely hinder pharmaceutical industry investment in new drug development. The limited duration of treatment, relative low prices per dose, and the potential for the rapid emergence of resistance (uncertain market longevity) all diminish revenue prospects for new antimicrobial drugs (Marston, 2016).

The agricultural sector also contributes towards the growing resistance of microorganisms. An association has been found between antibiotic consumption by animals and the existence in humans of microorganisms resistant to the same antibiotic classes (Chantziaras, 2014). In 2014, approximately 82% of antimicrobials important to human medicine were distributed and sold for use in food-producing animals (Health Canada, 2014). The influence of the agricultural use of antibiotics on human health has drawn a range of responses, including policies in Europe banning antibiotic use for animal growth, and regulation from the Food and Drug Administration (FDA) encourage similar practices. 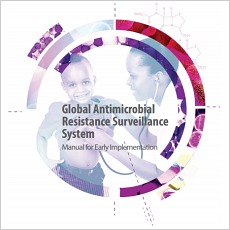 Basic public health measures like sanitation, hand washing, and food and water security can decrease the spread of AMR (WHO). Public Education Campaigns have proven effective on reducing inappropriate prescribing of antibiotics in Belgium and France (Gelband, 2015). There has also been a substantial effort to address inappropriate antibiotic use within hospitals; including implementation of antimicrobial stewardship programs, which seek to reduce inappropriate antibiotic and antimicrobial selection and reduce the inappropriate use of broad-spectrum antimicrobials. However, these stewardships have had limited implementation and acceptance in hospitals (Marston, 2016). Vaccines have a role as well. It is estimated that improved vaccine covered for Streptococcus pneumonia could prevent 11.4 antibiotic days per year in children under 5 years of age worldwide (Laxminarayan, 2016).

This past Wednesday the Dalhousie Global Health Office had our annual open house event to promote the different programs facilitated by our office and to recognize our community partners and research conducted in the field of global health. Our office operates on the mandate of social accountability, interprofessionalism, and ethical practice. The Dalhousie community had the opportunity to learn more about the programs offered through our office. 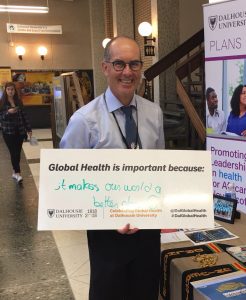 Our Service Learning Program lead by Sarah Peddle is an option available to second year medical students. Participating students are matched with a community-based partner organization that works with marginalized, underserved populations. They work collaboratively on a project that is deliverable, and relevant to the community partner and their clients. 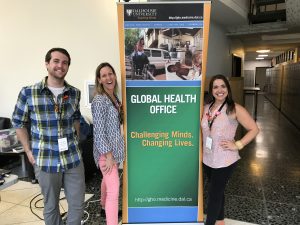 Michelle Patrick is the program coordinator for the PLANS (Promoting Leadership in African Nova Scotians) program, which was established to support African Nova Scotians seeking a career in health, and to help create a health system representative of the community it serves. The PLANS program is multifaceted, offering one-on-one advising services, youth summer camp opportunities, and collaborates with the Health Association of African Canadians – Student Organization. 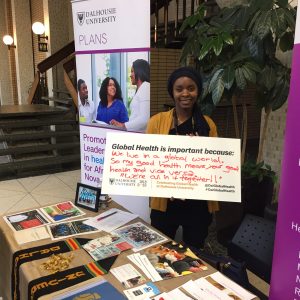 The Indigenous Health Program operating under Dalhousie’s Faculty of Medicine seeks to increase Indigenous student representation in medicine. The program is managed by Joe MacEachern, and is responsible for advising the Dean of Medicine to fulfill the social accountability mandate to the Atlantic province Indigenous community. 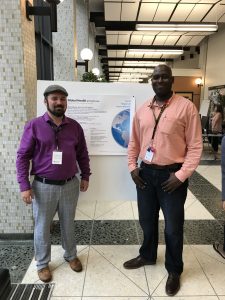 Said Msabaha manages international education experiences offered through the Global Health Office. These programs include course electives, internships, and research, and clinical placements for students in the faculties of Medicine, Health and Dentistry. The Global Health Office has a number of strong partner institutions across the globe, and also welcomes incoming students to Dalhousie from partner institutions. 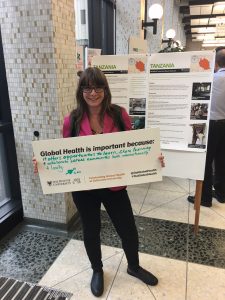 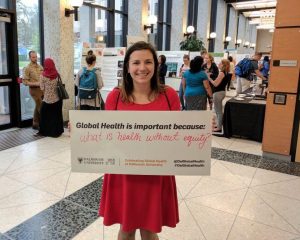 Global Health Research in the faculty of medicine is supported and in some cases directly contributed to by the Global Health Office. Our director, Shawna O’Hearn, has authored many publications in the field, and presented at multiple academic conferences.  We were thrilled to be able to showcase the work of many partners including (but not limited to): Immigrant Services Association of Nova Scotia (ISANS), Atlantic Council for International Cooperation (ACIC), Microresearch International and the Department of Anesthesia. 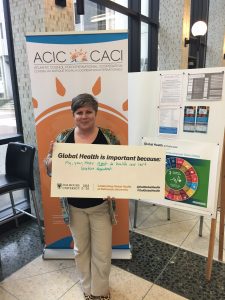 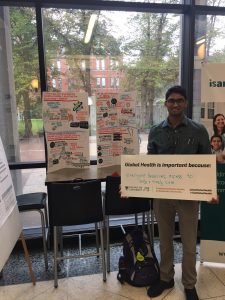 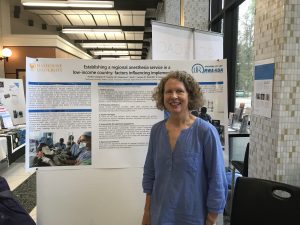 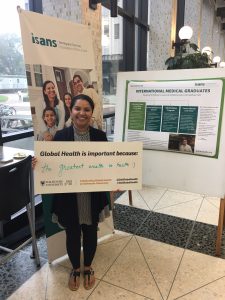 The different student groups were also able to highlight their work, programs and opportunities available to students in health disciplines.  Thanks to the Dal Med Global Health Initiative (GHI) and the Dalhousie School of Nursing Global Health Committee. We look forward to an involved, eventful year. 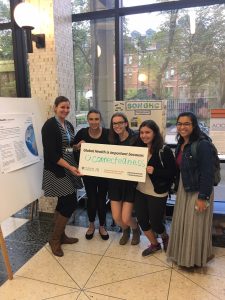