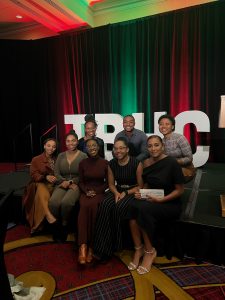 The 2022 International Black Health Conference was held in Halifax from October 6-8, 2022. The health conference was a ground-breaking event that allowed community members and health care professionals to hear from Black voices about Black health. It was also a great opportunity to learn about all the different initiatives that are in our province, our country and around that world with the shared goal of decreasing the health disparities that Black people face. In this post, I’m going to summarize a few of my key highlights and take-aways from the conference. 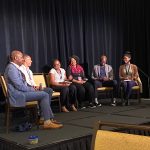 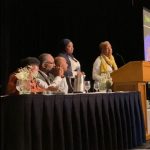 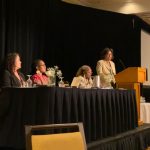 First was Dr. Jonathan Metzl, a professor at Vanderbilt University. He delivered an amazing presentation on the pathologization of Black lives and how that has shaped the societal stigma around schizophrenia. He explained that in the 1920’s, roughly 9 out of 10 patients diagnosed with schizophrenia were white females, and by the mid 1960’s this had changed to Black males making up 9 out of 10 patients. This shift was not an isolated change, it happened in the cultural context of the civil rights movement, as well as the medical context of changes made to the DSM II. Such changes included switching feminine pronouns to masculine ones and changing the wording from being more passive to more violent.

Within this context, the institutions were also changed from the existing “hospitals for the criminally insane” into correctional facilities, where White females and patients with anxiety were allowed to leave, and Black “patients” were institutionalized. Within this social context, many civil rights activists were also labelled as having schizophrenia, including Malcom X and Dr. Martin Luther King Jr.

This summary only reflects a few notes that I had taken from the talk, if you are interested in more, I encourage you to check out Dr. Metzl’s book: “The Protest Psychosis: How Schizophrenia Became a Black Disease”. 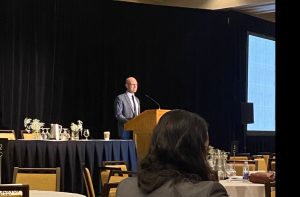 Another notable session that I attended was about youth mental health, with Social Worker Lana MacLean. She touched on the term “operational defiance” which describes the situation many Black children face, as a reaction to their environment. They are then viewed as “acting out” and are expelled and pushed further to the margins. This reaction is a trauma response of Black youth, which Lana said can be referred to as the new schizophrenia. Without addressing the trauma and reasons behind the behaviour, this cycle perpetuates. She also touched on the time and personnel constraints that make seeing Black mental health professionals difficult, as well as recognizing the importance that Black people are not a monolithic community.

Similarly, Michelle Williams, outlined the importance of recognizing African Nova Scotians (ANS) as a distinct people, the shared history of our ancestors, and how their arrival helped shape the Nova Scotia that we know today. I invite you to read more about Dalhousie’s African Nova Scotian strategy here, to learn more about the steps Dalhousie is taking to uplift ANS students. 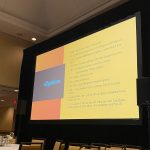 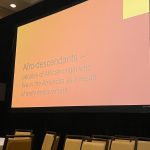 Fun fact: Did you know that as late as 1962 over half of Canada’s Black population lived in Nova Scotia? (Source: Michelle Williams’ presentation).

During the remainder of the conference, we heard from experts from across Canada, the Caribbeans and the UK, and their efforts to decrease the barriers to health that Black people face globally. Particularly, we heard from a lot of community-based care programs coming out of Ontario that look at the specific needs of the community they’re working in and strive to fill those specific gaps instead of coming at the problem with a more general approach.

After attending this conference, I have a greater understanding of our responsibility as the next generation of physicians to create health centres and programs that promote safety, inclusion, and community collaboration to help fill the gaps in our health care systems. Attending the 2022 International Black Health Conference was and amazing opportunity; I learned so much from healthcare providers, community members, and policy makers, and I look forward to future innovations in Black health. 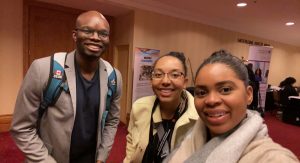