On Wednesday February 28th 2018, the HAAC-SO (Health Association of African Canadians Student Organization) held a panel discussion at Dalhousie about the experiences of black mothers in hospitals. Dalhousie final year Engineering student, Bintou Kaira, served as the event organizer. Kaira was compelled to arrange the panel due to the recent social media backlash surrounding the medical maltreatment of superstar, No.1 ranking, tennis player, Serena Williams after she gave birth to her daughter in an emergency C-section. 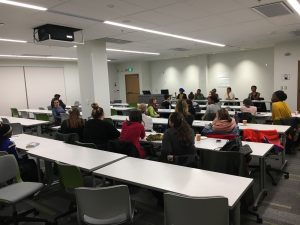 A day following her labour Williams, who is Black, found herself short of breath and insisted to a nurse that she needed blood thinners and a CT scan, given her history of blood clots. Nurses and doctors alike ignored Williams’ request. Finally, after several demands from Williams, a CT scan was performed, which revealed she had a pulmonary embolism (blood-clotting in the lung). Williams experienced a medical crisis. Not only did she have a blood clot in her lungs, the stitches from her C-section reopened, and she had a large hematoma in her stomach. Williams could have died simply because medical staff did not take her concerns seriously.

Her experience is one of many among Black mothers. Black women in Canada and the U.S. are more likely to experience maternal mortality than women of other races. It is shocking that a woman of William’s caliber and wealth, who supposedly had available to her the best obstetric care, could experience such an ordeal. The medical negligence and maltreatment she experienced tells us that being Black means you are not treated with the same kind of care and professionalism accorded to mothers of other races once you walk into the birthing room. This could have cost Williams her life.

The event titled, “Experiences of Black Mothers in Hospitals—Past, Present, and Future,” moderated by Habiba Cooper Diallo, featured fifteen minute presentations from Keisha Jefferies (PhD Nursing Student, Dalhousie), Dr. Ingrid Waldron (Associate Professor, School of Nursing, Dalhousie), Josephine Muxlow (Clinical Nurse Specialist, Department of Indigenous Services), and Dr. Barbara Hamilton-Hinch (Assistant Professor, School of Health and Human Performance, Dalhousie) . The speakers broached important topics ranging from the importance for Black mothers to be empowered, educated and supported through their birthing journeys, to the need to agitate for a human rights approach to maternal health with a view towards supporting vulnerable groups, like incarcerated women, whose human rights are often stripped from them while in labour. 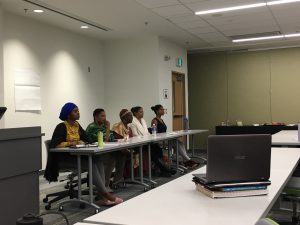