On April 11, 2013 the Global Health Office hosted a Celebration of Global Health at Dalhousie at which, we presented the 2013 Dr. John Savage Memorial Award for Faculty Leadership in Global Health to Dr. John Ross (Emergency Medicine). 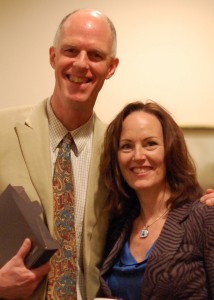 This award was established in 2003 in memory of Dr. John Savage, a friend and colleague of the Dalhousie Medical School and a tireless champion of the need to promote healthy communities worldwide. A former physician, Premier of Nova Scotia and Mayor of Dartmouth, Dr. Savage had a long-standing commitment to global health projects in Africa with the Nova Scotia Gambia Association and other organizations. The Dr. Savage Memorial Award for Faculty leadership in Global Health recognizes an outstanding humanitarian contribution to global health by a Dalhousie Medical School faculty member.  This year’s award was presented to Dr. Ross by another Dalhousie Leader in Global Health; Dr. Ivar Mendez. 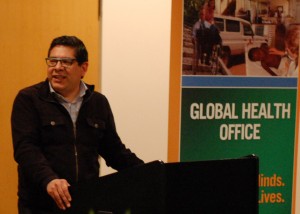 Many of Dr. Ross’ colleagues do not know about his passion and engagement in global health.  He has taken on roles as a teacher, clinician, mentor and adviser in health care reform, emergency care delivery and teaching, simulation training in Tanzania, Malaysia and Brazil.

Not only has John Ross donated his own time to such endeavours, but he has also rallied the interest of others to follow in his footsteps. He is an exceptional teacher and it was an incredible learning opportunity for me personally to spend some time with him in Tanzania 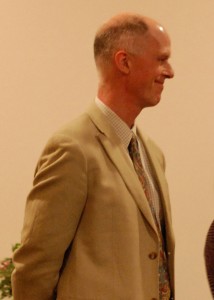 Dr. Ross’ work in Tanzania started when he joined a 2008 Program through the Global Health Office led by Dr Doug Sinclair.  In a return visit to Tanzania in 2011, Dr Ross joined a second group of Dalhousie faculty on a medical education program.  This was a key time because in 2010, the first emergency department was opened at Muhimbili in Dar es Salaam.  However, there were no emergency trained or experienced staff and no treatment protocols in place.  Dr. Ross jumped on board to be part of a 4-year project to intensely train physicians and nurses in basic and advanced emergency care.  He has made several trips with nurses, residents and other Dalhousie physicians and his work resulted in two Tanzanian residents coming to Halifax to do an elective in Dalhousie Medicine in Dec 2012.