This is part two of our three part series on student experiences from their 2012 Global Health Electives. 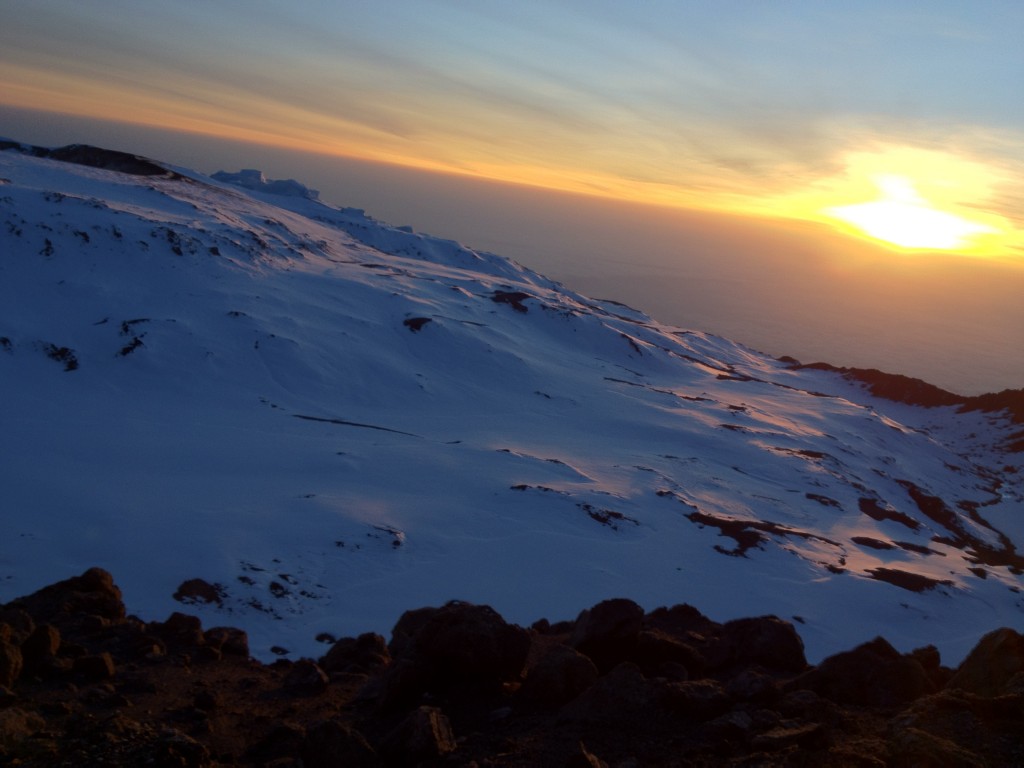 Before starting our global health electives, organized by the Global Health Office at Dalhousie, three medical students and I set out to climb Mount Kilimanjaro. This was a gorgeous seven-day journey covering a huge span of terrain. The hike became quite grueling as we reached higher altitudes, but we were well-rewarded once we reached the summit. We arrived at the top, the snow-covered Uhuru Peak, just as the sun was coming up in the morning. The sunrise was breathtaking. This photo was taken when the sun had just started to rise above the clouds. 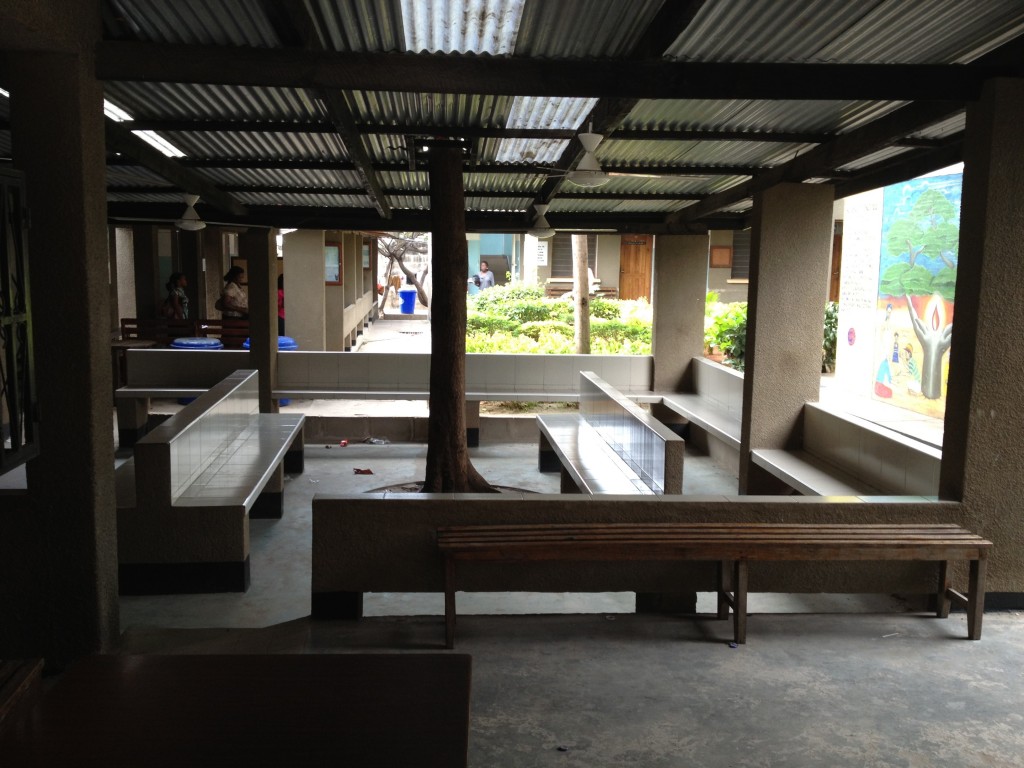 This is the main waiting area of the PASADA HIV/AIDS Clinic in Dar es Salaam. Only late in the day would the seats be found so empty – during clinic hours there was a steady coming and going of patients, waiting to be seen by doctors or to pick up prescriptions. What looks like a support beam in the center of the seating is actually a tree, growing through and above the roof. 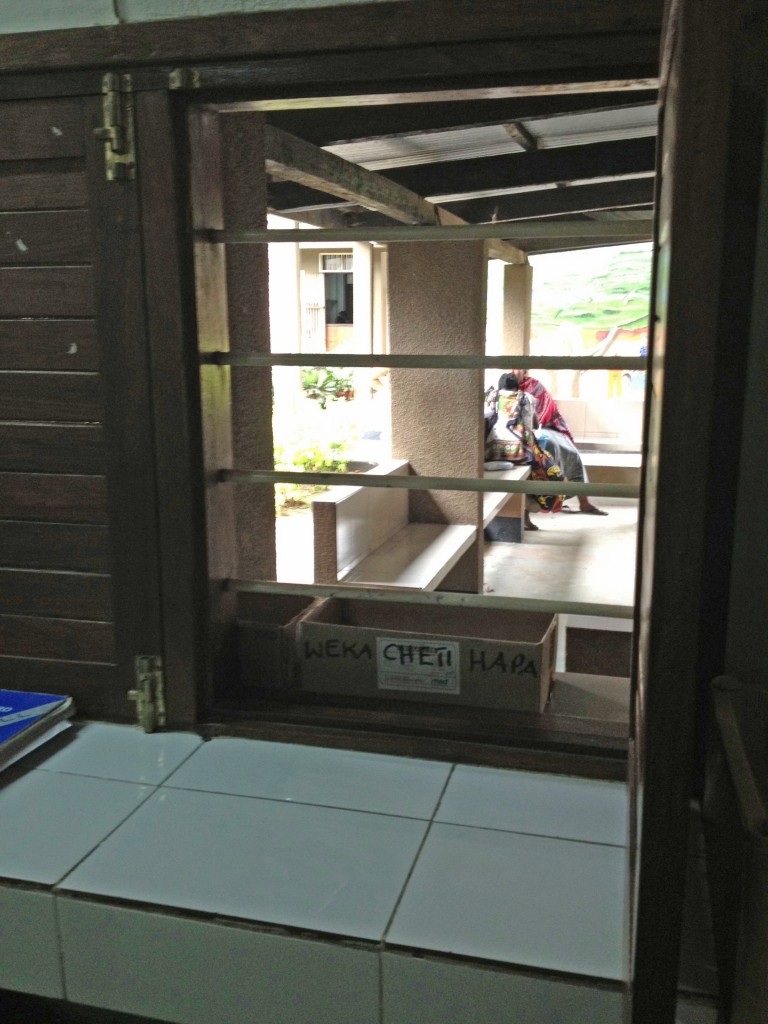 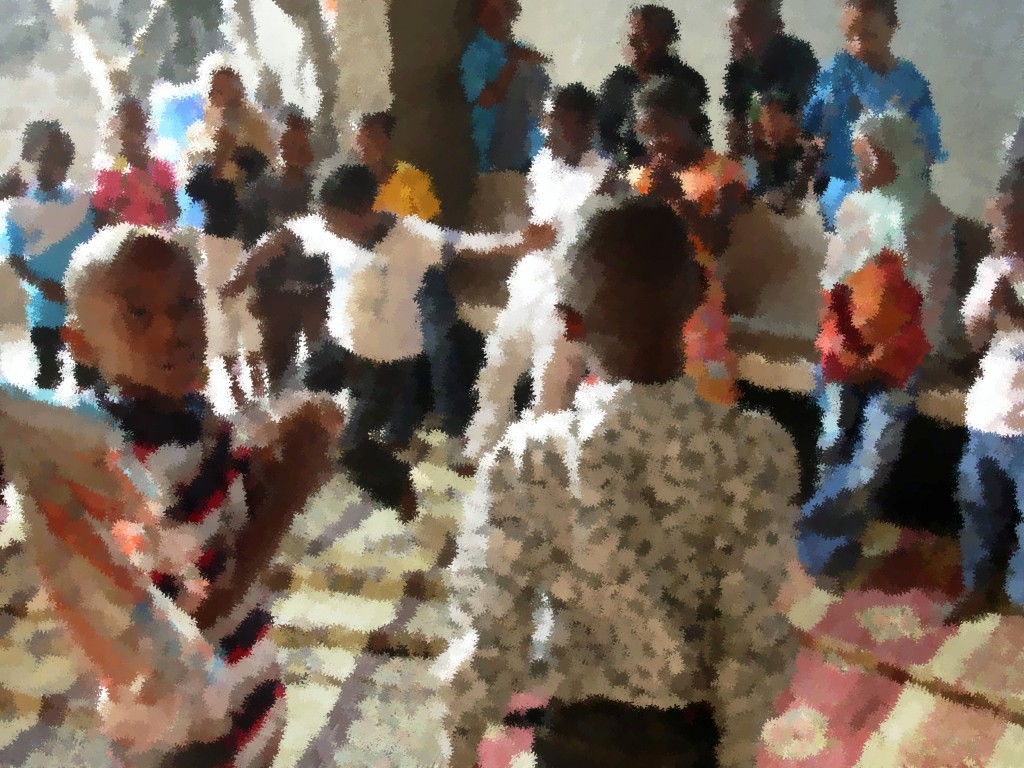 Every Tuesday was devoted to appointments for children at the clinic, with different age groups being represented on different weeks of the month. On these “pediatric days,” the clinic was always bustling with activity even more than usual. Seen here are children in the waiting area playing a game where they would sing together in a circle and take turns dancing in the middle. 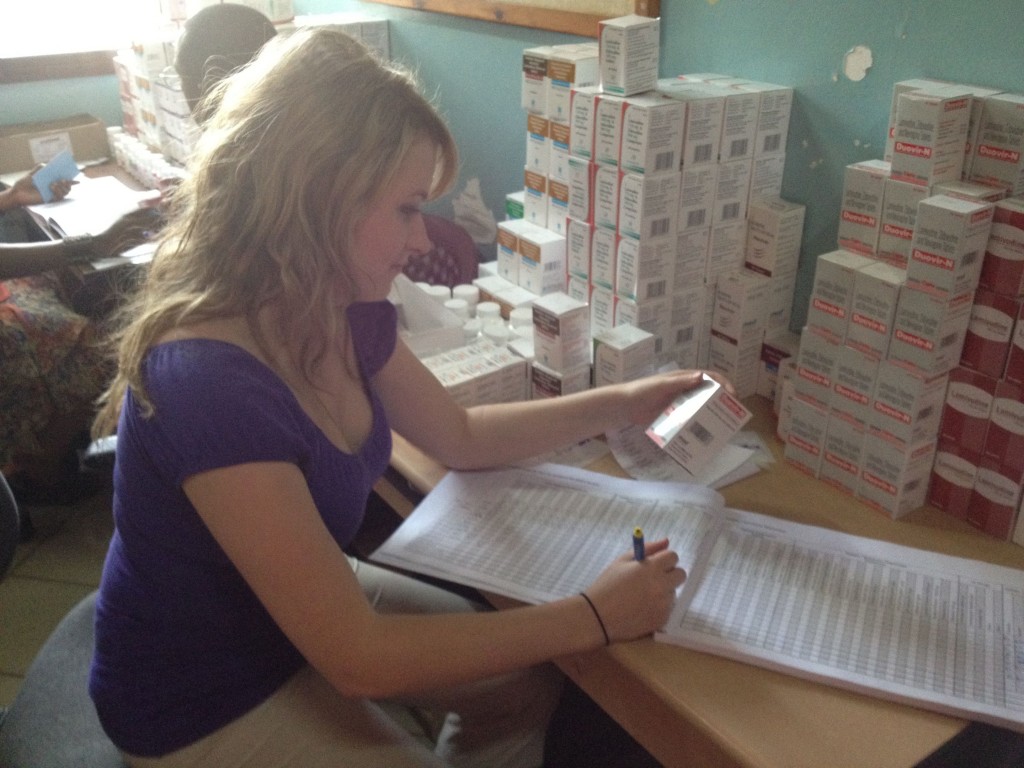 Antiretroviral medication was provided in a designated area of the pharmacy at PASADA. As a pharmacy student I enjoyed spending time here, dispensing the appropriate medications to patients and logging it by hand in the leger book. After some time and supervised practice, I was able to tell patients in simple Swahili how and when to take their medications and when to return to the clinic for their next appointment. 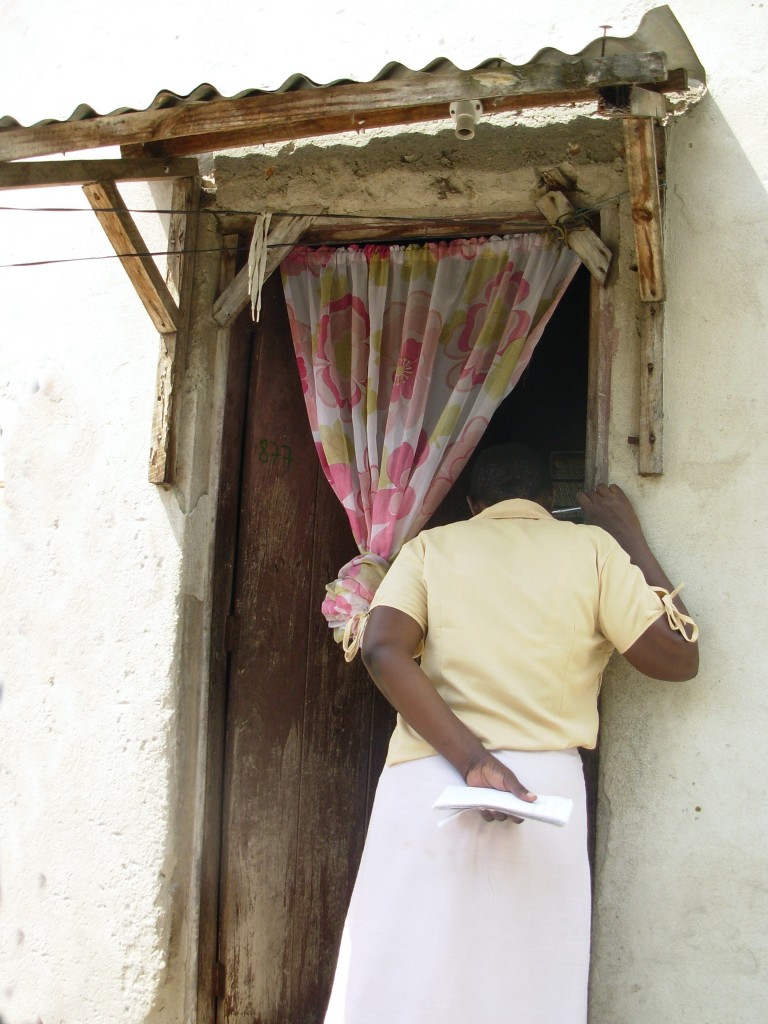 PASADA offers a home-based care service where patients who are palliative or otherwise unable to travel to the clinic are visited in their homes by a nurse or clinical medical officer. I was lucky enough to come along for a few of these visits, helping me to gain a better understanding of the living conditions in various parts of Dar es Salaam. Pictured here is a PASADA volunteer looking in on one such appointment. On this particular visit the patient was highly immobile and seated on the floor close to the door. There was only space for the attending nurse to go inside the home, so I waited outside. 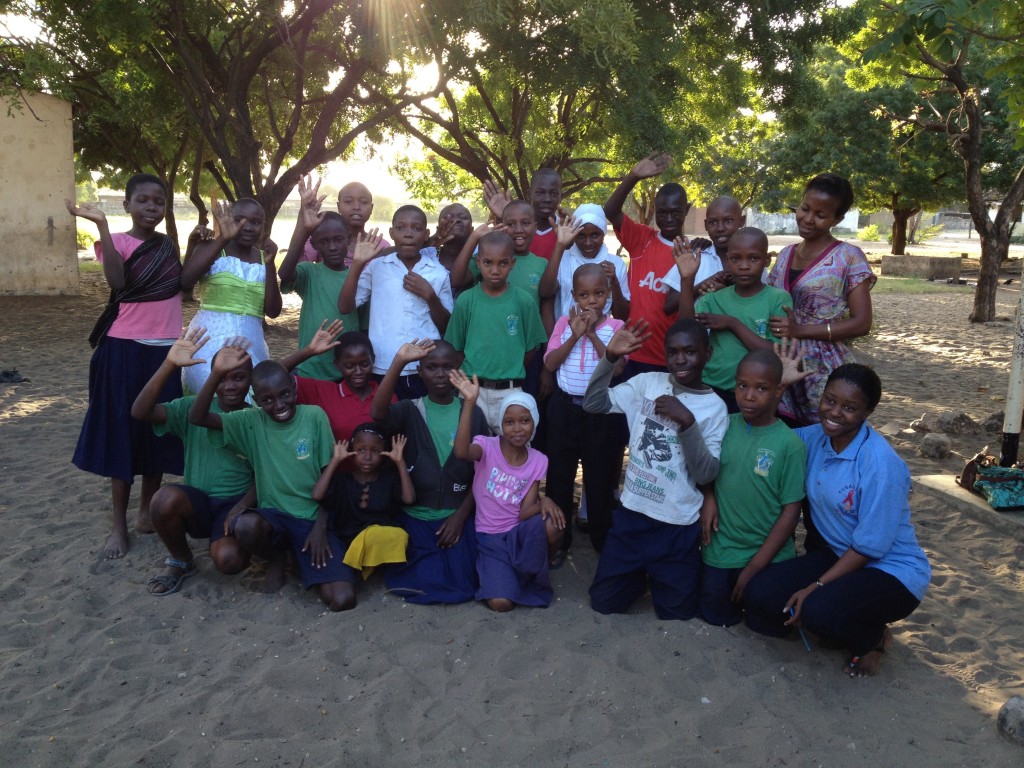 This is a group of children in the MVC (Most Vulnerable Children) program at PASADA, which provides assistance and support to children orphaned due to HIV/AIDS or who are otherwise not receiving adequate care. They were attending an after-school program that happens every Friday called “Right to Play,” with educational games organized by volunteers. My fellow students and I were happy to take part in the fun one Friday afternoon. 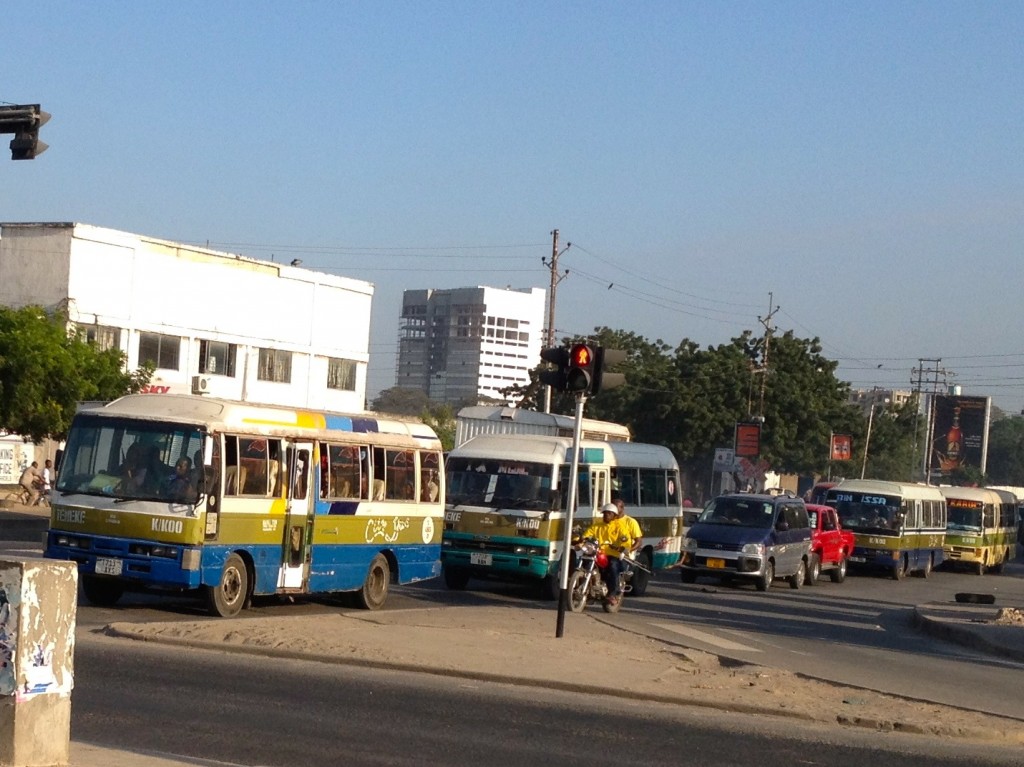 To travel to and from the clinic we would take a public bus, known locally as a “daladala.” Pictured here are a few daladalas waiting at an intersection – they are painted in different colours to represent different routes of travel. Seats on these buses would fill up quickly, so most often passengers would stand in the aisle. An incredible amount of passengers would be squeezed on during some daladala rides – personal space was minimal or nonexistent. 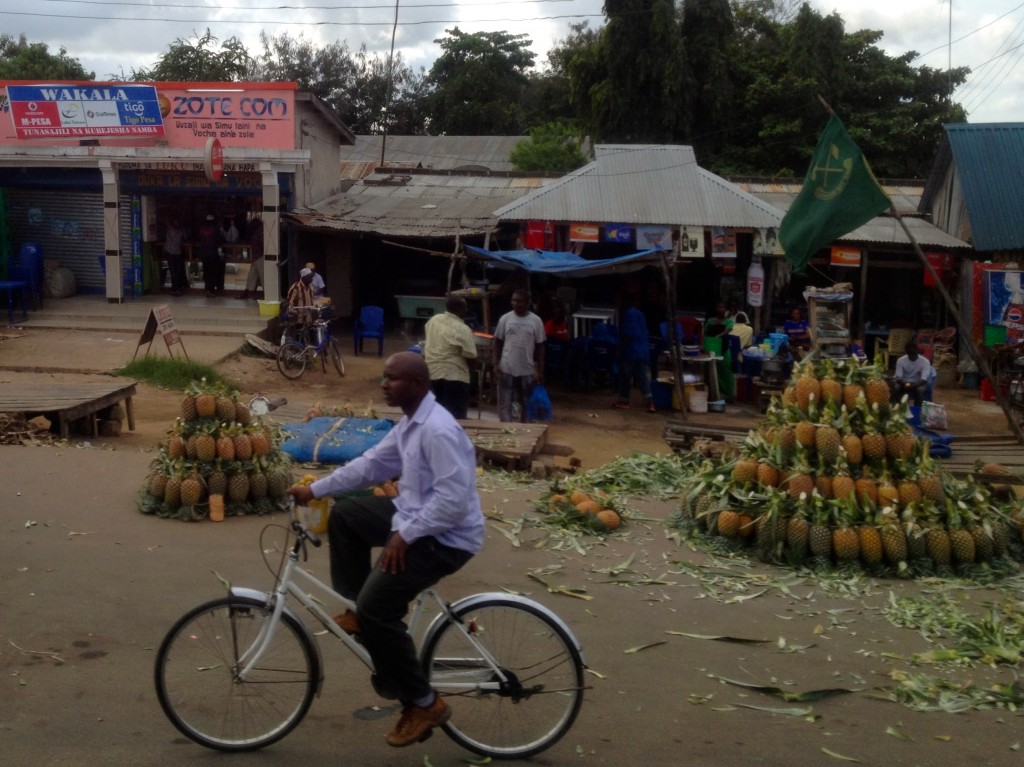 This photo was taken on a bus ride from Dar es Salaam to Arusha, Tanzania. Small shops lined many of the urban streets, and it was common to see vendors with fruits and vegetables walking down the street, selling their produce as they went. Here, fresh pineapples are being sold on the roadside. 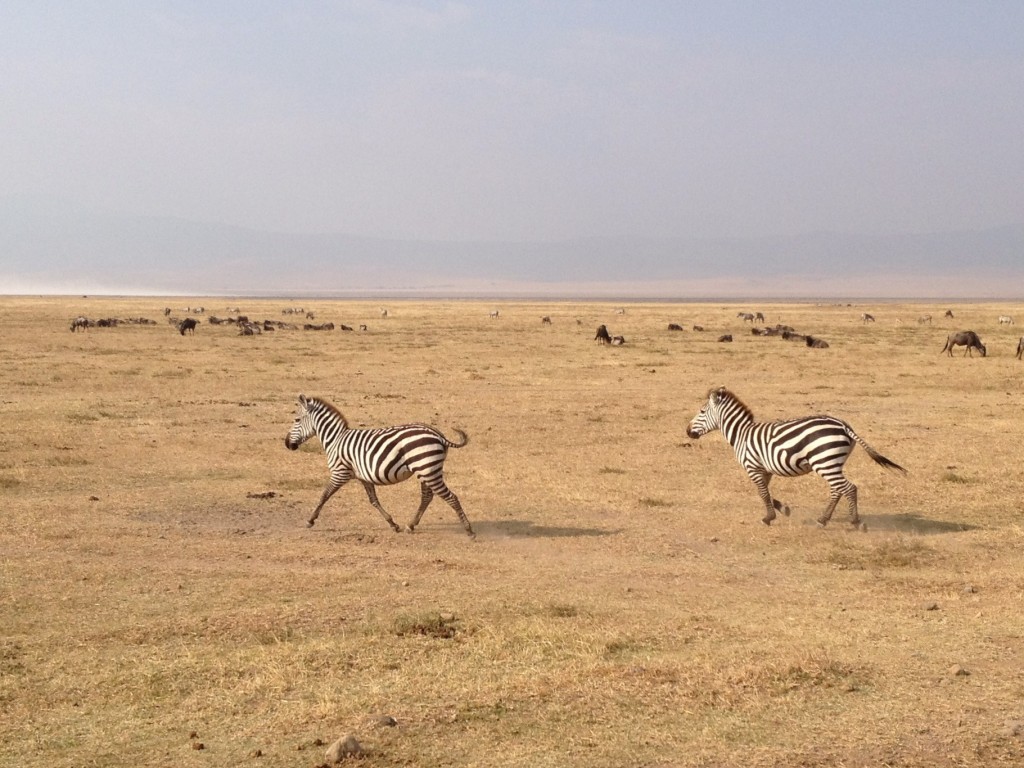 After completing out global health elective, all of the students travelling to Tanzania from Dalhousie went on a five-day safari. We spent two days in the Serengeti National Park, where this photo was taken. “Serengeti” means “endless plains,” and the landscape certainly reflected that. I was amazed at the amount and variety of animals we saw (and up close, too!) – Zebra, gazelles, wildebeest, lions, elephants, giraffes and so much more. I found the coats of zebra particularly beautiful.