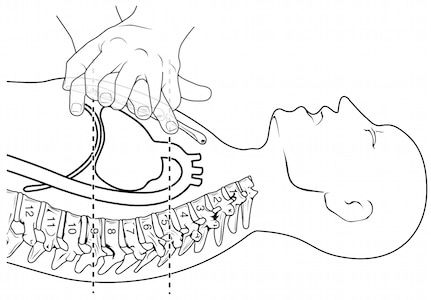 As we enter Heart and Stroke Month, we’re still awaiting the print edition of the 2015 ACLS guidelines*, but as soon as the new guidelines were adopted, there were already … points of contention among practitioners. For example, the guidelines recommend a compression to breath ratio of 30:2, while EMTs in Seattle (with the highest survival rates for cardiac arrest in the world) do not stop compressions at all – administering breaths in between ongoing compressions. Meanwhile a trial in the New England Journal of Medicine indicates that 30:2 versus continuous compressions should have no impact one way or the other on outcome.

Though it’s natural to think of these guidelines as gospel when they’re released, none of it is written in stone (to use a pair of biblical allusions in a single sentence) – otherwise they wouldn’t need updating every five years – and if there’s a point of debate, it’s best to be familiar with both sides. To that end, EmergencyMedicineCases.com, Canada’s most listened to emergency medicine podcast, has put together a pair of one-hour episodes under the heading of “ACLS Guidelines 2015 – Cardiac Arrest Controversies,” available for streaming or as mp3 downloads. They’ve been up since the guidelines came out in October, but if you haven’t heard them yet, it could make for some worthwhile listening while you wait for the release of the ACLS print edition.

You can find the podcasts, along with text summaries and blog posts, at http://emergencymedicinecases.com/acls-guidelines-2015-cardiac-arrest/

*(Due in April -thought we still have 2010 editions with online 2015 updates available until then.)