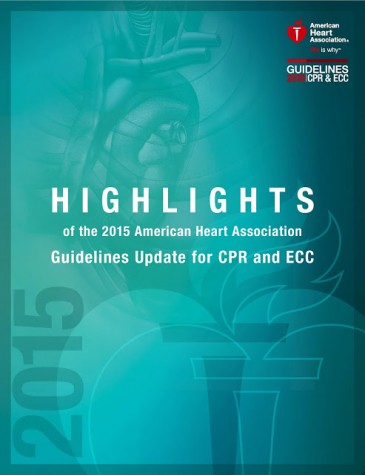 “Out” in this case meaning that they’ve been released to the world, but not yet bound into books.

The preliminary release dates for the ECC and ACLS books respectively are November/December and March/April (though given the 2010 edition’s shipping dates of March 2011 for the ECC, and December 2011 for the ACLS Handbooks, we’re taking an appropriately medical ‘wait and see’ position about that).

In the meantime, if you have a 2010 edition now (or need to get one before the 2015s are on the shelves), you can download a thorough 36-page PDF of the changes (pictured above) here, a 7-page ‘at a glance’ version here, or a side-by-side comparison chart of Key Changes between the 2010 and 2015 Guidelines here.