“The paper is due when!?” The Sir James Dunn Law Library will be offering several Research Paper Workshops for those wanting a refresher. Topics to be covered include:

We welcome our Summer Legal Research Assistants at the Sir James Dunn Law Library. Each May we offer a series of workshops to help RAs refresher their legal research skills. These sessions are for students with some prior legal research training. No registration is required and we will bring the muffins. If you have any questions please contact us at lawref@dal.ca or 902-494-8856.

Join us for a series of mini-workshops on research paper writing. No pre-registration required. The sessions will be held in the Law Library Reserve Collection.

9:00 am Finding Stuff: This is a short workshop of finding books and articles using our library’s collections and online subscriptions. Explore the many research tools we have and find the best tools for your research.

9:30 am Now what? This is a short workshop on choosing and narrowing your research topic to develop a manageable research question. We will look at how to create a research plan and paper outline.

11:00 am Anywhere! We don’t have it? In this short workshop discover how to search and request materials from any library in the world for free through the Interlibrary loan service.

Candidates for the position of Research & Instruction Librarian at the MacRae Library have been invited to make a presentation to the Dalhousie community on the following topic:

Everyone is welcome to attend. 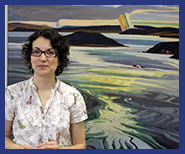 In many parts of the world, the past two decades have witnessed the development of a direct and explicit link between research funding and research impact. How that impact might be defined and measured is open to interpretation by funding organizations and varies according to context. In general, impact refers to the demonstration that one’s research has in some way made a contribution to his or her field. A variety of factors and issues are involved in demonstrating research impact and both quantitative and qualitative methods have been developed or are developing. The goal of each of these is to create objective means by which the importance and value of research can be judged.

While North American institutions have largely been less receptive to an impact based funding model, international collaboration coupled with a competitive funding environment suggests that North American researchers would be wise nonetheless to consider how their own research impact can be tracked and demonstrated. In their role as supporters and facilitators of research, as well as researchers themselves, librarians are well positioned to provide valuable assistance in demonstrating research impact. This presentation will offer a summary of some of the most critical tools available.

Video conferencing will be available for those in Truro interested in the presentation.

* The Tupper link is the windowed hallway between the Kellogg and Tim Horton’s. Take the staircase nearest the bathroom and make a left at the top of the stairs (so you don’t end up in the student lounge) and go through 2 sets of doors and the room is on the right.

On July 1st, our Subject Guides will be going through a system and interface upgrade. During this time, there may be minor interruptions and downtime. 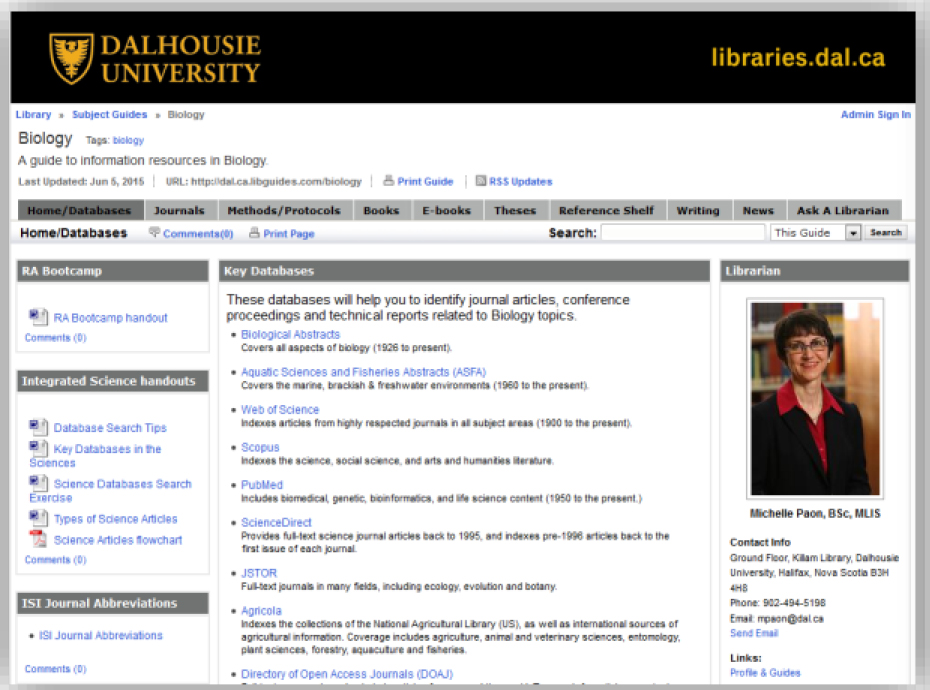 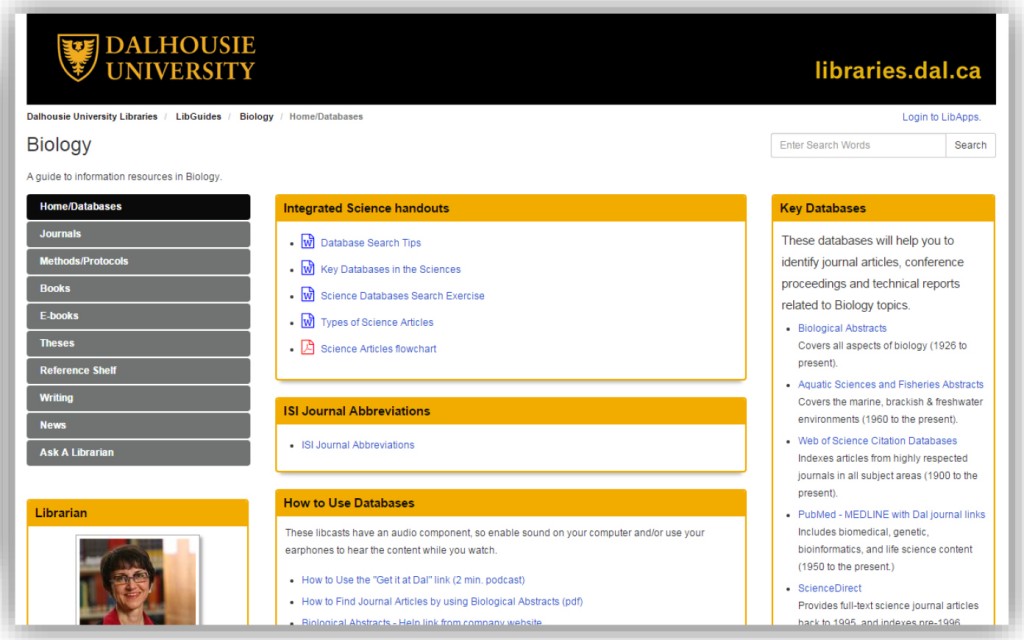 The helpful content on the guides will remain the same, but the guides themselves will have a different look. The pages for the Subject Guides will now be accessible via side navigation rather than top navigation.

If you visit our Subject Guides homepage at www.dal.ca.libguides.com after July 1st (or by clicking “Subject Guides” from the Libraries homepage), you’ll be able to browse through a list of all of our guides, as well as a list of many of our online databases and resources.

If you are a frequent user of our Subject Guides, we hope you enjoy the new interface. If you’ve never used the guides before, we encourage you to check them out! 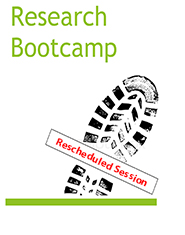 We are pleased to announce that the Research Bootcamp session on Statistics and Data has been rescheduled, and will now be held on Monday June 29, from 9:00-12:00 in the McCain Building, Room 2019.

This session will cover:

To register, or for more information, please contact Ann Barrett at ann.barrett@dal.ca 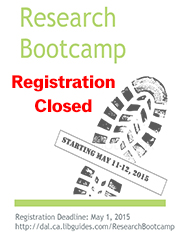 Please note: Registration for this event is now closed
Do you have RAs responsible for doing literature searches, citation management, or other work in support of research?  Do you have TAs responsible for assisting students with finding information for their research papers? The new Research Bootcamp offered by the Dalhousie Libraries may be just the thing to firm up their research skills.  The objective of the Bootcamp is to develop and/or refresh the literature searching and information management abilities of research assistants, teaching assistants, and graduate students.
The Bootcamp starts off with Foundation Parts 1 and 2, which are applicable to all participants. From there, your RAs and TAs can customize their suite of workshops by choosing from a selection of discipline-specific literature searching workshops and information management skills workshops to best address their needs and the work with which they will be involved.
Register your students for the Foundation and U-Pick sessions. Registration will remain open until May 1, 2015.  Visit the Research Bootcamp site [http://dal.ca.libguides.com/ResearchBootcamp] for all the detail, and select the “Register” tab to sign up. 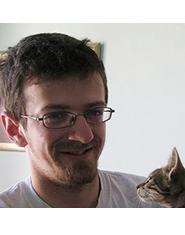 We wish to advise the Dalhousie community, in particular faculty and graduate students whose research requires Canadian material not held at Dalhousie, that Library and Archives Canada (LAC) is planning on closing their interlibrary loan service as of February 2013 due to budget cuts.

This closure will impact on our ability to get certain materials through our Document Delivery service, especially newspapers and archival material on microfilm, Canadian short run journals and small press books, as LAC is often the only location for these items. If you are currently working on research which will require this type of material we encourage you to place your Document Delivery requests for them well in advance of 2013.

We would appreciate it if you could please pass this news on to any of your colleagues or students who could be affected by this closure but who may not see this notice.