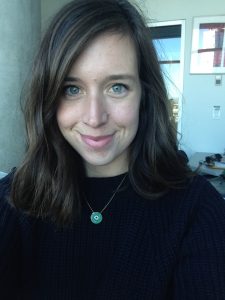 We are pleased to introduce Deborah Hemming, our new limited term Learning & Instruction Librarian. Deborah will be at the Dal Libraries until October 31.

Deborah has worked as a librarian at Simon Fraser University and as a research and innovation coordinator at Acadia. In 2016/17, Deborah worked as a reference assistant in the Killam Library while she completed her Master of Library and Information Studies degree. Deborah also holds a Bachelor of Arts and a Masters of Arts, both in English.

Deborah is a published author. Her novel Throw Down Your Shadows is published by Vagrant Press and will be released in June of this year.

Please join us in welcoming Deborah! 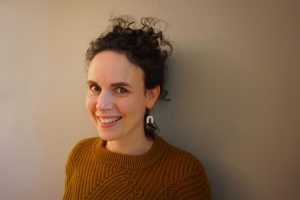 We are pleased to introduce Louise Gillis, our new limited term Data Librarian. Louise will be at the Dal Libraries until October 31.

Louise has worked as a research librarian in Australia and as a bookmobile librarian in Nova Scotia. She has also worked as a research assistant, a summer reading program coordinator, and an executive assistant. She has experience with data management, developing collections, building resources, and preparing and delivering instructional material. In addition to holding her Master of Library and Information Science, Louise holds a Bachelor of Science in Psychology.

Over the last fifteen years, Louise has lived and worked in five different countries, developing strong communication skills and an appreciation for diversity.

Please join us in welcoming Louise!

Dalhousie University, along with a number of members of the Council of Atlantic University Libraries (CAUL) and other universities across Canada, has entered in to a Service Agreement with the Ontario Council of University Libraries (OCUL) to host an institutional Dataverse on the Scholars Portal Dataverse. Dataverse is an open-source web application used to deposit, share and cite research data. It was developed by the Institution for Quantitative Social Science at Harvard University.

Why deposit data in Dataverse?

There are many benefits for a researcher to depositing data in the Dataverse repository. Research Data Management Librarian Erin MacPherson suggests that Dataverse can help you to effectively manage your data and save time. “There are useful features such as the ability to assign roles and permissions and licenses. Publishing your data in a data repository helps to meet emerging grant and funding requirements. Finally, publishing your data can help increase research visibility,” observes MacPherson.

Dean of Libraries Donna Bourne-Tyson notes, “One of the biggest benefits with having an Institutional Dataverse on the SP Dataverse is that we are contributing to the effort for a robust national data repository. We already have a strong collective effort to develop research data management tools and resources through the Canadian Association of Research Libraries’ Portage Network, and this will further assist these endeavors.”

Some of the other benefits include:

What happens to the Dalhousie’s existing Dataverse?

The Dalhousie Libraries currently hosts a local instance of Dataverse; however, from this point onwards, all new datasets and users will be directed to use Dalhousie’s institutional Dataverse hosted on the Scholars Portal Dataverse site. Over the coming year, the data management team will be in touch with existing users about migrating their data to the Dalhousie Institutional repository hosted on Scholars Portal Dataverse site. A decision will be made about maintaining a locally hosted instance at the end of the year.

If you are interested in using Dataverse to publish your data or would like a demonstration, please contact data.management@dal.ca and have a look at some of our training materials:

Classes are about to start; join the Dal Libraries for Brightspace Bootcamp. Drop in for a session or stay for the whole morning. Bring your questions! We’ll also have a regular Brightspace Drop-in session on Thursday, January 2 from 12–1:30 p.m. in Room 3601.

9–10 a.m. Brightspace Refresher
Would you like some help optimizing your course space? Maybe you need to add a TA into Brightspace. Come to our Brightspace refresher hour to get set up for your fall courses.

10–11 a.m. Collaborate/Panopto
Learn all the tips and tricks on running a successful webinar, recording it, and adding it to your course space.

11 a.m.–12 p.m. Urkund and New Features in Brightspace
Urkund is plagiarism detection software that you can add to your course space. Use it for individual files or for an entire assignment folder. We will also feature tools such as Assignment Annotation & Quick Eval. 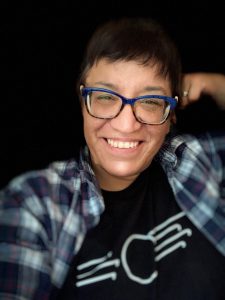 Interdisciplinary artist and poet Michelle Sylliboy (Mi’kmaq/L’nu) was born in Boston, Massachusetts and raised on her traditional L’nuk territory in We’koqmaq, Cape Breton. While living on the traditional, unceded territories of the Musqueam, Squamish, and Tsleil-Waututh Nations, Sylliboy completed a BFA at Emily Carr University of Art + Design, and a Masters in Education from Simon Fraser University. She is currently a PhD candidate in Simon Fraser University’s Philosophy of Education program, where she is working to reclaim her original written komqwej’wikasikl language. Her collection of photography and Mi’kmaq (L’nuk) hieroglyphic poetry, Kiskajeyi—I Am Ready, was published by Rebel Mountain Press in 2019.

Artist Talk
Michelle will read from her new book Kiskajeyi—I Am Ready and talk about the work she has been doing with the komqwej’wikasikl (hieroglyphic) Mi’kmaw writing system.
Wednesday, January 15/6:30 p.m.
MacMechan Auditorium,
Killam Memorial Library

Presented by Dal Reads in support of this year’s title: Song of Rita Joe: Autobiography of a Mi’kmaw Poet.

Most of our locations are now running on holiday hours. We will close at noon on December 24 and reopen on January 2, except for the Killam Library, which will be open for reduced hours on December 28 and 29. Please check the hours widget on libraries.dal.ca for exact hours before heading to any of our locations this week. Happy holidays from all of us at the Dalhousie Libraries! 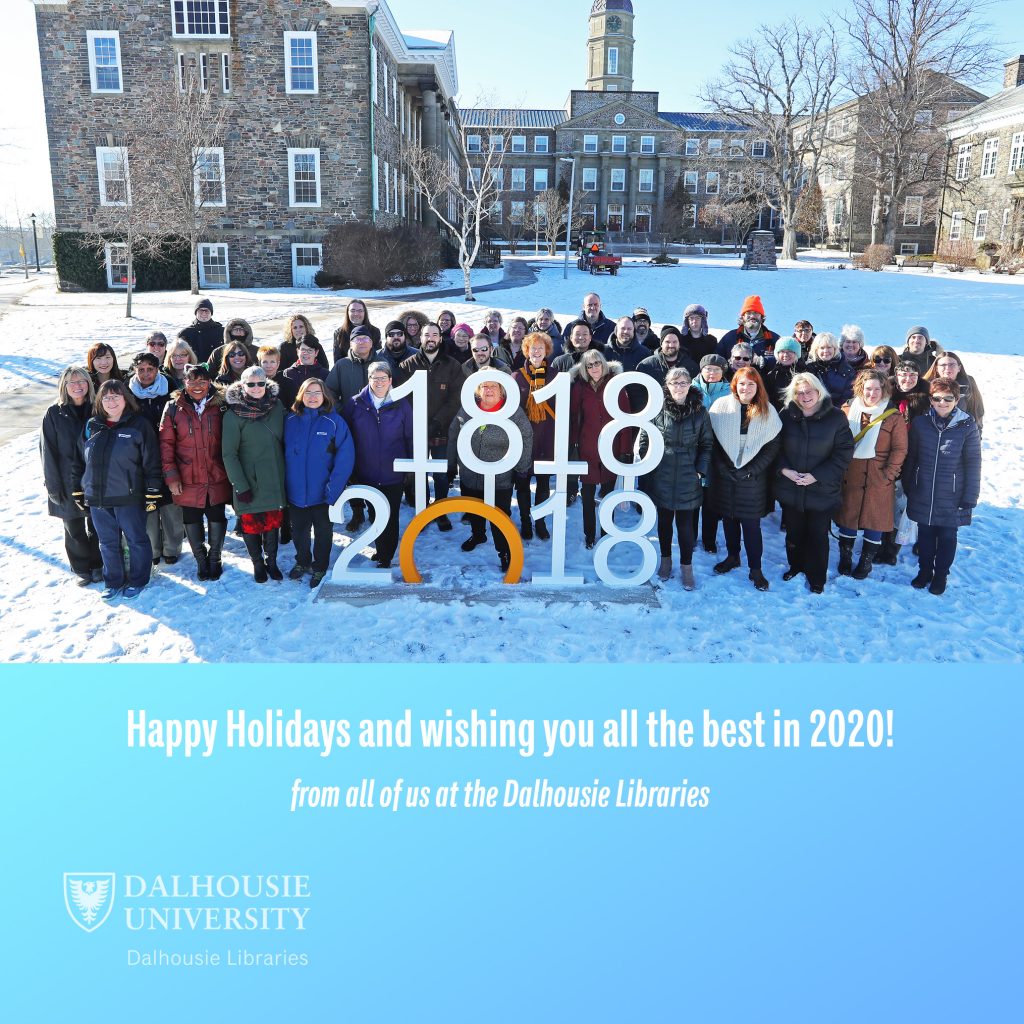 Due to scheduled maintenance, ProQuest Ebook Central will be unavailable on Friday, December 20, from 10 p.m. to Saturday, December 21 at 8 a.m. (AST). We apologize for the inconvenience.

Stephen Murray, who has been at the Sir James Dunn Law Library since 1990, is retiring. His last day is Friday, December 13.

Stephen is known for his creative and beautiful library displays to mark important occasions like African Heritage Month, Mi’kmaq History Month, and Pride Week. He also served on some Dal Libraries’ committees including Equity, Diversion & Inclusion and Health & Wellness.

Please join us in wishing Stephen the very best in his retirement! 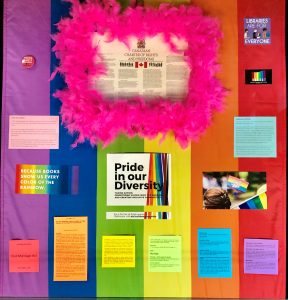 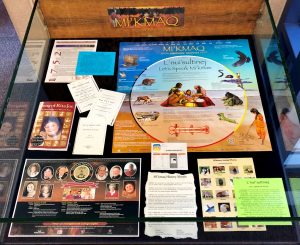 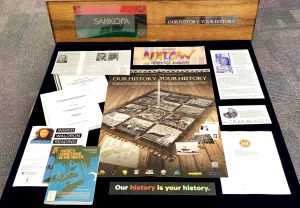 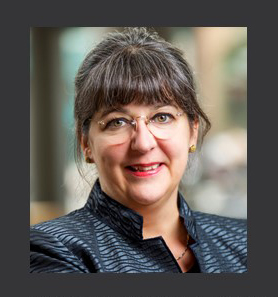 Dr. Guylaine Beaudry is Vice-Provost, Digital Strategy and University Librarian at Concordia University. She led the major renovation of the Webster Library and the transformation of the chapel of the Grey Nuns motherhouse into a reading room.

She was recently elected member of the Royal Society of Canada and served in 2014 on its Expert Panel on the status and future of libraries and archives in Canada. She holds a doctorate in history of the book from École pratique des hautes études (Paris). Her thesis is entitled “Scholarly communications and the digital revolution: Analysis of a mutation period from a historical perspective”.

Presented by the School of Information Management and Dalhousie Libraries.

(This story originally appeared in Today @ Dal on October 31, 2019.)
by Marlo MacKay 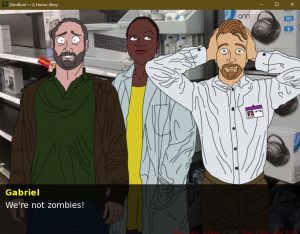 From 1968’s Night of the Living Dead by George Romero to each week’s episode of The Walking Dead, zombies are a perennial pop culture favourite. And with the Halloween season upon us, you’re probably seeing even more references to zombies — even in the Dal Libraries.

Players start out learning that zombies have reached their city and are asked to help a character named Évangeline build a creature made of body parts of the dead to use in the fight against the zombies. The creature can’t be reanimated without a defibrillator, so the player has to make a decision — will they go to a pharmacy to find a defibrillator, find a weapon to defend themselves, or find Évangeline’s friend who may have a defibrillator in their dorm room?

“The choices you make will have an impact on the overall story,” says Julie. “The number of survivors and the endings change depending on how well the player does with the search strategies.” 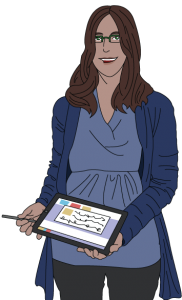 Julie has been an academic librarian since 2011. After about a year in the role, she noticed a pattern — many students had difficulty when it came to searching for information.

In particular, they were struggling with Boolean searches — combining keywords with AND, OR and NOT to produce more relevant results.

“[It] works like math,” explains Julie. “In math, you use operators to put numbers in relation to one another. In Boolean searching, you instead use operators that work with words. It’s a phenomenon that’s been recorded in librarian literature – digital natives [people who’ve grown up with the Internet in their lives] don’t always have the strongest searching skills.”

Bringing the game to life

And so, in her free time, Julie developed a game to teach students how to become better library researchers. She started working on the game in 2012, before she started working at Dal. As time allowed, she’d work on the game, eventually putting in hundreds of hours before completing it in 2018.

“I’ve always liked doing little bits of light programming, but I’d never made a game before so I had to learn how to do that. Then I had to put together a story, different paths, different endings, as well as finding the art and the music. It was my idea but I had help.”

This included assistance from her family and her partner, who created the original artwork in the game. Some of the characters are even based on a few of her Dalhousie librarian colleagues, who gamely posed for photos that were then sketched into digital art. (Her colleagues helped test the game, too.)

Julie introduces many students to the game during her classroom visits, but she hopes students will also find the game fun enough to play outside of the classroom.

“I would really like for Dal students to start playing the game and I’d love to see universities across Canada and even the world try out the game — I have made it open access so that kind of sharing is possible,” says Julie.

Zombool can be played in English or French and is accessible for the visually impaired. With three possible paths and four possible endings, it can also be played multiple times, and for repeat players, there’s a little humour to go along with the gory theme. “If the player decides to replay the game, they get the same story options, but are given the opportunity to add more kittens,” says Julie.

Julie is proud of the game, which is a product of both her love for video games and helping students become better researchers.

“It’s really nice when a student can do a search and suddenly they get relevant results. They’re no longer trying random searches just hoping to find what they need,” says Julie.