Due to repairs needed to be made to the compact shelving, there could be noisy disruptions throughout the day in the W. K. Kellogg Health Sciences Library. The Kellogg Library Learning Commons in the CHEB is available as an alternative quiet space. We apologize for the inconvenience.

On January 13, 2023, after more than 40 years at the Dalhousie University Libraries, Andrew Finch will begin his retirement. Due to vacation, his last day of work will be Friday, November 25.

Andrew’s career at the Libraries started as a student employee in September 1979. On December 16, 1982, he accepted the position of Evening Circulation Supervisor in the Circulation Department of the Killam Library. After four years in the evening position Andrew accepted a promotion, in May of 1986, to the Reserve Library Assistant position in the MacDonald Science Library, Circulation Department.

In August 1989, the Science Library Circulation merged with the Killam Circulation Department and Andrew’s duties evolved into Circulation Database Assistant. By the early 1990s, Andrew was working in Circulation as well as Technical Services where he provided collections support and worked with Government documents. In 1997, Andrew, along with other members of the access services and technical services teams, played an important role in the very successful integration of the Maritime School of Social Work Collection. This integration took a phenomenal effort and was extremely well done.

Andrew is finishing up a long career in the Libraries as a full-time Library Assistant in the Access Services Department of the Killam Library. Please join us in wishing him all the best as he begins this new chapter of his life.

Due to a disaster simulation exercise in the CHEB presented by the C3LR Team and the Faculty of Medicine on Saturday, November 26, the CHEB, including the Kellogg Library Learning Commons, will be closed for the day. We apologize for the inconvenience.

If you’re in need of a library space on Saturday, the following Dalhousie Libraries locations will be open: 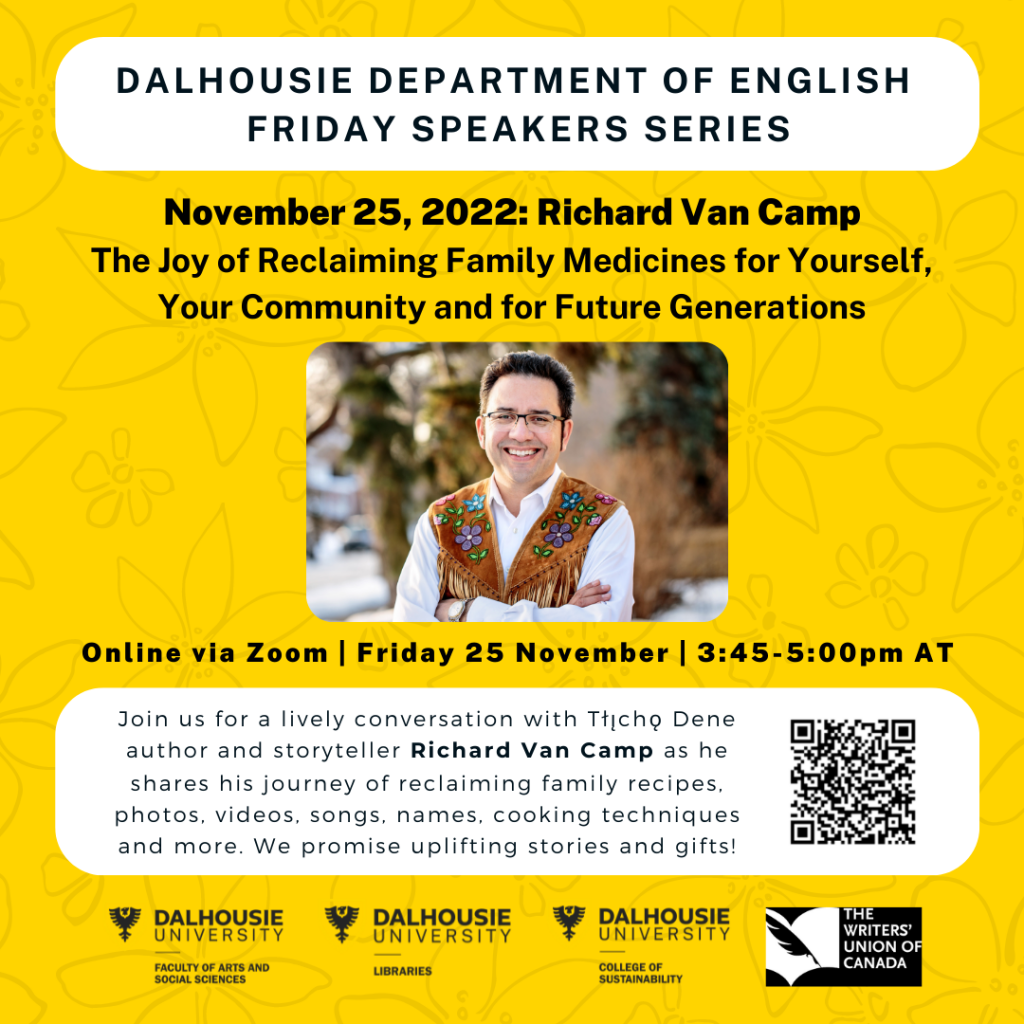 Please join us this Friday, November 25 at 3:45 p.m. as we partner with the English Department to host Tłı̨chǫ Dene author and storyteller Richard Van Camp as part of their Friday Speaker Series.

Richard’s talk is titled The Joy of Reclaiming Family Medicines for Yourself, Your Community and for Future Generations, and it will take place on Zoom.

Richard describes his talk as follows: “Please join us for this lively conversation with Tłı̨chǫ Dene author and storyteller Richard Van Camp as he shares his journey of reclaiming family recipes, photos, videos, lullabies, songs, names, cooking techniques and more. We promise uplifting stories and everyone who attend will receive gifts from Richard just for being the sweet miracle that you are.”

In addition to the gifts Richard has prepared for all attendees, the organizers will also have a draw for a few of Richard’s books. 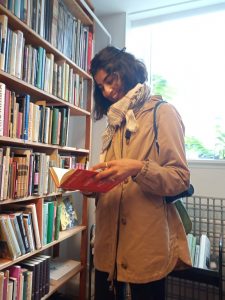 Please join us in welcoming Ratna Dhaliwal to the Dalhousie Libraries. Ratna, who is based in the Killam, is the new Collections & Metadata Librarian. Her first day was November 1.

As a member of the Resources team, Ratna will provide leadership and oversight related to metadata, cataloguing, and resource discovery to the Libraries’ community, as well as contribute to collections management decisions. She is a recent graduate of the Master of Information program at Dalhousie University and she holds a Diploma in Library Information Technology from Langara College and a Bachelor of Arts with Honours in Film Studies from Brock University.

Ratna has previously worked as an eResources Assistant in Collections Services at the University of Saskatchewan, an Information Assistant in Collections Development at the King’s College Library (UK), a Library Technician/Cataloguer at Inspire Health in Vancouver and as a School of Information Management Summer Student in Instructional Development at the Patrick Power Library, Saint Mary’s University. As a Dalhousie graduate student, Ratna also worked as both a teaching assistant and a research assistant.

This week, the Libraries received an unusually high volume of messages regarding log in problems to many of our subscription databases. These problems largely affected off-campus users and were caused by an issue with our proxy service, i.e. the tool that authenticates you as a Dalhousie user when accessing subscription content online. The error has been fixed and all access was restored as of Thursday morning. We sincerely apologize for the inconvenience this lengthy outage has caused, as well as for failing to communicate about this issue with our users in a timely manner.

While the issue has since been resolved, if you ever encounter a problem accessing our electronic content, we encourage you to submit the information via the Libraries’ E-Resources help form: https://libraries.dal.ca/help/eresource-access-help-form.html.

Off campus users who encounter issues connecting to resources can try to use the VPN as an alternative until the problem is resolved. You can find more information about our VPN service at this link- https://dalu.sharepoint.com/sites/its/SitePages/vpn.aspx 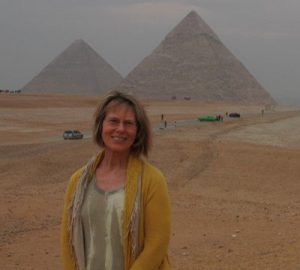 Today we say goodbye to our friend and colleague Gwen MacNairn, who is retiring after 21 years with the Dalhousie Libraries. With this post, we want to share a few of her career highlights while paying tribute to Gwen.

Gwen came to us from Auburn Drive High School to be our new Computer Science Librarian in 2001, a role she held until 2016. Before that, she had also worked for ESRI in California writing technical manuals, as she holds a Diploma in GIS from COGS (NSCC), among many other credentials. Later in Gwen’s career, that experience and education would prove to be very useful. In 2015, Gwen became the Assistant Head of Killam, and in 2016, she became the GIS & Data Services coordinator. At that time, she also took on liaison duties for medical sciences, adding biology in 2018.

Throughout her career, Gwen has been an active collaborator with Integrated Science, Science Communications, CLT, and the Writing Centre. During Gwen’s time as the Coordinator of GIS & Data Services, they launched a popular newsletter, Layers, created a new service-focused landing page for GIS & Data Services on the Libraries’ website, and launched the Chris Hadfield Space Photographs Collection in 2019. The launch of this collection was the single largest event, from a media perspective, that the Dal Libraries have ever had, resulting in 58 media hits and remarks from Commander Hadfield himself: https://www.youtube.com/watch?v=Otebueyo6Vo. In short, Gwen easily met one of her early goals as the GIS & Data Services Coordinator to grow the service awareness beyond the client base in Planning, Earth Sciences, and Economics.

Gwen embodies the ethos of life-long learning, with her annual reports typically including at least one full page detailing the continuing education activities she had engaged in in the previous year. She has a strong commitment to academic integrity, being active in plagiarism prevention from the beginning of her time at Dal. She was an early adopter of citation management software, and her special leave in 2008–2009 was focussed on Zotero and RefWorks as digital scholarship tools. Gwen’s commitment to teaching and information literacy was demonstrated through her involvement in several iterations of information literacy groups over the years. She also taught an Info Lit class at SIM in the fall of 2008.

Gwen’s approach was always user-centred, and she served on many committees and teams throughout her 21 years with us. We can’t list them all here, but we will try to provide some highlights. Soon after her arrival in 2002, she joined the Learning Commons implementation team, and in 2006 she chaired the Central Search Committee, which was our first foray into federated searching, resulting in the Prowler interface. In 2009, she joined the Web Renewal team, and in 2012 she worked on the Killam Single Service Point team. In 2015, she was part of the Strategic Alignment Plan and strategic planning group as well as the Primo Implementation team for Novanet Discovery.

It would be a huge oversight to not mention that Gwen is always energetic, fun, positive, and interesting. She brings her refreshing perspective to every project she is involved in. We hope that in her retirement, she will get to do more of the traveling she so dearly loves to do.

With great admiration and affection, we wish you all the best in your retirement, Gwen!

Due to a power outage affecting Carleton and Studley campuses, the following Dalhousie Libraries spaces will have a delayed opening time today: 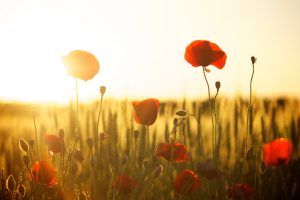 Friday, November 11 is Remembrance Day. The Dalhousie Libraries will be operating on holiday hours. 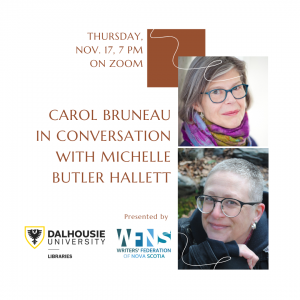 The Writers’ Federation of Nova Scotia (WFNS) and Dalhousie Libraries present an evening of conversation between Carol Bruneau and Michelle Butler Hallett, winner of the 2022 Thomas Raddall Atlantic Fiction Award for her novel Constant Nobody (Goose Lane Editions). All are welcome.

In his review in the Miramichi Reader, Ian Colford calls Constant Nobody “a complex, absorbing historical thriller. […] Constant Nobody is a difficult, sprawling, challenging novel, but its power is undeniable,” he concludes. “It represents a clear triumph of the imagination. The sheer artistry that has gone into shaping and writing this story is nothing short of spectacular.”

Carol Bruneau is the author of nine books: three short fiction collections and six novels, including Brighten the Corner Where You Are, inspired by the life of folk artist Maud Lewis. Bruneau was the 2001 Thomas Raddall Atlantic Fiction Award winner for Purple for Sky.

Goose Lane Editions has provided WFNS with copies of two of Butler Hallett’s books, This Marlowe and Constant Nobody, to give away as virtual door prizes. All registrants in attendance will have a chance at winning.

The free virtual event will take place on Zoom on Thursday, November 17, starting at 7 p.m. Please register to attend.