Dalhousie University Libraries is seeking a collaborative, innovative and enthusiastic individual to serve as the Head, Killam Memorial Library. The deadline for applications is April 10, 2012. For details please visit our Library Job Vacancies page. 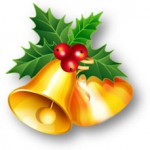 Hours for all Dal Libraries

This summer the Killam Library will be undergoing several construction projects inside and out. In addition to the “facelift” you can see now making repairs to external walls, visitors will also notice the following happening on the second floor.

We apologize for the disruption as we continue to make improvements to your library!

On March 11, 1971, the Killam Library was officially opened in the presence of guests and speakers including Dalhousie President Henry Hicks, architect Leslie R. Fairn, Board of Governors Chair Donald McInnes, and Director of Communications Louis Vagianos.

The Killam has seen a lot of changes since then. With a capacity for one million books (the collection at the time numbered just over 300,000), it was originally equipped with conference rooms, reading areas, telex equipment, “public typing rooms” and a “conduit structure” wiring each room to the Computer Centre in the basement. Now the Learning Commons, group study rooms, and most recently the Learning Incubator & Networking Centre are transforming the Killam to meet the needs of the 21st century while remaining true to its fundamental purpose as the knowledge hub of the campus.

As with all older building on campus, the Killam has its share of stories. Did you know, for instance, that the McMechan Auditorium was named after Archibald McMechan, who was an English professor from 1889 to 1933, and University Librarian from 1906 to 1931? Or that the Brazilian rosewood trim found throughout the building was chosen by President Hicks, a skilled cabinetmaker, who felt it would give the space an “expensive feeling”?

But the real stories about a library are found in the people who use it. Do you have a special memory or story about the Killam? Join the celebration by sharing them here. And please join us in person on Friday March 11 in the Killam lobby for birthday cake, coffee and a raffle for prizes!

Read more about the Killam Library in our Buildings of Dalhousie Illustrated History. 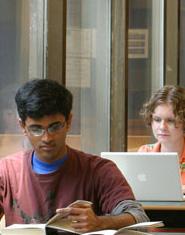 Starting Sunday March 6 and continuing through April 27, use your DalCard to access Dal Night Owls extended hours in the Killam Learning Commons and Atrium. Dal Night Owls runs Sundays through Thursdays, from midnight to 3am. Please note that extended hours apply to the Learning Commons/Atrium only. The Help Desk, Circulation Desk, and upper library floors (2nd to 5th) will close at midnight.

Access is restricted to current Dalhousie or University of King’s College students with a valid DalCard. Just swipe your card through the reader at the main University Avenue entrance. Students already in the Learning Commons/Atrium at midnight will need to swipe their DalCard in a mobile card reader as requested by Library staff.

Free parking in the McCain Parkade* will also be available throughout Dal Night Owls extended hours. If you’re walking or biking, remember to stay safe by travelling with “study buddies” — friends or classmates who live in your area.

For more information on Dal Night Owls, please contact the Killam Circulation Desk at 494-3617. Good luck with your studies!

*The McCain Parkade is the main parking area for events at the Arts Centre. A fee will be charged if you park prior to midnight. After midnight, parking is free of charge until the Learning Commons closes at 3 am. 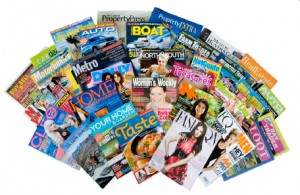 Do glossy magazines recycle or do they go in the paper bin?

You’ll find the answer on posters over bins throughout the Killam Library, courtesy the Dal Libraries Green Team and their ongoing PROG 101 campaign! 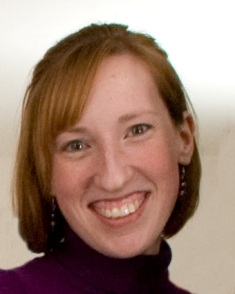 We’re delighted to introduce you to Suzanne Hayes, who began working as a full-time Stack Maintenance / Circulation Assistant at the Killam Library on February 1, 2011.

Suzanne is currently in the third year (part-time) of a Library Technician Program at the Nova Scotia Community College. She comes to us from Dal’s Department of Anatomy & Neurobiology where she worked as Administrative Secretary for a year and a half. Suzanne has also held positions in Admissions at Saint Mary’s and the Mount, so she’s completely at home in a university environment.

Suzanne’s job with the Circulation Dept. involves doing maintenance—reshelving books, tidying up around the copiers etc.—in the stacks and working at the Circ Desk. Or as she puts it, “I do the quiet stuff in the mornings and the socializing in the afternoons!”

Suzanne enjoys sports and is an avid volleyball and basketball player. She also loves to read, particularly historical fiction and biographies. Her experience working with students and her lovely smile will make her a real asset to the Libraries! 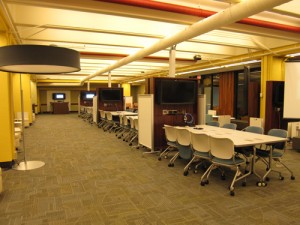 Lots of room to walk around in the LINC

On January 21, the Learning Incubator & Networking Centre (LINC) officially opened in the Killam Library. Something truly new and different has come to Dalhousie.


The LINC is Dal’s first interactive learning studio. Located on the second floor of the library adjacent to the Upper Learning Commons, it is intended to provide both an innovative teaching facility for faculty and a collaborative study space for students. The LINC includes the following features: 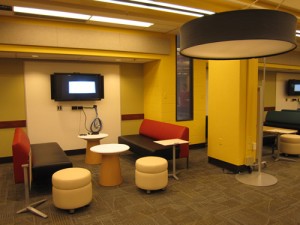 One of the pods that line the room

From a teaching perspective the most innovative aspect of the LINC is that both professors and students are able to project their work onto all of the screens. In addition there is a “private” mode for individual pods which means each group can work on just their own screen. 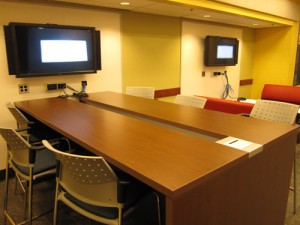 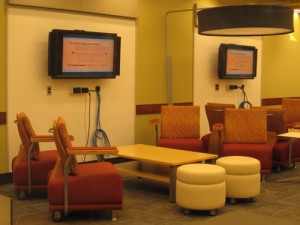 The Learning Incubator & Networking Centre offers opportunities for collaboration and interaction limited only by your imagination. What do you think of the LINC? Send us your comments!

Dal News story on the LINC 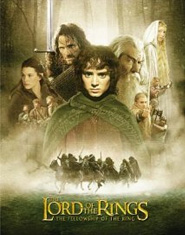 Our holiday gift to you this year? Free books!

We’re placing donated books that won’t be added to our collections on shelves in the Mcnab Reading Room on the 2nd floor of the Killam. Look for the big poster with the kid on the pile of books, and help yourself. Free book covers too!