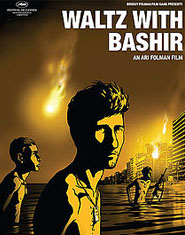 Released in 2008 and combining fictional composites of real life figures and actual people (including Folman as himself), Waltz With Bashir depicts Folman in search of his lost memories from the 1982 Lebanon War. The DVD is available at the Killam Library on a 3-day loan, call number PN 1997.2 W35 2009.

Read more about this film!

The Kellogg Library has a growing collection of streaming video, DVD and image resources.  Our new “Media Resources in Health Sciences” Libguide presents some of the most popular items in our collection arranged by subject.  Faculty may find these resources useful to present in class or to assign as additional study.  Students may just want to view to supplement their clinical experience or as a refresher.  Check out the guide at:

Suggestions or comments about the guide should be sent to Ann.Barrett@dal.ca  at the Kellogg Library. 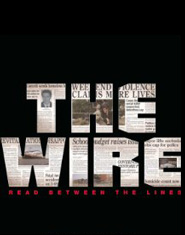 Described by many critics as the greatest television series ever made, The Wire—an American crime drama written by author and former police reporter David Simon—is set in Baltimore and focuses over 5 seasons on different facets of the city: the illegal drug trade, the seaport, the city government and bureaucracy, schools, and the print news media. The Wire”… is recognized for its realistic portrayal of urban life, its literary ambitions, and its uncommonly deep exploration of sociopolitical themes.”

The complete series is now available on DVD at the Killam Library, on a 3-day loan. Check it out! 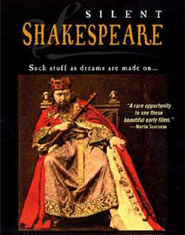 This remarkable DVD brings together seven films based on Shakespeare plays, produced between 1899 and 1911 and digitally remastered “from the original 35mm nitrate materials” by the British Film Institute’s National Film and Television Archive.

“As most of these early photoplays were only one or two reels long, adapting the Bard proved to be both challenging and inspiring. Whatever these films gave up in language and length, they made up for in exuberance, cinematic artistry, visual wit and bravura acting.” Liner notes

Available on 3-day loan at the Killam Library for a unique cinematic experience!

Watch the GIS Centre’s new Shade Model Project video (scroll to the bottom of the page).The model utilizes LiDAR (light detection and ranging) elevation data to show shadow for a late summer day in and around the Public Gardens. The LiDAR dataset collected by the Halifax Regional Municipality has many uses in environmental and urban planning which are being explored by Dalhousie University and HRM.

This is just one example of the type of cool projects that the GIS Centre is working on! 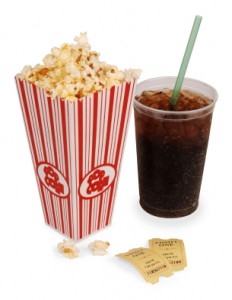 The Killam Library’s video/DVD collection which was housed behind the Circulation Desk has now been integrated into our book collection. The empty cases are shelved in call number order in the stacks–just bring the case of the film you want to watch down to the Circ Desk and we’ll give you the disc or VHS tape for it.

Sign videos out for 3 days, and renew them three times online on your library account. Don’t forget the popcorn…