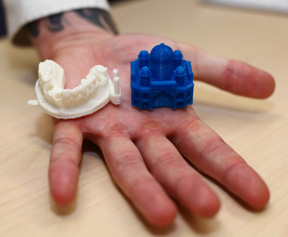 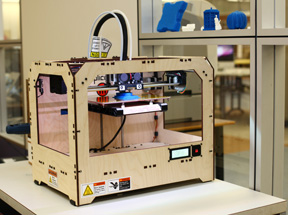 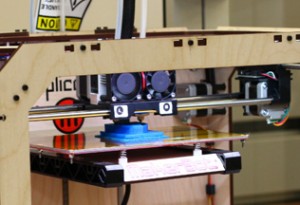 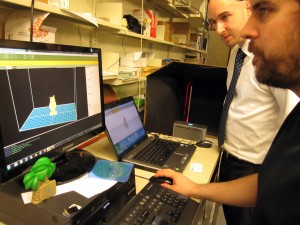 3D printing and scanning for the Dalhousie community is only a few weeks away! SIM students Michael Groenendyk and Riel Gallant have been hard at work testing this service to make it user-ready for the pilot project slated to be set up in the main Killam Learning Commons in May.

3D printing has been around for decades, but only recently has it become accessible to larger audiences thanks to hobbyists and the RepRap project. 3D scanning has also increased in popularity, gaining momentum as the technology improves and becomes more affordable. Dalhousie Libraries’ new Makerbot Replicator and NextEngine 3D scanner will offer you the opportunity to explore this revolutionary technology, and prepare us all for a future shaped by 3D printing.