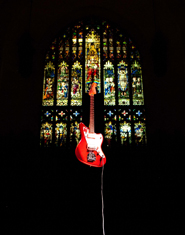 William Robinson, the recently named artist-in-residence at the Killam Memorial Library, is a Halifax-based interdisciplinary artist and graduate of NSCAD (2004). He employs video, performance, sculpture, drawing and other media to investigate the culture of sound and social architecture. He has exhibited nationally and internationally, having shown in New York, Bergen and Berlin, as well as in Toronto at Nuit Blanche and in Halifax at Nocturne. His practice is conceptually based, often rooted in intimate encounters and immediate experiences.

William’s residency at the Killam Library is presented in partnership with the Dalhousie Art Gallery and runs from January 28-March 1, 2013. The residency is funded through HRM’s residency initiative, which benefits artists by providing them with resources including space, time, critical discourse and financial support to deepen their practices, create works, investigate ideas and experiment with materials.

Please join us next Wednesday to learn more about William’s work and his residency in the Killam Library. More information is also available here.

Two new paintings have just been installed in the Killam Library, on loan from the Dalhousie Art Gallery. Both paintings are by Montreal artist Susan G. Scott.

Susan describes her work as “based in the traditions of oil painting, providing a deep sense of continuity with the past. Recently I have focused on bringing line and gesture to the surface, inviting my audience to slip beneath the surface of the canvas and find their own narratives amongst the suggestions of place and character.” 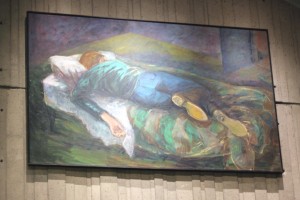 The title for this painting is from a letter by Arthur Rimbaud to Paul Verlaine. Arthur Rimbaud was a 19th century French poet who produced great works while still in his teens. Paul Verlaine was a well known poet in his day, and the two struck a tormented relationship after a period of correspondence initiated by Rimbaud. 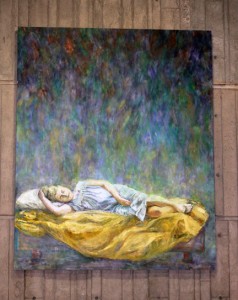 The Dalhousie Art Gallery held a major exhibition of Susan’s work in 2004. In addition to the two paintings on loan to the Killam, the gallery has two other works by Susan (on paper).  The Dalhousie Art Gallery has a mandate to collect work by emerging and established artists from the region, the country, and beyond, and Susan is an important figurative painter with a firmly-supported national reputation.