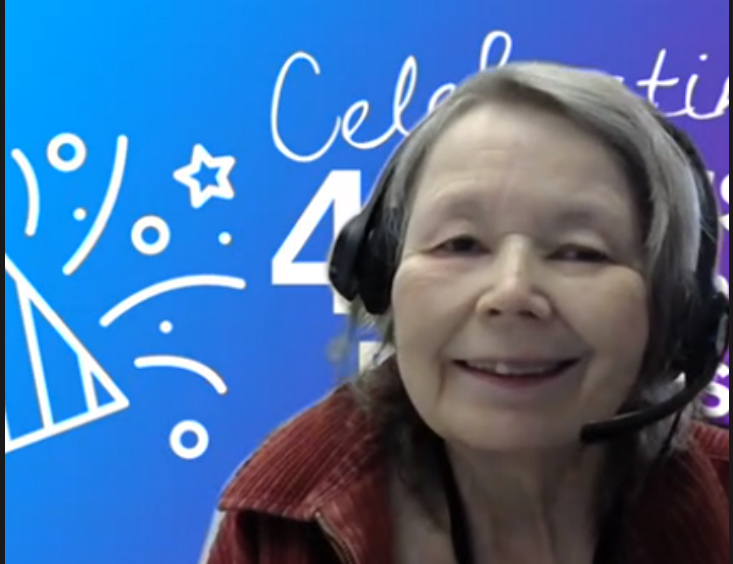 The Dalhousie Libraries is bidding farewell to one of its longest-serving employees, Joan Chiasson.

Joan’s career with the Libraries began in 1981 as part of the Government Documents department. At that time, Government Documents was a separate unit under the leadership of librarian Shelagh Keene with a staff of two: Joan, and colleague June Tasker. The department received, catalogued, and shelved all documents representing federal, provincial, municipal, and international governments, sometimes several hundred a day. They also answered reference questions relating to governmental organization and publications. During Joan’s time with Gov Docs, the collection was moved six times. Anyone who has worked with government publications will recognize the challenge of moving so many short publications that are not in hard cover binding. Joan says that the days leading up to provincial and federal elections were always fun.

Joan has seen many changes in library services over the years. When a reorganization of the public service areas in the library, the reference queries that had been going to the Government Documents Department were directed to the general reference desk. Joan then started working regular shifts at the general reference desk. She credits the subject specialists for helping her through the steep learning curve of the other subject areas. In return, she was often called on as a resource person for government documents queries. She has also been a regular service provider for the Novanet LiveHelp chat reference service.

With the increase of electronic publication of government materials and further restructuring in the Libraries to meet changing needs, Joan moved to the Archives and Special Collections unit in 2012-2013. There she learned to provide reference assistance for another set of specialized collections. She also learned new standards for cataloging materials, this time for processing archival collections and mediating thesis deposits for DalSpace, the university’s institutional repository.

The primary highlight of her varied career has been the people she has worked with over the years, particularly Shelagh Keene, June Tasker, Jane Archibald, Andrew Finch, Sharon Longard, Geoff Brown, Phyllis Ross, Donna Bourne-Tyson, Michael Moosberger, and Courtney Bayne.

Outside of the Libraries, Joan is skilled at needlework and costume design. She has had a long association with a local medieval group and has created many beautiful medieval gowns and costumes for fellow society members.

Thank you, Joan, for over 40 years of dedicated service to the Dalhousie Libraries. We wish you all the very best for your next set of adventures in retirement!