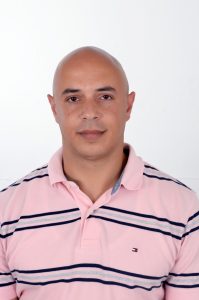 Before joining the team at Dalhousie, Ahmed had worked for over ten years in public firms and multinational corporations in both Halifax and Cairo, Egypt. This has given him experience working in information technology and systems administration which he has always been passionate about. Ahmed previously spent six years as the Software & Hardware consultant for the Coca-Cola Bottling Company of Egypt.

As the Systems Administrator for Academic Technology Services, reporting to Brian Lesser, Ahmed will be responsible for the upkeep, configuration and reliable daily operations of the computer systems such as DalSpace, Dataverse, Archivematica, OJS, Proxy, other servers and backup systems at Dalhousie Libraries. Welcome, Ahmed!