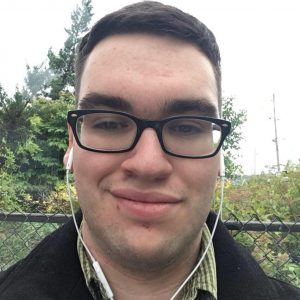 Guy LeLievre has joined the staff at the Dalhousie Libraries working both in Access Services and in the Archives. He is a graduate of NSCC’s Library & Information Technology diploma program, as well as Cape Breton University, from which he graduated with a Bachelor of Arts in English and a Certificate in Theatre Arts.

Guy has worked at the Woodlawn Public Library and the Health Sciences Library of the Nova Scotia Hospital, bringing a wealth of varied experience. He also is no stranger to Dalhousie and the Dal Libraries, having previously done his practicum at the Sexton Design & Technology Library while he was an NSCC student. In 2017, he also worked as a contract project assistant cataloguing the Shirreff Hall Library, an undertaking overseen by the Dalhousie Libraries.

During his free time, Guy likes to read, listen to podcasts, watch movies and catch up on some of his favorite TV shows.