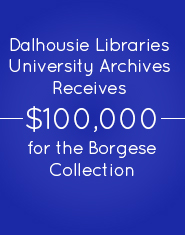 Nikolaus Gelpke, the incoming president of the International Ocean Institute (IOI) and former student of Elisabeth Mann Borgese at Dalhousie, has donated $100,000 to the Dalhousie Libraries University Archives for an ambitions digitization project. Mr. Gelpke, publisher of the German-language periodical mare, The Magazine of the Sea, is funding the digitization of his esteemed teacher’s extensive collection of research and personal papers that are housed in the Dalhousie University Archives. 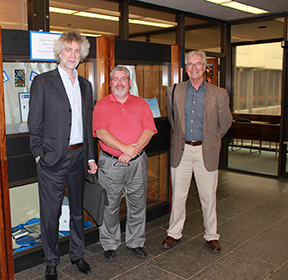 Elisabeth Mann Borgese is an important international figure who spent nearly twenty-five years working at Dalhousie. In the 1960s, Elisabeth and Arvid Pardo (then Maltese Ambassador to the United Nations), put forward the revolutionary concept that the oceans are “a common heritage of mankind” as part of the negotiations for the United Nations Convention on the Law of the Sea (UNCLOS). Although it was not enforced as a principle of International Law for the oceans as a whole, it was codified for the mineral resources of the sea-bed beyond national jurisdiction. In 1972, Elisabeth continued her work in oceans by establishing the International Ocean Institute (IOI). 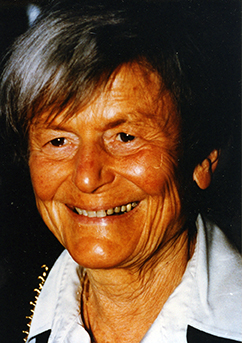 “Oceans are a priority research area for Dalhousie and the Dal Libraries are pleased to be contributing relevant historical content in this area, thanks to the generosity of marine conservationist Nikolaus Gelpke. Elisabeth Mann Borgese was an important figure at Dalhousie, but she was truly a global citizen, and soon we will be able to share her research on a global level,” said Donna Bourne-Tyson, University Librarian of Dalhousie.

Elisabeth came to Dalhousie as a Senior Killam Fellow in 1979. Initially, she was supposed to be here for a one year stay, but soon after she was made a full professor in the Department of Political Science. During her time at Dalhousie, she taught undergraduate and graduate students and continued to work with the IOI. Among her many awards and honours, she received five honorary doctorate degrees and the Order of Canada. She passed away in 2002. (Source: website, International Ocean Institute – Canada)

“Elisabeth Mann Borgese is known around the world for her work in ocean conservation and management. Her papers in the Dal Archives have attracted researchers from as far away as Germany and New Zealand. Now, with this generous donation from Nikolaus Gelpke, we can begin the digitization process on the boxes and boxes of Borgese’s papers, making them available to researchers everywhere,” said Michael Moosberger, University Archivist with the Dalhousie Libraries.

In all, there are 55.5 metres of material in the collection, meaning that the boxes of papers measure 55.5 metres when laid end-to-end. Additionally, there are fifty-one audio cassettes, forty-seven reel-to-reel audio tapes, three VHS cassettes, and two 16 mm motion picture films.

Digitization in an archival setting is the process of manually scanning primary source material into a digital format and adding metadata to the digital object to provide information about the physical and intellectual makeup of the item. Each digitized item will be uploaded into the Dalhousie University Archives’ online finding aid for the Borgese Archive, so users searching the descriptive entries in the finding aid will be able to access the digital object with just a click of their mouse.

“With Nikolaus Gelpke’s donation, we have budgeted for a year to get as much of the Borgese collection digitized as possible. The digitization of the Borgese collection will contribute to scholarship around the world, and the Dalhousie Libraries are proud to be contributing to that. We owe a sincere and deep thanks to Nikolaus Gelpke for making this project financially possible,” said Michael.

The IOI has an Operating Centre at Dalhousie. It is one of twenty-two worldwide. The goals of the IOI are to:

•             ensure the sustainability of the ocean as the source of life, and to uphold and expand the principle of the common heritage as enshrined in the United Nations Convention on the Law of the Sea; and,

•             promote the concept of Pacem in Maribus, peace in the ocean and its management and conservation for the benefit of future generations.

Interest in Elisabeth Mann Borgese continues to bring people together. Under the chairmanship of Dr. Douglas Wallace (Canada Excellence Research Chair in Ocean Science and Technology), personnel from IOI-Canada, Dalhousie University, the German Canadian Association of Nova Scotia and the Consulate of Switzerland in Halifax, are planning to bring the Elisabeth Mann Borgese Exhibit to Halifax in 2015. The exhibit, organized by the Buddenbrookhaus in Lübeck, Germany, displays Elisabeth’s cultural and scientific contributions to ocean governance. The exhibit recently completed a tour of major cities in Germany.