Archives for For Fun 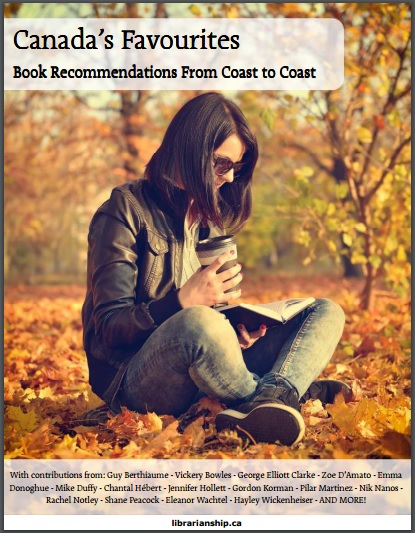 MLIS alumna Zoe Dickinson has worked with Librarianship.ca (not-for-profit organization started to support and strengthen our community and advance its information professionals) to compile a new publication entitled “Canada’s Favourites: Book Recommendations Coast to Coast” in honour of International Literacy Day/Canadian Library Month. The recommendations come from Canadians from all walks of life, including politicians, journalists, sports stars, authors and librarians.

From the web announcement: “We asked our contributors to share books that had impacted their lives, their current reads, and their recommendations for other Canadians.  It was inspiring to see how excited Canadians are to talk about what they’re reading!”

The Word on the Street Halifax is this Saturday and SIM has a booth!  Whether you just came from El Jones’s poetry reading or are on your way to hear about strange Nova Scotia folklore from Vernon Oickle, stop by and say “hi” to SIM staff at the Front Plaza (map here) of the Central Library.

The Festival runs from 11am – 4pm. For more information on this amazing event (and see just how they are able to pack so many interesting things into one day) visit http://thewordonthestreet.ca/halifax/

Dalhousie MLIS grads based in Montreal had an opportunity to meet with Dr. Bertrum MacDonald and Dr. Fiona Black during the 23rd annual international conference of the Society for the History of Authorship, Reading and Publishing (SHARP), which met at McGill University on 10 July 2015. Fiona Black (MLIS, 1993), Sean Swanick (MLIS, 2009), James Ross (MLIS, 2015), and Bertrum MacDonald presented papers at the conference which was hosted by the Université de Sherbrooke, Bibliothèque et Archives de Québec, and McGill University. During a break in the conference, the Dalhousie grads met to share news about career developments and activities at the School. Amber Lannon, Jennifer Zhao, Sean Swanick, and Michael Groenendyk work with McGill University Libraries, Nicholas Warren is a staff member with the English Montreal School Board, and James Ross is member of the Environmental Information: Use and Influence research team at Dalhousie University. 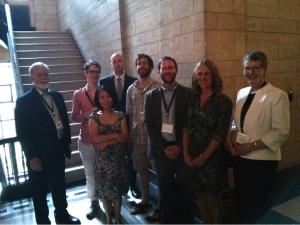