Following an introduction by Dr. Vivian Howard, Ann Shaftel, a conservator and adjunct SIM faculty member, spoke on Monday September 27th, 2021, on Traditional Sacred Texts and the Art that Makes Them Accessible. She spoke about the significance of sacred texts, how they are preserved in monasteries, and how she assists these organizations with this preservation through her consultancy, Treasure Caretaker Training.

If interested in finding out more or seeing Buddhist works in Halifax, Shaftel recommends visiting Karma Changchub Ling or the Halifax Shambhala Centre.

Thank you to everyone who attended and to Ann Shaftel for speaking.

This talk was part of The Information Management Public Lecture’s series and could be attended virtually through Microsoft Teams. Please refer to the schedule for information on future lectures in this series. 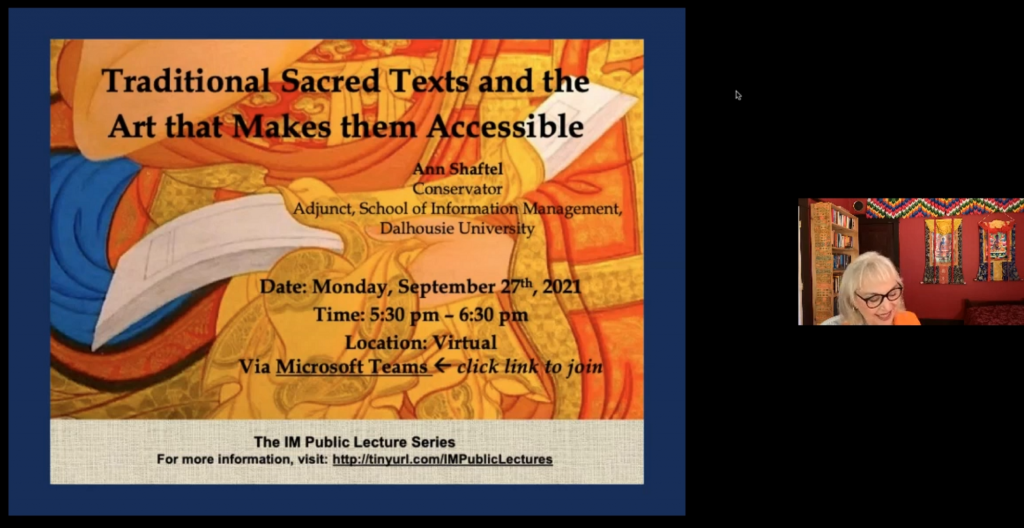