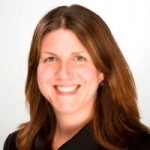 Tanja’s research interests include the history of libraries and library association in the Maritime Provinces with a particular focus on the women represented in the founding of APLA and the HLA. Her ongoing participation in Ex Libris has “provided a voice and raised awareness of library activities in the maritime region.”