In early September I travelled to Granada, Spain with members of the Quantitative Science Studies Lab (QSS) for the 26th International Conference on Science, Technology and Innovation Indicators hosted at the Universidad de Granada. The conference featured three days of oral communication sessions, an event dedicated for Women in Science Policy (WISP) and a PhD student round table.

The QSS Lab presented four studies at the conference. Director of the QSS Lab, Dr. Philippe Mongeon, presented his work “On the Impact of Geo-contextualized and Local Research in the Global North and South”. MI graduate Kydra Mayhew presented a study entitled “On the Citation Relationship Between Industry Funded and Publicly Funded Canadian Food Research Publications” and a poster session for her work “On the coverage of historical journals in Web of Science and Scopus”. I presented my research-in-progress “The Impact of Mentorship on the Research Performance of LIS PhDs”.

The QSS Lab was represented by those of us from Dalhousie University’s School of Information Management, as well as its collaborators from around the world. The conference was a fantastic opportunity to meet established members of the bibliometrics and scientometrics community and meet fellow researchers new to the field. I received useful feedback on my study from conference participants, broadened my academic network, and gained valuable experiencing presenting in an international academic setting. STI 2022 was a deeply formative experience for me as an early career researcher. I will reflect on this conference as an event that crystallized my desire to continue in academia and contribute to global efforts directed towards the advancement of knowledge.

Included below are a few photos from the conference; many new friends were made, old ones reunited, and tapas eaten! 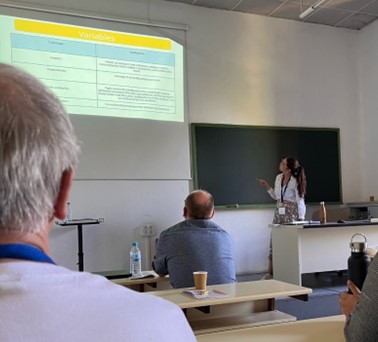 Maddie Hare presenting her work “The Impact of Mentorship on the Research Performance of LIS PhDs.” 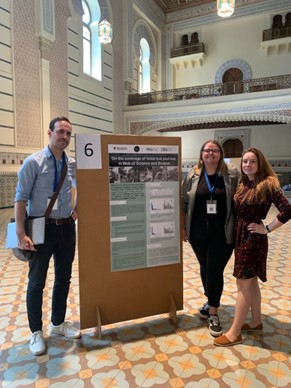 Dr. Philippe Mongeon, Kydra Mayhew (MI ’22), and Maria Henkel with their poster “On the coverage of historical journals in Web of Science and Scopus.” 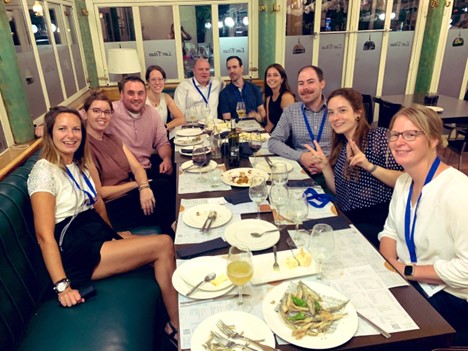 A dinner with members from the QSS Lab, the Scholarly Communications Lab, the Leibniz Information Centre for Economics, and Aarhus University.