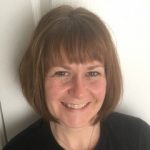 Abstract: Dr. Stenström will be speaking about the unique value framework offered by public libraries. Working in conjunction with the California State Library, her most recent project brings together existing research and recent work in California and the UK that relate empirical findings to a proposed value framework. She’ll conclude by looking how public libraries in Nova Scotia have been engaged in this work over the past several years.

Bio: Cheryl Stenström began her career in public libraries in 1993, and has since worked as a reference librarian in a large urban library, a talking book producer, a public library consultant and public library CEO. After graduating from Queensland University of Technology’s PhD program in 2012, she began teaching full time at San Jose State University’s iSchool. She also continues to work as a Library Consultant, primarily in the area of organizational management, working with organizations such as the University of British Columbia, the Saskatoon Public Library, the Downey Unified School District, and the Surry Public Library. Dr. Stenström’s research interests are focused on social influence and decision making in the political arena, particularly as it affects funding for libraries. She is a graduate of the University of British Columbia’s iSchool and lives in Mahone Bay, NS.