Christian Thomas has spent his last two co-op work terms at TD Securities on Bay Street, in Toronto. He is a third-year Finance major originally fro 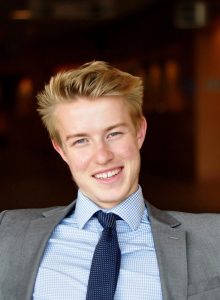 m Ottawa and has been selected as this year’s Top Co-op Student of the Year based on his strong work ethic, impressive quality of work, and his passion for his co-op job and industry.

Christian’s interest in capital markets developed during his first year at Dalhousie when he joined the Dalhousie Investment Society, however it began when his grandfather gave him money for his 16th birthday and told him to invest it. Christian’s passion for capital markets grew from there and he now has secured his third consecutive work term at the money market desk on the trading floor at TD Securities.

Working in this environment takes a high level of focus and commitment to perform as well as Christian has over the past two work terms. Christian describes himself as a “naturally ambitious person who is always looking for opportunities to push my personal and professional boundaries.  This ambition fuels my desire to not only achieve specified goals, but to exceed them.”

It is this ambition that allowed Christian to achieve such a high level of success at TD Securities. His supervisor describes Christian as, “not just a co-op student but someone who I would consider an integral member of the team and if given the chance I would 100% hire him full-time.”

Christian’s hard work led to him quickly earning the trust of his colleagues and a unique goal helped Christian make many additional connections at TD Securities. After his first work term, Christian realized he would have to reach out to colleagues to make his second work term even more successful. “Right out of the gate, I established a goal to meet at least one person a week, with the goal of learning about their group, their career path and sources of success.”

By connecting with colleagues, Christian grew his personal brand within TD Securities which helped him thrive in the culture of TD 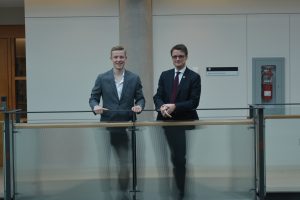 Securities, which Christian describes as, “very collaborative and focused on developing the next generation”.

Through his hard work and by connecting with his colleagues Christian has been able to complete each of his work terms with TD Securities and prepare himself for a bright future in capital markets. Christian’s supervisor describes Christian as having “a very genuine quality where he makes everyone around him better, which in turn naturally makes his colleagues support and root for him. I have no doubt Christian will be an outstanding future leader in this industry.”