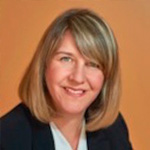 I was awarded a SSHRC Insight Development Grant to study military women’s perception of the Canadian Armed Forces (CAF) as an obstacle to female retention. From a human resource management perspective, this research project addresses female underrepresentation in the CAF. The Department of National Defence (DND) and the CAF committed in the 2017 Canada’s Defence Policy to increase the proportion of women in the military by one percent annually in the next ten years. Despite efforts to increase the proportion of women through recruitment and retention strategies, the impact on the proportion of women in the CAF is barely noticeable—women still make up only 15% of CAF members. This research project explores the perception military women hold of the CAF culture and aims to identify the beliefs and perceptions that can hinder female retention. Although the project was delayed due to the pandemic, we have just completed 32 inspiring interviews with former military personnel who shared their experiences as women in the CAF. They spoke about the constant struggles and discrimination they faced, but despite all of this, they were still able to find a place for themselves in a male-dominated organization and were eager to make it a more inclusive organizational culture. We are now in the transcription and data analysis phase. Phase 2 of the project, a survey of more military women, will be launched this winter. This research contributes to enhancing knowledge about obstacles to women’s retention in traditionally male roles and increases understanding of the levers that could contribute to making an organizational culture more inclusive.