“One of our friends asked me how I manage to incorporate endurance sporting events within a busy lifestyle.  I had to think for a moment, before offering the only reasonable response that came to me – that I am willing to go beyond what others would do.” 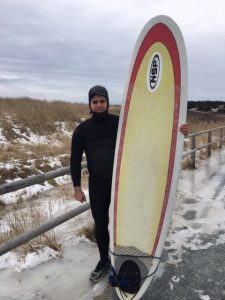 Stephen Boyd is taking on the challenge of the Big Swim to be held August 18, 2019.  Over the past months, Stephen has focused on training for this “epic” swim.  CEGE Connection has been following Stephen on his journey.  This is the second in the series of The Big Swim – A Give to Live Project.

My wife, Sarah and I met up with friends a few weeks ago to celebrate the recent purchase of our new house. Over an animated dinner conversation, the topic of swimming came up.  Our friends were interested in Sarah’s upcoming national synchronized swimming competition in Quebec City, including hearing about the sacrifices that had to be made to participate in this physical activity (her team did very well- proud husband). The discussion soon shifted to my participation in the BIG SWIM charity event,  held in August each year.  The event combines an epic feat of endurance, swimming from New Brunswick to PEI, with the opportunity to raise funds for an awesome charity.  The BIG SWIM is not a race and supports swimmers of all abilities to get out into the Northumberland Strait and achieve the unimaginable.  For normal people who cross the Northumberland Strait by bridge or ferry, the distance is roughly 13 kilometers. Due to currents, and other unknowns, I am told that the average swimmer will cover 15+ kilometers.  It is a truly an epic undertaking.

One of our friends asked me how I manage to incorporate endurance sporting events within a busy lifestyle.  I had to think for a moment, before offering the only reasonable response that came to me – that I am willing to go beyond what others would do. 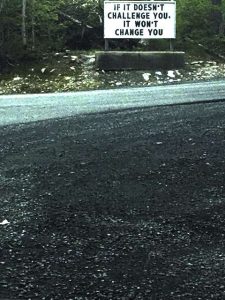 If it doesn’t challenge you, it won’t change you.

Since that dinner, I have reflected on my response regarding my willingness to commit to a physical challenge that demands a lot of dedication. Taking on the BIG SWIM will test my courage and resolve. As I mentioned in my previous blog, I do not have extraordinary athletic abilities, but I am prepared to make sacrifices such as getting up at 3:15 AM to train for an Ironman triathlon. This past Saturday, I swam approximately 8 KMs at the Dalplex. Although it does not appear to be a daunting task, Sarah, my greatest supporter,  reminded me that distance equated to 160 + laps of an Olympic long-course pool.

Overall,  training is going as planned.  On those 5:30a.m. drives to the pool, I stay motivated by thinking about the exhilaration of participating in an endurance event. The charity swim is scheduled for August 18th, and I still have a lot of hard training ahead. I remind myself that I have taken on an epic feat of endurance. If it were easy, everyone would do it.  Going beyond takes a person to the next level of personal fulfillment.  It builds resilience to seek out the next challenge. I am certain that I will do other marathon swimming events.

While driving to our new home this weekend, a local school had a billboard that read: “If it doesn’t challenge you, it won’t change you.” I am uncertain who originally came up with this thought, but I think it is brilliant. 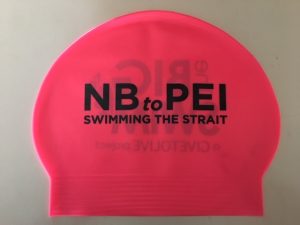