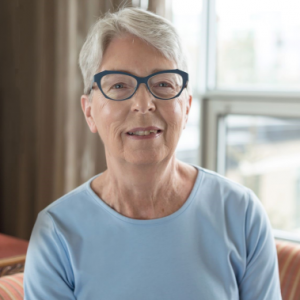 Since graduating from Dalhousie’s Bachelor of Commerce program in 1963 Judith Maxwell has had a long and prestigious career dedicating her professional life to the field of economics. Judith’s work has contributed significantly to public policy, and she has continued her work helping the community with her company Synapcity.

During her time at Dalhousie, Judith was elected Class Historian, was a part of several of musical productions, and she made many lifelong friends. One of the important take-a-ways from Judith’s time in the commerce program was the importance of reading the news on a regular basis. Judith found that staying on top of current world events helped her have a broad body of knowledge that made a difference when interviewing for her first job.

After graduating from Dalhousie Judith went on to get her master’s degree in economics and then began her career as a researcher and a journalist. In 1985 Judith became the Chair of the Economic Council of Canada at this time the council was working to create a census to achieve social and economic goals. Judith, in 1994 became the founding president of the Canadian Policy Research Network, which was a non-profit, non-partisan socioeconomic think tank. She is also a member of the Order of Canada, a former member of the Board of Directors of the Ottawa Community Foundation, and she been awarded honorary degrees by eight Canadian universities and one community college. Most recently, Judith is a Founder of Synapcity, a non-profit dedicated to giving residents of Ottawa the knowledge and skills to understand our city and the confidence to be a community builder.