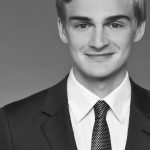 Sam Dyson is a second year CRMBA student who took the initiative to plan a networking trip for himself to Toronto. He was able to organize meetings to reconnect with colleagues from his past and discuss future career opportunities for himself.

Sam was fortunate enough to arrange a meeting with the Member of Parliament for his home riding, Julie Dabrusin. He served as a candidate’s aide for her during the 2015 Canadian Federal Election and was able to discuss with her his short-term future. As a result of their meeting, Sam and Ms. Dabrusin have planned to connect while she attends a convention in Halifax this month.

Sam also arranged a meeting and tour with Borealis Wind, a start-up company in the renewable energy sector. Sam has an interest in renewable energy sector careers and was able to make a strong connection stating, “After the tour, I spent about an hour and a half with Daniela Roeper, CEO, and Kyle Pearson, Business Strategist.”

Sam’s initiative paid off, as he described his interactions with Borealis Wind by saying, “I feel that we were able to develop a rapport and social connection based on our meeting, and it is my hope that as the company grows I may be able to support and/or join them in the long-term.”

Sam also connected with his former supervisor John Allen from Global Public Affairs who, “also holds an MBA and provided some very helpful wisdom and advice on career planning.”

After their meeting John Allen connected Sam with Michael MacTaggart, who is also Sam’s former supervisor. Michael MacTaggart mentioned to Sam that he was looking to fill a position with Global Public Affairs in Ottawa and encouraged Sam to apply.

Sam’s final meeting was with an associate from Sustainalytics. Sam was excited by this visit as he refers to this company as, “an ideal destination given its status as the top pure-play sustainability research firm worldwide.”

The initiative Sam took in organizing his own networking trip allowed him to tailor his networking experience. This meant that Sam was able to connect with colleagues and employers he was truly interested in and help to build a network that will help him along his career path. 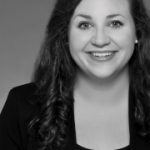 Michele Megannety is a second year CRMBA student who used the recent Toronto Connects Tour to explore her interest in third party logistics and freight forwarding. Michele was able to connect with several companies which allowed her to grow her network within her field of interest.

Michele first met with Panalpina World Transport. From this meeting she gained contacts with Damco and Kuehne + Nagel that are willing to connect with her in the future. This meeting also provided Michele with a better understanding of how the supply chain industry operates in Canada.

During her meeting with Baffinland Iron Mines Corporation, Michele met with Dalhousie CRMBA alumni Sean Butler who encouraged Michele to apply for an Approvals Manager position which allowed her to interview with their VP and Director of Sustainable Development.

Michele completed her Corporate Residency with Aon and viewed her meeting with them during the tour as a chance to reconnect noting, “I met with one of the Marine Brokers in the Toronto office and was able to learn more about the companies they are doing business with and the operations of that office.”

After the Toronto Connects Tour, Michele was considering taking a position with Aon in Halifax and described her tour experience as helpful. “If I take a position in Halifax, I will be working with this group from time to time and therefore this was a great opportunity to put faces to names and build my internal network.”

In the end Michele accepted her job offer and starts working with Aon in June.

Sam and Michele both used their networking experiences in Toronto to learn more about potential careers, gather industry and company intelligence, and make connections while doing so. To learn more about the Toronto Connects Tour visit our website.