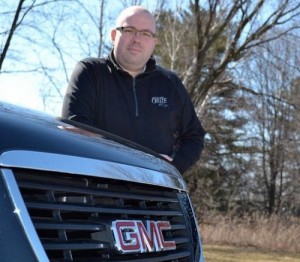 Meet Paul Bailey. Paul Bailey is the Advertising Integration and Launch Manager at General Motors of Canada Limited.  He’s also a proud Dalhousie University Graduate.  In 2003, Paul completed his Bachelor of Commerce (Major in Finance) and in 2005 he completed his MBA (Majors/Concentrations in International Business and Entrepreneurship).  Upon graduation from the MBA program, Paul worked at Dalhousie University’s Norm Newman Center for Entrepreneurship prior to moving on to a career at General Motors of Canada.  Through Chevrolet Canada’s partnership, Paul is working closely with the Canada’s Next Top Ad Exec program to ensure that students are making the most of their education as well.

Paul is a passionate advocate for experiential learning opportunities at all levels of education.  From his time at Dalhousie, Paul co-authored a submission to the Canadian Association for Co-Operative Education that detailed best practices associated with Entrepreneurial Work Terms and the experiential learning opportunities that those work terms present to students.  As an experiential learning competition, Canada’s Next Top Ad Exec is a natural fit for Paul.  He believes that Top Ad Exec offers a unique opportunity for students to gain much needed real-world experience. Further, he emphasizes that this program allows for meaningful interaction with the today’s leading companies and the leaders of tomorrow. 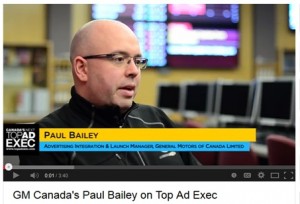 Click to watch a video about Paul’s involvement with Canada’s Next Top Ad Exec.

In his current role, Paul is responsible for the coordination and development of integrated launch initiatives for new Chevrolet, Buick, GMC and Cadillac vehicles coming to market.  This year, Top Ad Exec participants get to step in Paul’s shoes, and develop a marketing and communications launch plan for the all-new North American Car of the Year, the 2014 Corvette Stingray. 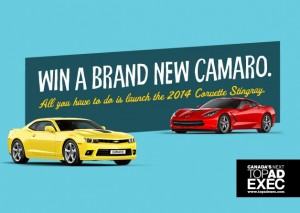 The first phase of submissions are due on January 27th. For 2013/2014, the grand prize is a 2014 Chevrolet Camaro, in addition to several scholarships and seven paid internships to be awarded from General Motors of Canada, PepsiCo, Canadian Tire, McDonald’s and yconic.

So… If you want your chance to win a Camaro and work alongside industry leaders in an internship this summer, what are you waiting for?! Get working on your Phase 1 submission! To learn more about Canada’s Next Top Ad Exec and to register, visit http://www.topadexec.com or contact your Canada’s Next Top Ad Exec Campus Account Manager for Dalhousie, Duane Davis at d.davis@dal.ca. 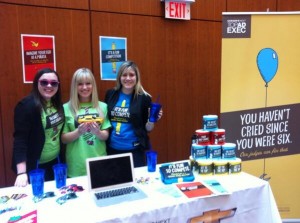 Reps from the Top Ad Team visited the Rowe building this week.