Archives for Faculty of Health Professions 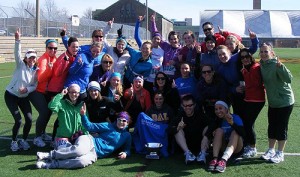 The School of Physiotherapy is the winner of the first annual Practice What You Preach Run/Walk!  The crowd was wowed on Sunday by an impressive 50% participation rate from Physiotherapy’s First and Second Year classes as well as faculty.  Thanks to Katherine Harman and Candice Stapleton who showed up and ran like champs to support the cause.

For winning this awesome event, the School will receive $1000 towards a healthy lifestyle initiative for the Health Professions end of campus! 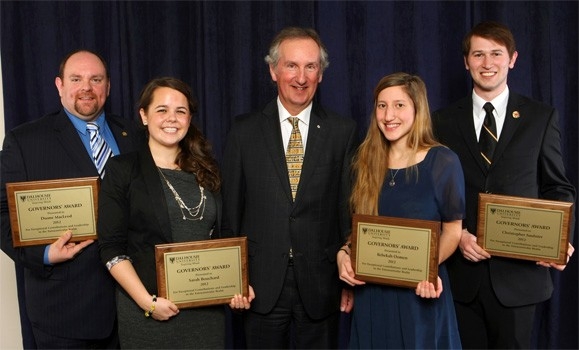 On Tuesday, March 27th, Dalhousie hosted the first annual Impact Awards – a celebration of the contributions that students make to each other, Dalhousie and the greater community.  Among the winners were a number of students from the Faculty of Health Professions: 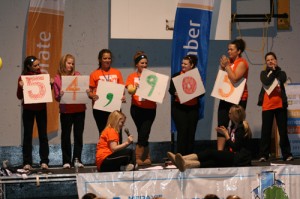 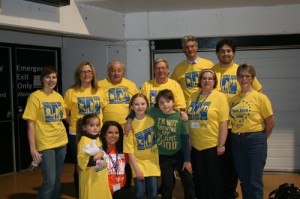 On March 9th, 2012 from 7 p.m. to 7 a.m., students, faculty and staff from Dalhousie, Saint Mary’s, Mount Saint Vincent University and Nova Scotia Community College, will once again come together at Dalplex for the Metro Universities Relay For Life in support of the Canadian Cancer Society.

For the past two years, the Metro Halifax university community of students, faculty and staff have united in the fight against cancer with incredible results.  In 2011, surpassing all goals, the Metro Universities Relay For Life raised over $60,000 for the Canadian Cancer Society – more than doubling the previous year’s total.

The Canadian Cancer Society Relay For Life is more than a fundraiser.  It is an opportunity for family, friends and colleagues to celebrate cancer survivors, remember loved ones lost to cancer, and fight back against cancer.

During the overnight non-competitive relay, teams of 10 take turns walking around a track lit by luminaries honouring or remembering loved ones who have been touched by cancer.  It is a twelve hour event full of heart-warming ceremonies, fitness activities, live local entertainment, and much more!

An important component of Relay is the Survivor Reception and Victory Lap – the first lap of the night.  The Victory Lap truly is a celebration of those cancer Survivors who inspire us every day.  Whether you are 1 year old or 99 years old … 1 day or 50 years cancer free…. all survivors are invited to join the fight.

To participate in the Survivor’s Victory Lap, to register a team to participate in Relay or to volunteer, please visit www.relayforlife.ca and select Nova Scotia followed by the Metro Universities link (http://convio.cancer.ca/site/TR?fr_id=11258&pg=entry) or contact Jennifer at jn212520@dal.ca.

This video was created for the Bold Ambitions campaign – a major part of which is the construction of a new facility specifically designed for inter-professional training – and features some of our faculty members (including Dean Webster and Dr. Sandy Rennie) and students.  Learn more about the Bold Ambitions campaign at: http://boldambitions.dal.ca/novel-health-care-education.html 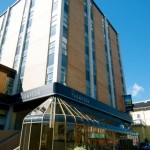 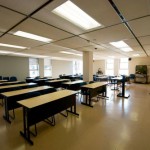 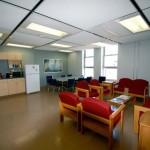 As many of you already know, the School of Human Communication Disorders has moved.  After 35 years at Fenwick Tower, the SHCD is now located in The Thompson at 1256 Barrington Street.  Dalhousie’s Senior Management made the decision to move SHCD in early June, prompted by information about ongoing construction planned for Fenwick.  It was an ambitious plan to find a suitable new location, have the space designed and built to meet their needs, and then execute the move – all before students arrived in early September.  Miraculously, however, that did occur, and by September 2, 2011, the entire contents of the School were transferred to the newly constructed space at The Thompson – just a few days before students arrived to begin the new accademic year.

The Thompson is several blocks east of the previous location on Fenwick Street and close to Dal’s Sexton Campus.  The School occupies the third and sixth floors, and part of the fifth floor.  The Learning Resources Center occupies the fourth floor and the remainder of the fifth.  Classrooms, seminar rooms, the student lounge and computer lab are located on the third floor.  The reception area for the School is on the sixth floor along with the administrative offices, audiology faculty offices, audiology research and teaching labs, speech science faculty office, and speech science research and teaching labs.  Speech-language pathology faculty offices as well as speech-language research and teaching labs are located on the fifth floor.

Although it is a temporary location, the space was specifically designed for the School and has a floor area comparable to their space at Fenwick.  Faculty and students are very pleased with the new facility, and in particular are enjoying the bright natural light.  The building is in pristine condition, having been newly renovated in the spring.  The SHCD is very fortunate to have gained such fabulous space on short notice and appreciates the excellent work of the project teams of both Dalhousie’s Facilities Management and Universal Properties to make it all happen.

The official launch of “Bold Ambitons:  The Campaign for Dalhousie” is taking place today.  To learn more about the priorities for the Faculty of Health Professions, visit the Bold Ambitions website.

Karen Smith has dealt with a lot of doctors in her life.

The Halifax woman has suffered from chronic pain as a result of spinal stenosis for more than 25 years. The sciatic nerves in her spinal column are compressed because her vertebrae are unusually narrow.

“It’s miserable,” Smith said in a recent interview. “But I get up every day and I know I have to put one foot in front of the other.”

She also has made it a priority to take her medical treatment seriously. Patients have a responsibility to be prepared for their medical appointments and learn as much as possible about their conditions.

And she believes doctors have a responsibility to recognize that it’s a person, not just a condition, sitting in front of them.

Smith is participating in a new program at Dalhousie University that aims to drive that message home for medical students right from the get-go.

The health mentors program will be launched at Dalhousie medical school in September. Students will be arranged into four- to five-person teams. They will be matched with a person with a chronic illness, whom they will follow throughout the academic year and into the next year.

“It’s mostly to get them to really understand that the patient is a whole person,” Smith said.

The students literally will be getting the patient’s life story, said Susan Nasser, the co-ordinator of the health mentors program.

“Everybody has a life outside of their illness,” Nasser said in a recent interview.

While the students won’t provide medical treatment, they will try to learn as much as possible about the person’s experiences with the health–caresystem.

They will ask questions such as “when they were diagnosed and how that happened?” Nasser said. “What kind of health–care providers they’ve seen? What went well and what didn’t go well?”

The program also aims to give students a more overarching view of medical treatment. To that end, each team will include students from a range ofhealth–care professions, such as medicine, dentistry, occupational therapy and speech therapy.

“Every profession has its particular scope of practice but there are some things that everybody has to do,” Nasser said. “Communicating with the patient is one of them and doing that respectively.

“In the real world, we’re seeing more emphasis on collaborative practices as well. . . . We have to ask ourselves, how are we preparing students for that?”

Andrew Aucoin, a respiratory therapy student from Lower Sackville, said he’s excited about being involved in the launch of the program.

“It’s going to be really interesting to hear the pros and cons of what people have experienced with the health–care system,” the 20-year-old said. “We know it’s not perfect. We want to know how it can be done better and sometimes that’s not obvious.”

Nasser hopes to recruit about 130 health mentors and she’s about halfway to that goal.

“A program like this wouldn’t be successful without the mentors being willing to take part in this and share their stories,” she said. “It’s amazing that so many people are willing to jump in and make this really valuable contribution to health-professional education.”

( ‘It’s mostly to get them to really understand that the patient is a whole person.’