Introducing this year’s Beluga Award winner, Dr. Ruth Jackson! Ruth is a Scientist Emerita and Arctic researcher with Natural Resources Canada.  Although Ruth retired from the Geological Survey of Canada – Atlantic in 2009, she is still contributing to ongoing research at BIO and can be seen regularly at BIO. 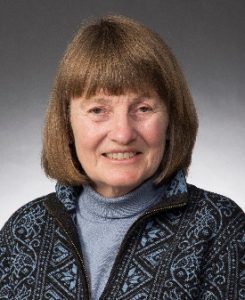 Ruth is particularly engaged in the preparation of Canada’s United Nations Convention on the Law of the Sea (UNCLOS) Arctic Submission.  Over the past four decades, Ruth has made contributions to many BIO projects and programs. Today, Ruth’s contributions to BIO are visible through the new unique outreach display in BIO’s main courtyard, the Bernard Pelletier Fossil Forest.  This display communicates the concepts of evolution, Arctic geology and climate change in an experiential exhibit.

As a result of Ruth’s efforts and dedication to BIO and its community, we are proud to recognize Ruth as this year’s recipient of the Beluga Award. Please join us for the ceremony to celebrate Dr. Ruth Jackson as the 2019 Beluga Award recipient. 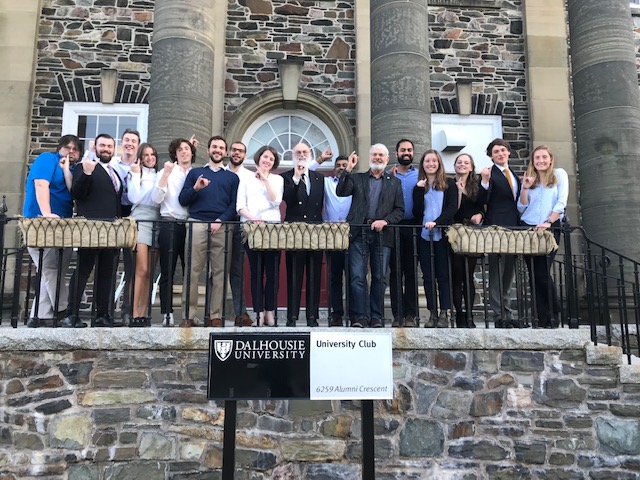 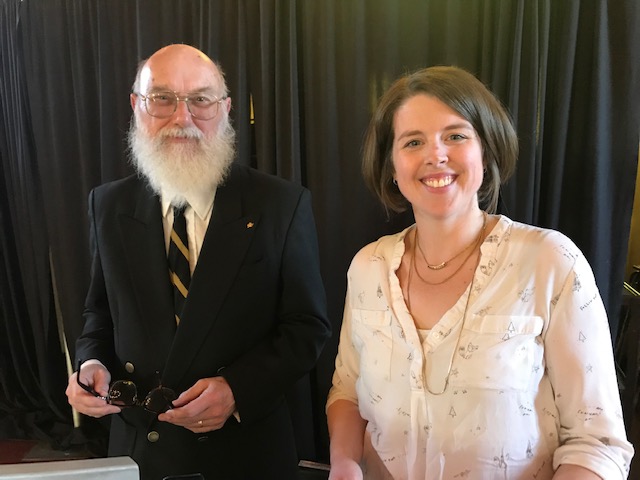 Nearly 50 were in attendance from the earth science departments of Nova Scotia. The ring and oath that is administered represent the obligations an earth scientist has to society, their peers and themselves. 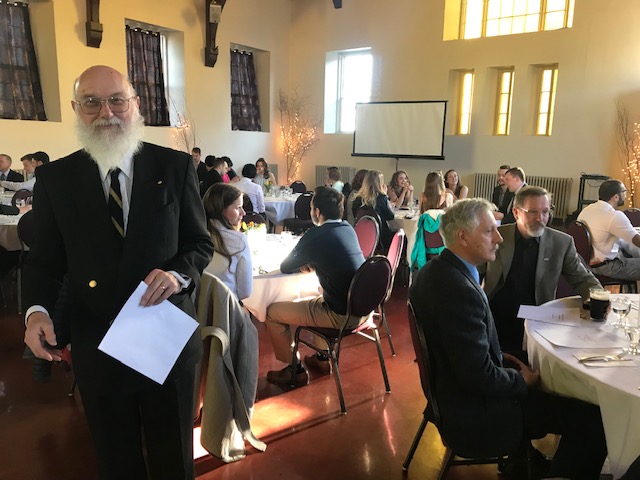 Alumnus Ronald Gobin, BSc, Class of 2018, traveled from Ottawa to participate and receive his ring. 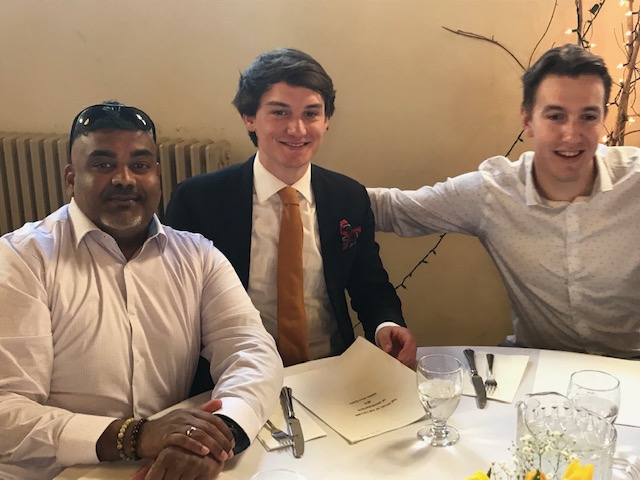 Congratulations to Jen Russel-Houston (PhD, Class of 2001) on her election to the position of President of the Canadian Society of Petroleum Geologists (CSPG) 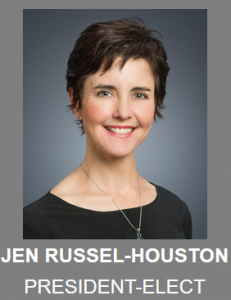 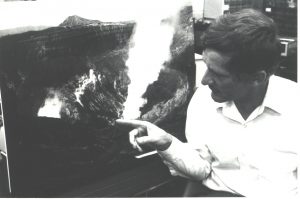 All of you will be saddened to hear Tom passed away today. For those of
you who haven’t been in close touch, or only learned from him at
Christmas that he was ill, it may come as a shock. Understandably, he
was virtually impossible to contact near the end.

He contacted me at Christmas to say he was undergoing chemo for leukemia
but had plans for PDAC. In February he advised me he wouldn’t see me at
PDAC, as he was back for a second round of chemo. I learned while in
Toronto for the convention that he was at Princess Margaret and a
candidate for a stem cell transplant. However, when I attempted to visit
on March 6th he had been transferred to ICU in Mount Sinai with
respiratory complications, where he passed. As his sister Priscilla said
“he flew away on the wings of an eagle”. She and her husband from
Portland, OR, a retired physician, were with him near the end. Besides
Priscilla, he had two other sisters in the US, and many nieces and
nephews with whom he was close.

I’ll follow this email up with any information I may get on memorial
arrangements, family or otherwise, as well as Priscilla’s address when I
get it. 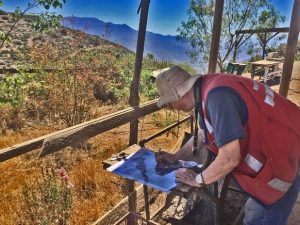 Carlos Ulriksen G. (MSc, Class of 1979). Soon after returning to Chile with his MSc, Carlos was appointed Sub-Director and Director of SERNAGEOMIN (Geological Survey of Chile) in which position he promoted regional geological mapping, magnetic surveys, and the compilation of regional metallogenic maps: e.g. “Mapa metalogénico de Chile entre los 18° y 34° S”, Ulriksen, C.E. (Bull. 42, 1989). He later obtained diplomas on project management and mine evaluation and has become an international consultant; e.g. involved in the discovery of Los Colorados iron deposit, Chile, and sampling strategy in Sarcheshmeh, Iran. Always interested in education, he is currently a part-time lecturer of economic geology and mining economics at the Universidad Santo Tomás in Viña del Mar (http://www.ust.cl/). His current fascination is developing methodologies to use drones in mine property evaluation and geological mapping. https://www.aerospectre.cl/equipo

Victor Maksaev J. (PhD, Class of 1990) has just retired after 19 years teaching economic geology at the Department of Geology, Universidad de Chile, Santiago, following influential 22 years in the Geological Survey of Chile. He is a legend since he mapped the high Andean plains of the Atacama Desert on a motorcycle, and his name is synonymous with the metallogeny of Chilean porphyry copper deposits. One of his most cited papers is “Fission track thermochronology of Neogene plutons in the Principal Andean Cordillera of central Chile (33-35°S): Implications for tectonic evolution and porphyry Cu-Mo mineralization”; Andean Geology 36 (2): 153-171. 2009. 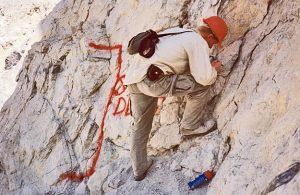 Canadian Darryl D. Lindsay (PhD, Class of 1997, P.Geo.) contributed the most influential study of the structural geology of the giant porphyry copper deposit Chuquicamata: “Evolution of an Active Ductile to Brittle Shear System Controlling Mineralization at the Chuquicamata Porphyry Copper Deposit, Northern Chile”, International Geology Review 3i, 945-958, 1995. He lives in Chile with his young family and currently works for SQM www.sqm.com . 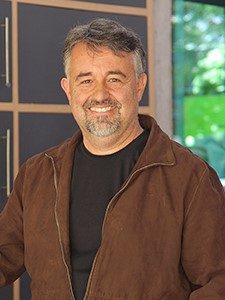 José Cembrano P. (PhD, Class of 1999), is Associate Professor at the Faculty of Engineering, Universidad Católica de Chile, Santiago. http://geociencias.ing.puc.cl/?page_id=746;). He specializes on structural geology and tectonics of the Andes and their relationship with geothermal energy resources and mineral deposits.  He is a member of the Center for Excellence in Geothermal Energy Research (CEGA – http://www.cega-uchile.cl/en/ ). He has been President of the Geological Society of Chile, and his most recent publication is “Crustal faults in the Chilean Andes: geological constraints and seismic potential” Andean Geology 46 (1): 32-65, January, 2019. 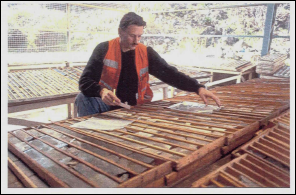 Ricardo Boric P. (MSc Dalhousie 2002) worked as a mine geologist in the giant Manto Type copper deposit El Soldado and is the author of one of the most cited papers on the deposit: “The Geology of the El Soldado Manto Type Cu (Ag) Deposit, Central Chile”; in Porter, T.M. (Ed.), Hydrothermal Iron Oxide Copper-Gold & Related Deposits: A Global Perspective, Volume 2; PGC Publishing, Adelaide, pp 185-205, 2002. Currently he is working for Anglo American www.angloamerican.com on porphyry copper deposits of central Chile.