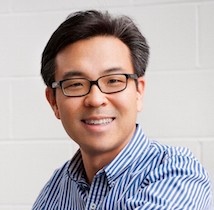 As user-generated online reviews have recently gained more popularity, online reviews as word-of-mouth communication play a crucial role in affecting the product/service selection of consumers as well as the financial results and new product/service development of, which results in unexpected incentives to generate fake reviews.

Fake online review is considered one of the most serious online deviant behaviors, since fake reviews not only mislead individuals to make misinformed decisions but also reduce the credibility and value of online reviews themselves. In order to contribute to the literature on online deviant behaviors and improve extant fake review detection algorithms, the present study aims to (1) identify the four linguistic (i.e., affective, cognitive, social, and perceptual) cues related to a reviewer’s psychological processes embedded in online reviews for restaurants and examine their relationships with the fake reviews identified on Yelp.com and (2) investigate the question of whether time distance and reviewer’s location are related to the occurrence of fake online reviews.

This study is one of the first attempts to investigate the relationship between psychological cues and fake online reviews as well as the impact of time distance and reviewer location on these reviews in a comprehensive manner.

The results of logistic regression analysis of 43,496 reviews from Yelp.com suggest that affective, social, and perceptual cues are significantly related to fake reviews with the presence of the significant effects of time distance and reviewer location. Further, the results of post-hoc analysis confirm that the effect of photos on fake reviews is limited.

The result of our study can provide practitioners with implications on how to better identify fake reviews in online hospitality and tourism platforms with the linguistic cues proposed in this study on top of fake review detection factors currently in use and ultimately provide more valid and trustworthy user-generated content regarding restaurants and places to visit.

Professor Lee’s research interests include electronic word of mouth (eWOM), smart applications, smart tourism and corporate use of social media. His work contributes to the academic literature on the impact of eWOM on consumers’ behaviours, the impact of smart applications on organizational performance and the role of smart devices in the tourism industry.

Food fraud is everywhere. In the aftermath of the horsemeat scandal in Europe, and with cases reported around the world, including in Canada, awareness is high.

Food fraud can take many forms. It can include adulteration — substituting one ingredient with a much cheaper one — or misrepresentation, which may include selling a product as organic when it is not.

Food categories that are more vulnerable to food fraud are fish, seafood, liquids, spices, fruits, vegetables and meat products. Canada has seen its share of cases in recent months, one of the most notable ones is Mucci Farms in southwestern Ontario, near the tip of Lake Erie. The company was fined $1.5 million for selling Mexican tomatoes as a product of Canada. Mucci Farms denies that the labelling was intentional and faults their computer system.

Other cases have emerged through whistleblowers trying to draw attention to food fraud. Cericola Farms, one of the largest poultry processors in the country, was charged with fraud last year over allegations of organic mislabelling.

The number of cases is adding up. The Canadian Food Inspection Agency has received over 40 complaints in 2016 and industry observers expect that number to increase in 2017.

Some may believe that food fraud is a victimless crime. This is not so. What is at stake is the entire food economy.

For any food business to grow and offer high-quality food products, it requires consumer trust. If trust is lost then everything the industry is trying to accomplish will become more challenging. Why would consumers pay more for a product they may deem fraudulent?

The majority of food companies are ethically sound, but you only need a few cases to damage the reputation of an entire industry.

Most importantly, the Dalhousie study suggests that consumers with allergies or intolerances to particular foods are likely to feel more vulnerable than other consumers when thinking of food fraud. Consequently, food fraud is as much a socioeconomic issue as it is one of public health.

Grocers have made recent investments in blockchain technologies that provide a tool to detect products that may pose as counterfeit.

But these measures can only do so much. Companies can’t really report fraudulent rivals for fear of retaliation — food companies denouncing fraudulent cases are themselves accused of food fraud. They can’t win.

Regulators would have to sample-test everything, which would be operationally impractical and, frankly, impossible. Public regulators have been aware of the issue for quite some time but have struggled to find any solutions to address the issue.

A few provinces, including Ontario, have created provincewide committees on food integrity to work with industry in finding fraudulent cases. However, their work will take a while before we see anything new.

Meanwhile, consumers should shop for food and visit restaurants with extreme prejudice. Consumers should look for consistencies in pricing and quality. If a food product is much cheaper at one outlet, perhaps the deal is too good to be true. Consumers should also ask pointed questions about procurement strategies to retailers and restaurant operators to make the supply chain more transparent to them.

But humans are humans and food fraud has been going on for more than 2,000 years. The first known reported cases go back to the Roman Empire when suspicions around adulterated wines and oils were prevalent. Today, however, we have technologies allowing us to detect fraudulent behaviour.

Companies and research centres from around the world are currently developing portable technologies that allow consumers themselves to validate the content of food labels. Imagine testing your own products at home to see if that apple is really from Ontario or that olive oil is really from Italy. The technology exists, but costs are prohibitive. Some of these devices can cost more than $200,000.

One day though, consumers empowered by these technologies will become the most powerful regulators the food industry can ever imagine. Knowing that consumers can ultimately test the integrity of any product, the entire food supply chain will need to be more disciplined and the rotten apples will need to go, no pun intended.

Over time, humans themselves may not get rid of food fraud but technology will.

This article was originally published on The Conversation. Read the original article.