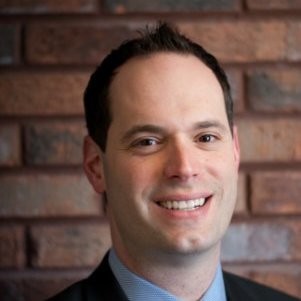 Let’s say I was in the market for a new vehicle which had a cost of $20,000.  Pretend I woke up one morning to find that my local car dealership was having a sale, and the cost of the vehicle I wanted had now dropped to $15,000.

Suffice it to say, I wouldn’t be able to get to the dealership quickly enough with my wallet in hand! Now, let’s say that same vehicle, overnight, went from costing $20,000 to $30,000.  In this case, I would likely start exploring other options.

Here’s the fun part:  Replace the word vehicle with the word investment.

For the average investor, their behaviour becomes the exact opposite.  An investor hears about the next great thing for which the price has increased by 50 per cent overnight; and they can’t wait to go out and ‘get in on the action.’ Likewise, if they hold an investment that drops from $20,000 to $15,000, they decide they want to sell and ‘cut their losses.’

We’ve all heard the adage: buy low – sell high.  Most would agree that makes perfect sense, however, it proves to be much more difficult in practice.  The psychological reason for this will be the subject of a future article.

The following is an example based on historical data and is in no way an indication of future performance.  A famous study conducted by Dalbar reported that the average stock fund for the 20-years between 1994-2013 had a return of 8.7 per cent.  Over that same period, the average investor in that stock fund had a return of 5.0 per cent.

The reason for this is that while investors were chasing returns, star managers, and trying to time the market, they were accomplishing nothing more than eroding their returns.  A 3.7 per cent penalty to those who thought they could outsmart the market!

I just finished reading a book which said that if you want to be successful in life, simply do the opposite of what everyone else does.  It appears that for the 20-year period from 1994-2013, at least, that this was very sage advice!

Jed Levene MBA(FS) 2013 is President, Rockwater Wealth Management Limited and Investment Representative of Quadrus Investment Services ltd.    He is a Certified Financial Planner® and holds a certificate in Behavioural Finance from Duke University. His articles on financial planning appear regularly on Orillia Today, Simcoe.com,    CEGE Connection is pleased to advise that Jed has graciously agreed to be a repeat contributor on CEGE Connection.