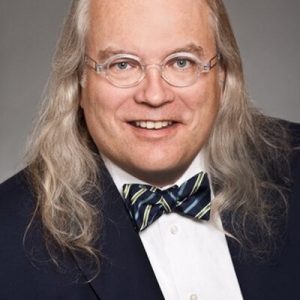 Nancy Fijan MBA(FS) Class of 2013 sent in a question to Dr. Rick Nason:  We all have pressure and noise in our lives, and in business, sometimes it manifests itself in rash decision making by executives. And for publicly traded companies, this can be costly – for example, the recent $40 million SEC settlement that Elon Musk paid for his tweet about going private. In addition to this $20 million civil penalty and $20 million fine imposed on Tesla, he had to give up his role as chairman of the board for at least three years. Is this a lesson about the risk of being too transparent? Or is the complexity of business running up against outdated regulations created before the social media age?

In the third installment of striving for success in 2019, Dr. Rick Nason discusses transparency, and how risk is ever-evolving in the age of social media.

Elon Musk had sanctions imposed upon him by regulators after tweeting some of his thoughts on the prospects for his company Tesla.  The question is:  Is this a lesson about the risk of being too transparent? Or is the complexity of business running up against outdated regulations created before the social media age?

I am going to slightly (hopefully only slightly) reframe this question to “is regulation adequately adopting to changes in complexity and transparency brought about by social media?”  The answer is “NO!” in my opinion.

Regulation is in place in large part to manage downside risk.  For those who have taken a class from me or read any of my books, knows that I believe that risk is the “possibility that bad or good things may happen.” Thus, simply managing downside risk is about as intelligent and practical as chewing your food with only your upper teeth. From the outset, regulation is missing half of the equation. Sometimes half of the equation is all the equation – again, see example of eating with only your top teeth.

Social media is changing business is many ways; some obvious, and some less obvious.  The less obvious way is that social media is increasing complexity.  Social media is creating the data for artificial intelligence to diminish the human value of complicated thinking and analysis by doing it quicker and more accurately. (This would be a great discussion for a future blog – so stay tuned).

Regulators, in large part, miss both of these important consequences of social media and thus appear as out of touch as characters from Downton Abby showing up to the latest university Cuban spring break beach party. Regulations operate on the assumption that the world is complicated; that the world works by a command and control mechanism.  The reality is that increasingly business and governmental affairs are complex.  (Editor’s Note: We highly recommend Dr. Nason’s book, It’s Not Complicated: The Art and Science of Complexity in Business, which discusses the difference between complicated and complex systems.)

Social media increases the connectedness of individuals and groups.  Furthermore, developing technologies are focused on expanding the momentum of that connectedness.  This, in turn, leads to increased speed and magnitude of adaptiveness.  Both effects increase complexity.

Complex systems cannot be solved; they at best can be managed.  Regulation is set up with the implicit assumption that it will solve or prevent problems.  Orgel’s Law, which argues that evolution is smarter than you are, is a fundamental consequence of complexity and its resultant emergence that illustrates the folly of much regulation.

This is not to say that regulation is worthless or not required.  Unfortunately, the nature of humanity and markets is that we need regulation for the collective good.  However, prescriptive regulation is only effective for complicated systems.  Too much regulation is based on “letter of the law”, while “spirit of the law” is a much sounder principle, especially so in the presence of complexity.  Regulation based on spirit of the law, which also applies context specific judgment, helps in the implementation of “manage; not solve”.

Regrettably, the legal system, particularly in the United States, will prevent this from being the mode of operation for at least as long as I am taking up space and oxygen on this planet. So, the answer of whether regulation is keeping up with the increasing complexity caused by social media is an emphatic “No!”.

Before concluding however, I would like to point out that it is incumbent upon each of us to also realize and react appropriately to the increasing complexity in society.  Ironically, the increasing complexity is escalating the expectations that we, individually and collectively, seem to have of government; and by extension, regulation.  As we have higher expectations for governmental solutions, we need to appreciate the paradox that complexity in society is diminishing the ability of government, and regulators, to “command and control”.

Trying to control a complex system with complicated thinking leads to many unintended consequences.  One of the unintended consequences is frustration.  I believe in part this mismatch between complicated thinking / complex reality, and ineffective governmental and regulatory control is leading to increasing voter frustration which manifests itself as increased partisan politics, and potentially a more fractured society.  Social media brings us together, but the complexity is entails may be also ripping us apart.

Technology and complexity are the bold signatures of our work experience.  Virtual teams, with the help of evolving communication channels, will continue to stretch the boundaries of what is possible.  Mahatma Gandhi once said, “There is more to life than simply increasing its speed,” but our current reality seems to contradict that maxim.

How do we keep leadership rigour in a virtual environment that values speed, quick answers, fast results?

This question was given to a panel of CFAME Connection contributors, Binod Sundararajan, Nancy Fijan and Martine Durier-Copp.  Please join the discussion by adding your comments.  We would love to hear from readers.

Nancy: I agree with Binod. Honest communication is essential. In my experience, a leader will succeed when there is clarity, commitment, tools and empathy. Clarity aligns a team on required outcomes and achievements.  Every person brings a specific skillset to the table; for a team to come together, there must be an understanding of individual roles and how the team will work together to track progress and accomplish goals. A leader seeks the 100% commitment of each team member, gaining agreement to prepare, be present and be accountable.  Optimum tools, at minimum, connecting by phone/conference line are essential for virtual teams to operate.  Better still, virtual whiteboards for creative brainstorming, video conferences or Webex for face time/chat box capability, and Dropbox or Google docs to track collateral/materials.

The most critical element, especially in a virtual environment, is empathy. Stuff happens, especially across time zones and continents.  Not everyone on a virtual team is encountering a blizzard that has shut one city down. Pitching in and helping each other out during a difficult time creates a stronger personal and team connection. Embracing the concept of iteration allows for flexibility during momentum blips whilst making the team feel like progress is still being made.

Martine:  Binod’s and my research confirms Nancy’s best practices.  Virtual teams face three challenges: goal alignment, knowledge sharing and motivation.  We have found that major communication breakdowns and conflicts in virtual teams can be mitigated through leadership intervention. If issues do arise, members of the team and team leaders will be better equipped to take action and reduce negative team results. Trustworthiness and cooperativeness are essential for positive team relationships. Trust forms while completing tasks and allows teams to expand outside the scope of their assignment to complete a project. Effective leadership seeks to create an environment that fosters interpersonal trust, shared vision, and effective decision making.

“I consider myself unafraid of pushing the status quo if it advances objectives and leads a better result for the business.”

Nancy Fijan (Class of 2013) is passionate about coaching talent, fostering employee excellence, and ensuring all voices are heard within complex organizations.   In a recent interview with CFAME Connection, Nancy shares her thoughts in the next post in our series on virtual teams:

How should leaders engage within the age of technological change?

Nancy: There is what I like to call a digital ethos in the world today. Thanks to the internet, Apple and now the Internet of Things, customers are driving this sentiment globally and disruptors are forcing businesses to join the community or become exiled into extinction. Mobile workers and virtual teams are a natural evolution for companies and institutions in such times.  I would ask those leaders and companies who are still resisting this evolution as to why? What are they concerned about? How are they evaluating the risk to change their ways of working? I would say to them that people are their greatest asset – trust them. People want to make a meaningful contribution, period. And will do so under the right leadership, no matter where or how they work, nor whether millennial or long tenured.

Has mobility increased your ability to communicate in real-time?

Nancy: Yes, of course. Mobility creates communication efficiency and effectiveness. I am able to process many sources of information at once and much more quickly, and respond during the in between times, (i.e. waiting for a meeting to begin or someone to join me for dinner, or sitting on the train or waiting for the plane to board), when a quick reply is all that is required. Whenever I engage with new leaders, peers, work groups or team members, I establish how and when we will communicate as not everything requires an immediate response and/or reaction. It is important to use medium wisely for decision making and momentum – patience and thoughtfulness are still very much needed in a world of digital addiction, distraction, and instant gratification. And I always shut my phone off in the car as I don’t believe in hands free when I’m driving.

BYOD and work life balance: how do you keep your personal and business separated when your contact list/phone numbers are in one device?

Nancy: This is an interesting topic. I think it depends on the company/institution culture and individual choice/preference. For work life balance, this seems to be evolving as a concept into work life integration which promotes a healthier approach to blending personal and professional priorities. I foresee new designs and developments in this space to provide mutually viable cost-effective software solutions. I also think that the onboarding process for new employees in companies will evolve from, ‘here is your company laptop and cell phone, and all of our security procedures, intranet sites that you need to follow and use’, to ‘here is your universal company ID and relevant link to connect with us to access a system or submit work.’

What do you enjoy most about being involved within a virtual team?

Nancy: I thrive on the energy and pace, and truly value the diversity of contribution and connection. It forces you to really listen, ask good questions and share ideas or opinions, whether you are coming from a place of courage, creativity or expertise. Diverse perspectives from colleagues in other countries or locations always lead to a better outcome, whether a new playbook, proposition, product or process. Always. As mentioned earlier customers are a driving force, and virtual teams create a closer connection to the actual customer experience because of how they engage to complete tasks. There are powerful insights to be garnered in this regard that sitting in a meeting room does not evoke.