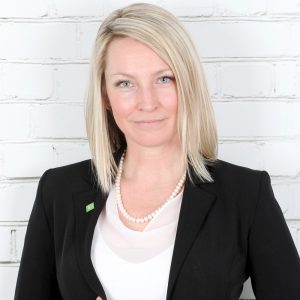 My name is Carrie Morrison, I graduated from Dalhousie University with my MBA(FS) in 2018.  I am passionate about raising awareness and funds to find a cure for epilepsy. In 2019 I joined the Board of Directors for Epilepsy Canada in order to amplify my efforts for the cause.  It has been a very soul-fulfilling experience and I encourage everyone to advocate for something your passionate about.

For many, March 26th is a day comes and goes without taking more than a second thought.  For me, this is not the case.  For me, I am reminded of loved ones I have supported, and sadly, lost to epileptic disorders.

It is in their honour that I share with you some facts about epilepsy which may surprise you, and help you understand what to do should you encounter someone having a seizure.  Unfortunately, public perception and treatment of individuals afflicted with epilepsy can often be larger problems than the seizures themselves.  Seeing someone have an uncontrollable seizure can be scary to witness.  People with epilepsy often suffer from depression and anxiety, have strained relationships, have their license to drive taken away, and have trouble learning and so much more.  The more we know about epilepsy, the more we are able to acknowledge its prevalence and the stress it inflicts upon individuals, their loved ones and caregivers, and our society as a whole.  Ultimately, the more empathetic we can become, the more successful we will be in finding a cure.

Research is very expensive and these are some reasons why we need your help,  did you know:

Now that you know a little about epilepsy, what can you do to help people who are affected by seizures?

If a seizure lasts longer than 5 minutes, the individual appears to have difficulty breathing, the person gets injured, is pregnant or sick, and if the person does not return to their usual state – call 911.

I hope you found some of this information useful, interesting, and I hope it encourages you to get involved.

You can help to find a cure, by donating to Epilepsy Canada www.epilepsy.ca/donate

“Epilepsy Canada is a registered Canadian charity dedicated to positively affecting the lives of those living with epilepsy. It’s sole mandate is to raise monies for epilepsy research with an objective of finding a cure. It demonstrates the need for research by highlighting key issues related to those whose seizures cannot be controlled through existing medication and treatments and the tragic cases of SUDEP (Sudden Unexplained Death from Epilepsy). Through its active financial support of epilepsy research, it strives to help the Canadian neurology community find a cure for epilepsy.

Epilepsy Canada is governed by a nationally representative Board of Directors, comprised of leading professionals from the neurology and business communities. Founded in 1966, the organization depends on donor and volunteer support for the continued development and delivery of its research grant programs.”