“Give a girl an education and introduce her properly into the world, and ten to one but she has the means of settling well, without further expense to anybody.” 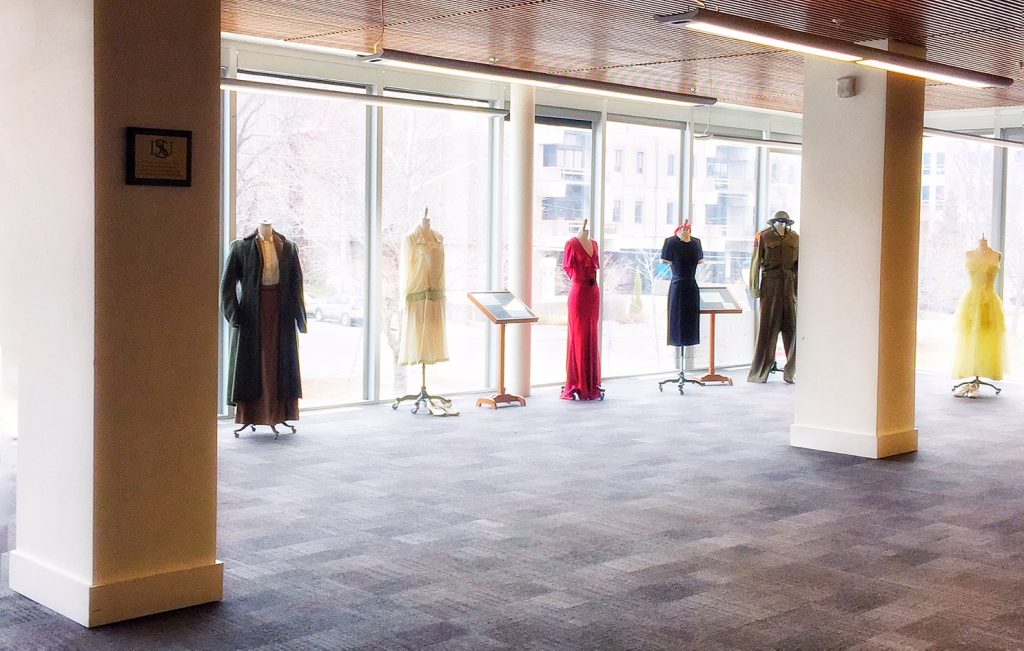 Michelle Hunter attended a DAL200 display of Regency Fashion that featured fashion designs of 1818, the year Lord Dalhousie received the royal approval to establish Dalhousie University via Lord Bathurst.  For those fashionistas who enjoy following historical fashion trends, this post is dedicated to you!

The year 1818 is at the end of the Regency period (1811-1820).  At this time, Canada was mostly under British rule.  Therefore, fashion was very much inspired by what was worn in England.  The Regency era is famous for its high-waisted, Empire-line silhouettes reminiscent of Ancient Greek dress.  Ladies of the Regency era typically owned various types of gowns for different occasions and times of the day, such as morning dresses, walking dresses, and evening dresses. 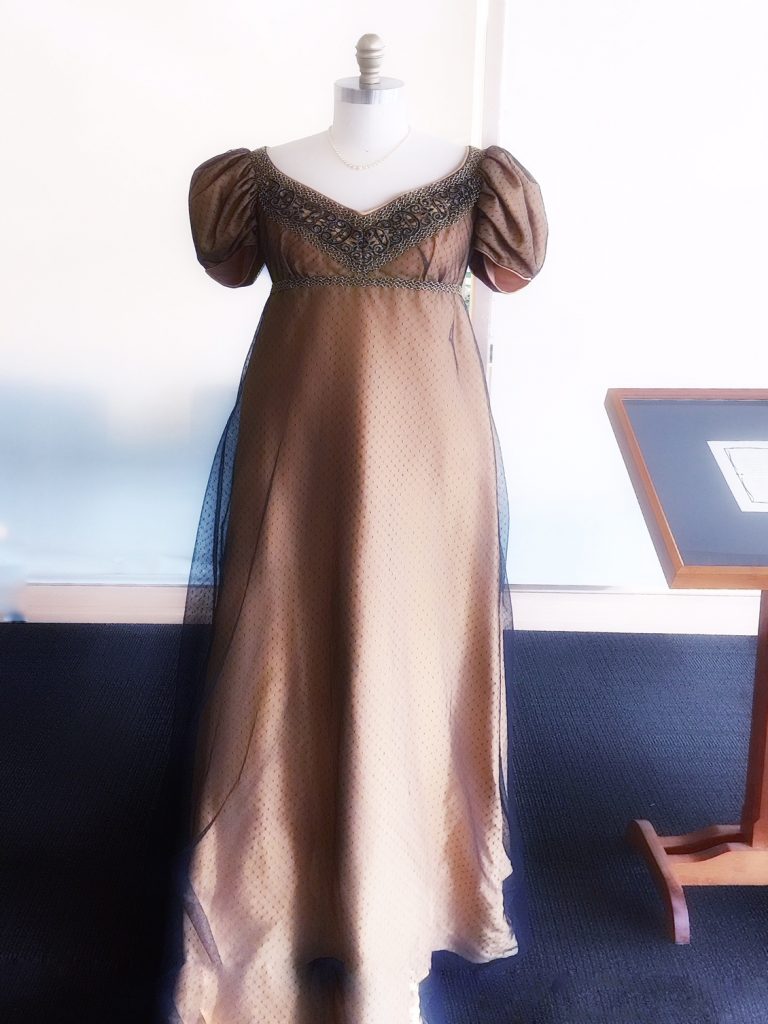 The dress presented here would likely have been an evening gown, worn by a well-to-do woman of the middle class, or by a higher-class woman.  In 1818, waistlines were very high at just below the bust.  Embroidery, appliques, and flounces on skirts were very popular. Lace overlays and tulle were also widely used that year.  Machine-made net and gauze had been on the rise since around 1810.

Men’s dress was very much inspired by dandyism (being preoccupied with fashion but appearing nonchalant about it) and the Romantic movement. Dark colours of rich cloth (such as velvet) were very fashionable, as were short hairstyles and high boots.  Breeches were on a decline and being replaced by pants or trousers.  A typical Regency man would have worn the three-piece suit, consisting of the pants/trousers, a waistcoat, and a coat.  A white linen shirt would also have been worn underneath the waistcoat, as well as a neckcloth or cravat around the neck.  The black silk top hat was preferred by most men of the time.  Overall, the Regency era favoured long and lean silhouettes and is often associated with tales of romance and Jane Austen. (This information was recorded on the 1818 Information signage on display. See photo below) 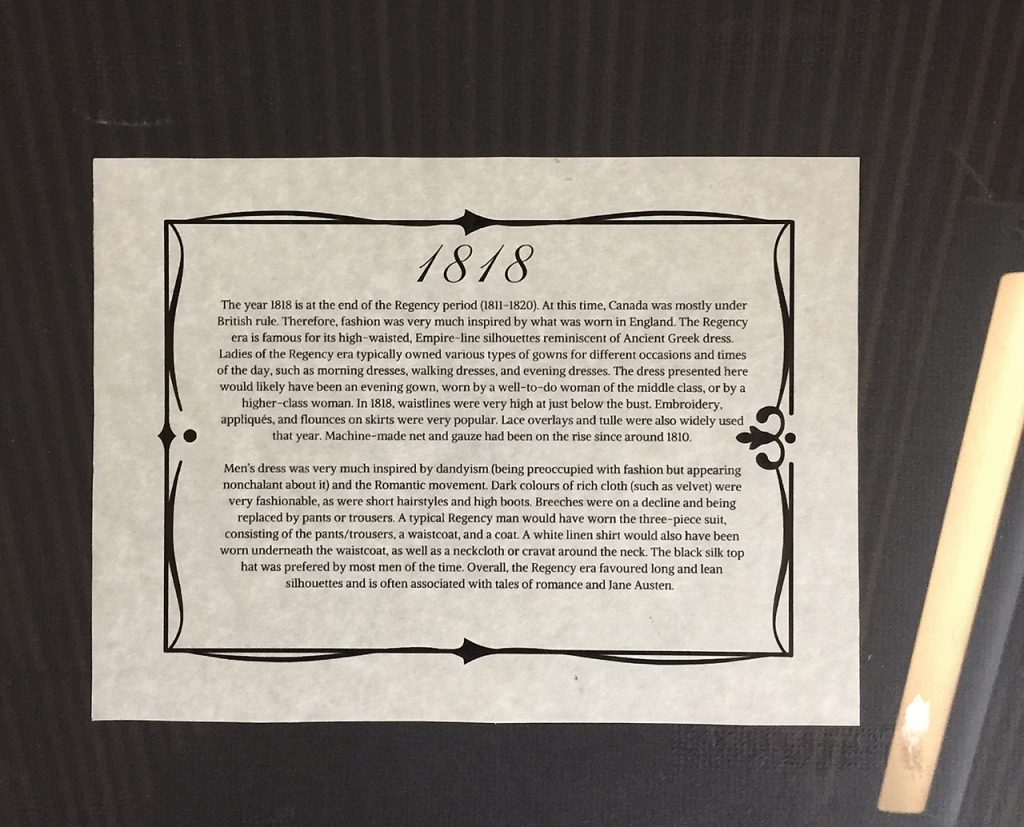