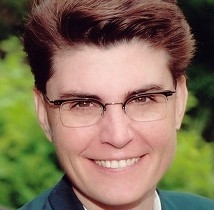 Dr. Carolan McLarney has explored the remarkable life of Mary Parker Follett since her doctoral days. 2018 is the 150th anniversary of Follett’s birth as well as the 100th anniversary of her book, The New State.  This is her second interview that discuses Mary Parker’s thoughts on Group Membership.

Mary Parker Follett valued membership in a group almost more than leadership.  She believed in the power of the neighbourhood group.  She suggested that it is within these groups that the opportunity for real contribution is possible.  In The New State (1918), Follett posits that when everyone is giving their full effort, then “leaders will arise among us” (p. 62).  If each one of the members of the group has the potential to be a leader of that group, then it is important to look at Mary Parker Follett’s views on group membership.  In her writing, she described the ideal group, where all were equal and had equal opportunities for contribution and leadership.  The group members are not clones, there are differences, and difference is welcomed.  But there does appear to be an underlying core of behaviours and traits.  This could be described as the `true heart of a group member’.  This `true heart’ has many dimensions and many obligations.  Mary Parker Follett took membership very seriously, she did not believe it was for the faint-of-heart, but she did believe it was the forum for change and hope for her society.

Miss Follett believed group membership was a responsibility.  These obligations include giving one’s total contribution, not holding anything back.  She explicitly puts forth the minimum requirements; one cannot sit back and watch:

“No member of a group which is to create can be passive. All must be active and constructively active. It is not, however, to be constructively active merely to add a share: it must be a share which is related to and bound up with every other share. And it must be given in such a way that it fits in with what others are giving. Someone said to me the other day, “Don’t you think Mr. X talks better than anyone else in Boston?” Well the fact is that Mr. X talks so well that I can never talk with him. Everything he says has such a ring of finality, is such a rounding up of the whole question, that it leaves nothing more to be said on the subject. This is particularly the kind of thing to be avoided in a committee meeting or conference.” (1918, p.7)

You must not let go of your ideas, but at the same time, you must be open for other’s ideas.  It is not a matter of one idea being relinquished and another being adopted, but rather “that there has been evolved a composite idea.”(1918, p. 6) Each member of the group must have a true a conviction to their ideas and they must be willing to recognize and respect a similar conviction in their fellow team-mates.  It is within this type of group that we begin to create, and what we create is something that is better than anything we could have created alone and separately.

Each group member is different from his or her team-mates, and a group power comes from the integration of these differences, “the only use for my difference is to join it with other differences.”(1918, p. 8)   It is this unification within the group that is the source of creation.   A solid member of the group is one who has a strong belief in their ideas, willingness to share those ideas and experiences.  Shared experience is shared wisdom and it is this shared wisdom that gives the group strength, solidarity and power.  It is the leader who is able to integrate this shared wisdom and mould it to form a common purpose.  In The Essentials of Leadership, Mary Parker Follett called this, “the invisible leader”. (1933, p. 287)

While she identified certain elements of leadership, Mary Parker Follett also wrote about the elements of group membership.  She believed that each member had to be worthy of that membership.  In Leader and Expert (1930), she suggests that for leaders to be completely effective and for the group to accomplish their goal, they must have “men whom it is worthwhile to lead.”(p.248) There is a need for competent leaders and a need for competent group members.  If either element is missing then we do not have a team, and we cannot create anything.

The final element of group membership is the role members play to help keep the leader in control of a situation. As a member of the group, one has a part of the leadership role, and therefore a sense of responsibility to the group.  All must work together, with the leader, to keep the group on the path to the common goal.  In this sense, the entire group works as one.  The wonder of working in a group is that no one works alone, all labour together.  Emerging from all of this is a form of communion and of a “partnership of following”. (Some Discrepancies in Leadership Theory and Practice, 1930, p. 289)

Prior to completing her doctorate, Dr. McLarney held management positions in various companies in the hospital, transportation, and consulting sectors. Her research interests include the interface between small businesses and international business strategy, and the use of strategic alliances to garner success.   Dr. McLarney explores issues relating to board governance, particularly the use of outside directors.