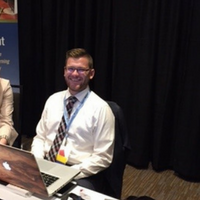 Bryce Cross is a fourth-year Bachelor of Commerce student majoring in Accounting. Bryce has been involved with multiple case competition teams as well as with the Dalhousie Accounting Society. Bryce entered the Institute of Advanced Financial Planners (IAFP) Student Presentation Competition to expand his network and to engage with a professional world that was completely new to him.

When asked about the benefits of competing in case competitions, Bryce was quick to talk about the opportunities that come from participation.  He described his newly developed network saying, “Countless doors have been opened for me as a result of the IAFP. Many of their members showed strong interest in having me become a part of their professional organization and/or part of their financial planning practice.”

Bryce discussed the skills that participating in competitions has helped him to develop, including strong speaking skills and building a valuable network. Overall, he noted that gaining a sense of accomplishment has been one of the greatest advantages for him, adding that he will look back on his university career with great satisfaction while many of his friends who didn’t get involved are regretful for not having done so.

“They (case competitions) are vastly more valuable than anything you learn in the classroom. The Rowe School of Business is all about experiential learning so if a student goes to the Rowe and isn’t getting involved, they aren’t really getting all they can out of their education.”

To find out more about case competitions check out the MCS website.