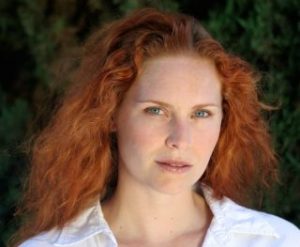 Most of us who live day in and day out with chronic illness—which includes chronic pain—don’t look different from the healthy people all around us. I remember seeing tennis great, Venus Williams, on television, watching from the stands as her sister played in the U.S. Open tennis final. Williams had recently been diagnosed with Sjögren’s Syndrome, an autoimmune disease. The announcers were talking about her illness as the camera moved in for a close-up. As I watched, I was certain that most viewers would be thinking, “But she doesn’t look sick.” I’ve met a women online who suffers from Sjögren’s Syndrome, so I knew that Williams was facing a hard—and a largely invisible—struggle.

What are some of the consequences of living in the invisible world of the chronically ill?

Being repeatedly told that we look and sound fine can lead us to think it’s our fault that we’re sick or in pain. We can be overcome with guilt, as if we’re failing those we care about, and we can feel embarrassed that we’re not living up to what we’ve convinced ourselves other people are expecting of us. The culture around us reinforces these feelings of guilt and embarrassment by sending the message that no one need be sick or in pain. We’re bombarded by news stories and advertisements telling us that we need only do this or do that in order to be healthy.

This expectation of health is especially hard on young people. Until I became chronically ill myself, I never realized how many young people struggle with their health. (I write about the extra difficulties they face in “The Extra Burdens Faced by Young People with Chronic Illness.”)

Having convinced ourselves that we’ve let them down, we may even feel guilty and embarrassed around our loved ones. I had to overcome the terrible guilt I felt over not being active in the lives of my two grandchildren. I had so many fantasies about what we’d be doing together. My oldest grandchild, Malia, lives in the city where I grew up—Los Angeles. I thought I’d be taking her to all my favorite places. My youngest grandchild, Cam, lives in Berkeley, only about an hour from where I live. I thought I’d be riding cable cars with her in San Francisco and going on Bay cruises that would take us right under the Golden Gate Bridge. Instead, I see her when my son’s family visits me in Davis.

When I finally realized that it was not my fault that I was sick, I was able to shed the guilty feeling that I was letting my granddaughters down. Once I did this, I was able to embrace my life as it is—sickness included. This freed me to look for ways to connect with Malia and Cam that didn’t include seeing them in person very often.

Frustration at the lack of understanding.

The “list of misunderstandings” is a long one. I wrote about some of them in “Six Common Misconceptions about the Chronically Ill.” Here are four more, particularly related to the invisibility of our medical conditions.

Illness-related pain and debilitating fatigue are not cured by engaging in strenuous exercise, although I’ve read many accounts of doctors who have prescribed this very treatment. This lack of understanding from the medical community can have serious, even fatal, consequences because we may become gun-shy about seeing a doctor when a new symptom appears—one that could be a sign of a life-threatening medical problem, unrelated to our current illness.

Second, we may be treated as malingerers by family members, friends, employers, the medical profession, even the general public. After I was interviewed on a local National Public Radio show, I received an email from a listener, telling me that he didn’t want his tax dollars going to support “an amotivational slacker.” Whoa. I was confused: Did he mean I was an “amotivational slacker” as opposed to a “motivational slacker”? I’m making light of his comment now, but at the time I read it, it stung—badly.

Third, people in chronic pain are often misunderstood and mistreated by the medical community. They get labeled as “drug seekers” in emergency rooms and, as a result, are denied much-needed pain medication.

Lastly, we face misunderstanding over what it means to be disabled. Just because we’re too sick to work and be active for extended periods doesn’t mean we can’t sometimes go out to a restaurant or have people over. This misunderstanding can have tragic consequences. I’ve read about people who’ve had their long-term disability payments revoked because an investigator who was sent to check up on them saw them being active in some way, perhaps going to the store.

I’ve learned that the burden is on those who are chronically ill to make the invisible visible to others. This entails educating people about chronic illness, although it’s good to remember that some people may never accept that we’re disabled by invisible pain or invisible illness. This inability on their part is about them, not us. They may not have had an experience with illness; it may scare them and remind them of their own mortality.

The kindest thing we can do for ourselves when people disappoint us is to accept that disappointments are an inevitable part of life and then cultivate compassion for ourselves over any suffering we’re experiencing as a result of their lack of understanding about what it’s like to live with invisible pain and with invisible illness.

The programs are on a variety of topics including healthy eating, physical activity, mental wellness, parenting, and reducing one’s health risks

Do you wonder how you can get a better night’s sleep? Have you thought about the connection between what you eat and how you feel? Do you want to improve your strength but are not sure where to start? Are you looking for effective strategies to parent your teenager?

All of the sessions are free for anyone who lives within the province; a valid Nova Scotia health card is required to register.

“We have 30 wellness sessions that are offered at different times throughout the day, including some that are offered over the noon hour or in the evening,” said Tina McPhee, team lead, Community Health Teams, Nova Scotia Health. “We’ve been offering wellness sessions online since April, and have had really good participation so far. Our sessions are a great way for Nova Scotians to try something new from the comfort of their own home, and to learn new skills or information to help them improve or maintain their health.”

The wellness sessions are offered online in a friendly group setting using Zoom for Healthcare, and are facilitated by health care professionals, including dietitians, physiotherapists, social workers, and occupational therapists.

Most sessions are an hour in length, and generally consist of a presentation, followed by a moderated group discussion.

“I’ve learned something from each of the sessions that I have done so far … [and] it was easy to join the group online,” said a participant. “I really liked that I could participate from home at a time that worked for me. I’ve been recommending these sessions to my friends.”

Some of the online sessions consist of a series, such as Your Way to Wellness, which is a six-week program that helps people with ongoing health conditions, such as diabetes or arthritis, to overcome daily challenges, take action, and live a healthy life. This particular program is led by trained volunteers, most of whom have chronic conditions themselves.

Visit www.HealthyNovaScotia.ca to see a full list of the online wellness sessions available this fall and to register online. 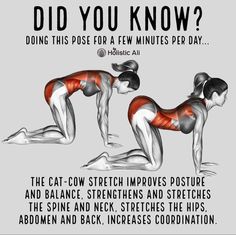 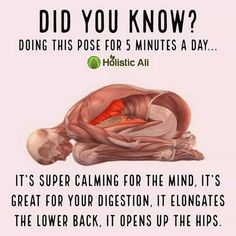 Short videos presented by physiotherapists at Dal’s Physioclinic are now available.  The first two are for neck stabilizer muscles and keeping a healthy back.  Visit here.

We may self-medicate or try treating our stress or physical discomfort by ourselves, whether it’s taking over-the-counter medication to ease a headache or enjoying a glass of wine after a particularly stressful day. However, when we regularly use alcohol, drugs (prescribed or otherwise) or certain behaviours, such as gambling, to deal with life’s challenges, we run the risk of abuse and addiction.

Self-medication can provide temporary relief, but over time can actually mask and worsen the underlying problems. Explore the most common reasons people self-medicate here: https://www.workhealthlife.com/Article/Read/avoiding-self-medication-tackling-root-causes-of-personal-issues
(Search “Dalhousie University” on the landing page to gain access to the full suite of content and services of your EFAP.)
Next Page »