New and past information about Dal Reads is available on the LibVine, the blog of the Dalhousie Libraries: https://blogs.dal.ca/libraries/

This blog space will no longer be maintained. Thank you for your interest in DalReads.

The first DalReads event of 2014 will be a book discussion that is open to all.

If you like to talk about books, and in particular, the DalReads 2014 title selection, Mr. Penumbra’s 24-Hour Bookstore, then come to the Dalhousie University Club Pub at 5 p.m. on Thursday, September 25. There will be delicious snacks and lots of great book talk.

Those under the age of 19 are allowed in the pub space, but of course, not allowed to order alcoholic beverages.

We hope to offer more programming as the fall goes along, so stay tuned to the blog and @Dalreads on Twitter. 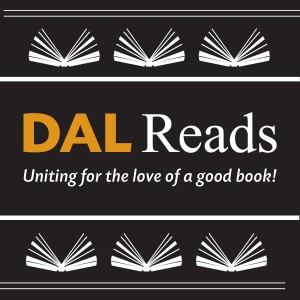 We’re encouraging all students, faculty, and staff to read the same novel during the summer. We will host related events in the fall. Think of Dal Reads as Dalhousie’s biggest book club.

This year’s book is Mr. Penumbra’s 24-Hour Bookstore by Robin Sloan. It was chosen using student suggestions, creating a shortlist, and then holding  a vote. All suggested titles were held against our recently developed selection criteria. 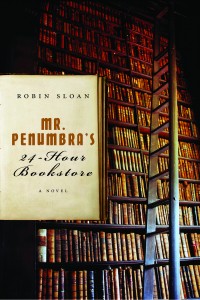 Get started by picking up a copy of the book. Then get involved in the discussions that will happen through this blog, Twitter, and Facebook. Your thoughts and opinions are encouraged. The discussion doesn’t stop here, though. Orientation week will kick off the Dal Reads activities. We will be having a variety of events for you to participate in. More information will be available soon.

And stay tuned to our social media accounts over the summer to win your copy of Mr. Penumbra’s 24-Hour Bookstore.

So far, we’ve set our goals for the program, as well as created a short list of titles for the Dal community to vote on. We’re looking for one book from this list to be our 2014 selection, and without further ado, here are the titles.

This Giller-shortlisted novel by acclaimed Canadian novelist Lynn Coady follows the story of Gordon “Rank” Rankin. Rank has always been cast as a tough guy and has eagerly lived up to this role, until tragedy strikes and he’s forced to disappear. Twenty years later, he’s back to tell his story and confront the truth he has been running from his whole life.

For more, check out reviews in The Globe and Mail and on GoodReads

Part mystery, part modern-day fantasy, this novel by Robin Sloan was one of NPR’s 2012 “Books to Hang On To.” When unemployed web designer Clay Jannon is hired to work the overnight shift at Mr. Penumbra’s 24-Hour Bookstore, he is warned not to open any of the old volumes in its dimly lit back shelves. When his curiosity get the better of him, Clay stumbles upon a world of secrets, codes, and mysteries that will lead him on an unforgettable adventure.

For more, check out reviews in The Boston Globe and on GoodReads

This novel by A. S. King is an unflinching look at the life of a reality television phenomenon after the cameras are gone.  Twelve years ago, Gerald Faust’s family invited the  reality television program Network Nanny into their home, exposing their dysfunction to the world and earning Gerald the nickname “The Crapper.” Now Gerald is in high school,  struggling to deal with his family, endure his notoriety, and work through a relationship in the aftermath of the spotlight.

For more, check out reviews in the New York Times and on GoodReads

How do I vote?

We are looking for your vote to determine which of these three books will be the Dal Reads selection for 2014.

There are four ways to send us your vote:

Voting closes on Sunday, April 13th! Get your vote in soon! 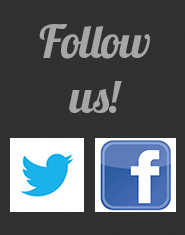 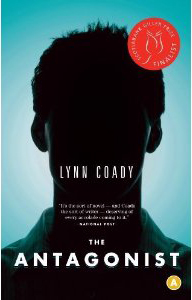 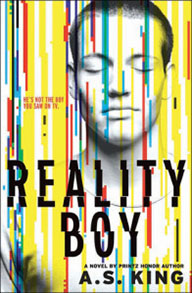 The Dal Reads team is excited to announce our 2014 shortlist:

We selected these  titles from a list of suggestions by student volunteers based on three criteria that we felt were important to an interesting and engaging Dal Reads experience:

Now, it’s your turn – What do you think of our top three choices? Which of these books would get your vote? The final decision will be based on your input,  so leave us a comment or find us on media to let us know what you think Dal should read in 2014.

We look forward to hearing from you!

Welcome back to the Dal Reads blog!

We are working hard to plan some exciting Dal Reads events and activities for the 2014-2015 school year!  This blog is a forum where you are able to share your thoughts and opinions about this year’s book and find the latest news and updates about the initiative.

What is Dal Reads?

Dal Reads is a campus-wide community reading initiative.  We’re encouraging all students and faculty coming to Dalhousie in September 2014 to read the same novel during the summer and we will host related events beginning in the fall. This project is an initiative of Dalhousie’s Libraries with help from students at the School of Information Management.

Similar activities have been happening at public libraries and university campuses across Canada. Dalhousie established Dal Reads in 2009. It is an opportunity for all of Dalhousie to come together in a new way, to promote understanding and connections at the university, and unite over the love of a good book.

How and when can I participate?

We will be releasing our short list of Dal Reads candidates soon, so stay tuned for the opportunity to have your say about the 2014 Dal Reads selection.

We’re in the planning stages of our fall events, but we will post the latest Dal Reads news on this blog as it is available.