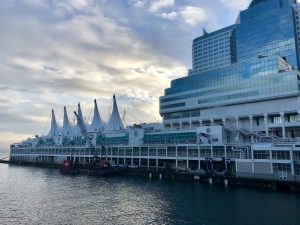 CEGE is heading to Vancouver!

The planning has begun!  Martine Durier-Copp will be in Vancouver next month and we welcome all MBA FS, MBA L, MPA(M), MIM students, alumni, friends of Dalhousie and their guest to join her for a cocktail reception on November 14, 2019.

This is a great opportunity to reconnect with your Dal peers, build new relationships and to catch up with what is happening at Dalhousie, the faculty and the programs. 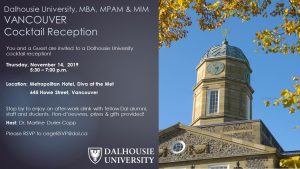 Are you celebrating an anniversary?  When we recognize milestones, we are reminded of the robust ties that bind our alumni community through the years 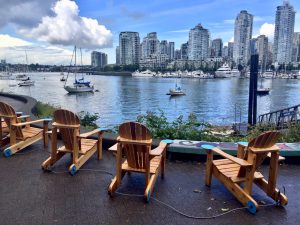